Earth Trines To Ease Our Minds... 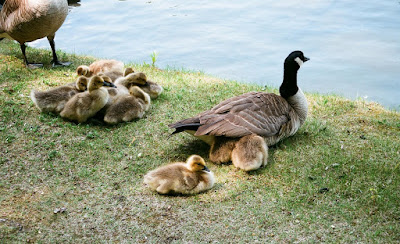 The Moon in Taurus conjuncts both Venus and Mars tomorrow morning (Friday) and then trines Saturn in Virgo. All this happens between 7:00 and 11:33 a.m. MDT.

The next morning, Saturday, the Moon moves to 26 Taurus and squares the Aquarius triple conjunction while sextiling Uranus in Pisces (also at 26 degrees).

These Moon aspects connect us emotionally to astro events just up ahead. We can feel them and start to get an emotional handle on them before they happen...

In Taurus, the Moon has an emotionally grounding and stabilizing influence. Thank goodness.

The astro events the Moon is preparing us for are the Venus-Mars conjunction in Taurus, the subsequent trines of Venus and Mars to Saturn in Virgo, and the squares of Venus and Mars in Taurus to the Aquarius bodies (Chiron, Neptune and Jupiter - all moving retrograde) while also sextiling Uranus in Pisces.

You'll recall that we have recently experienced a Venus retrograde period in Aries, which started a new 18-month Venus cycle. At the same time, we started a new 8-year cycle.

During its retrograde, Venus moved back to 29 Pisces, the final degree of the zodiac, for some relationship closet-cleaning. We turfed out old, dusty relationship dynamics and ghosts of relationships past that were taking up subconscious space.

As Venus was just moving direct again on that 29th degree of Pisces, Mars came along on April 21 and conjuncted it. 29th degree Pisces conjunction of Venus and Mars. Hmm...clearing out layers and layers of relationship dynamics and etheric impressions through spiritual/ancestral lines. Looking for a clean slate in the biggest, most all-encompassing way.

Combine that with almost immediate squares of both Mars and Venus in Aries to Pluto Rx in Capricorn, and we had a potent force designed to cut the crap in our relationships and in how we went about having our needs and wants met within those relationships. Nuclear meltdown time for any relationship detritus holding us back from our most vital, sustaining relations. Including entire relationships that we had outgrown.

As I said in a previous post, relationships that could no longer handle who we really were (or that were never quite right to begin with, all things considered) had to be left in the dust.

So throughout the second half of April, May and the first three weeks of June, Venus has trailed just behind Mars in the zodiac. They moved from the 29th degree of Pisces through Aries and half of Taurus in this formation.

And now Venus finally passes Mars in Taurus. They come together at the 15th degree on Sunday, June 21 at 7:09 a.m.

This has been a long-awaited union. It is with relief that Venus finally meets Mars here, and it should take some of the edge off. We've had a lot of battling, willful energy of late, and now Venus should soften the edges a bit. Here's the love, with Venus in its own sign. Earthy, practical, real, loving. Relaxing into the relationship changes we've made (including with the relationship to ourselves) and seeing that yes, they were all for the better. Getting a handle on where we are now, post-Arien battles and Plutonic meltdowns, and appreciating the new foundations we're building.

Big emphasis on maintaining boundaries. We've just learned a lot about ourselves and our relationships, and now we have to put what we've learned into practise. No falling back into old, habitual patterns.

Just after this conjunction, Venus and then Mars will trine Saturn in Virgo. A nice support for those Saturn in Virgo things we've been struggling with - health, daily work and service, habits, analysis, details, personal discernment, preferences, stripping away the unnecessary, making things right, staying on the right track, creating healthy, functioning systems, etc. If the weight and pressure have become almost unbearable on this front, these trines should offer assistance.

Things have been an immense struggle on the material/physical front for a lot of people. Money, employment, security, stability, trying to get things going in a concrete way...lots of stuck feelings, frustration and dead ends.

But the Sabian Symbol for the degree where Venus and Mars come together is encouraging:

An Old Man is Attempting, With a Degree of Success Unsuspected By Him, To Reveal The Mysteries To a Motley Group.

To me, this, combined with trines to Saturn in Virgo and in light of the Aquarian vibes, suggests that our efforts have not been fruitless. We are making more progress that we can see toward a better future for all.

And all THIS goes down during the Dark of the Moon in Gemini, on its way to the New Moon at 1 degree Cancer at 1:35 p.m., June 22. Some nice, earthy, supportive aspects as we finish the lunar month and begin a new one...

But it just wouldn't be these times we're living in if it were too nice, would it? :)

Immediately after the New Moon in Cancer, the Moon opposes Pluto (2:22 p.m.). And during the wee hours the next morning (1:42 a.m. on Tuesday, June 23), the Sun in Cancer opposes Pluto in Capricorn at 2 degrees of the signs. Yet more Plutonic shedding related to emotion/decision-making, inner wisdom/external progress, home/business. Old school Capricornian structures and old school emotional habits getting the Plutonic meltdown treatment. Breaking down what will no longer sustain along those lines. Letting go of the structures of the past and the emotional ties that bind us to them.

The Moon's movement in Taurus over the next two days is also preparing us for the squares of Venus and Mars in Taurus to Neptune, Chiron and Jupiter in Aquarius.

Venus and Mars are moving toward these squares now, and we should experience some pressure building toward the end of June. Venus squares these bodies July 1, and Mars does July 6 - the day before the lunar eclipse at 15 degrees Capricorn (trining Saturn in Virgo). A lot of earth energy involved here, which makes me think there will be more concrete progress involved. (Fingers crossed!)

We've already experienced the Sun in Taurus and Mercury in Taurus (three times due to the retrograde) squaring the bodies in Aquarius. This Taurus energy is the grounding, "keeping it real" influence on that triple conjunction - which hasn't been an easy function to play. That triple conjunction has an intense agenda of its own, and staying in the here and now, feet on the ground, has been a challenge, to say the least.

But now, all three bodies in Aquarius - Neptune, Chiron and Jupiter - are moving retrograde. We go back over the territory we've covered since these bodies first came together. This is a good thing because I'm not quite sure just what ground we have covered. haha! So much of it was related to the unseen, energetic realms. A lot of dreamy, dreamy future-oriented stuff, but also with a wounded dystopic vision mixed in there at times. The dangers of not keeping it real were very apparent with this one.

Anyway, I think the Venus-Mars squares will now be able to hold their own with this triad. The earthy, grounded influence should be able to dig in more substantially now that these three bodies are in retrograde motion.

Making the promise of these times a reality. Keeping a realistic, practical outlook and taking concrete steps instead of being swept away/off course by the possibilities and the dreams.

So yes, this means that all three outer planets (Uranus, Neptune and Pluto), as well as Chiron and Jupiter will be moving retrograde by July 1. We've got a lot of processing and recalibrating to do related to what we've just experienced. (What WAS that all about? hahaha) There are a lot of pieces we missed the first time over these zodiac degrees (especially with Neptune and Chiron involved), and we need these retros so that we don't get too far ahead of ourselves. Don't think of retrogrades as a negative thing. It's very important that we stay on track, and we now take a sober second look at things while all these bodies are in retrograde motion.
Posted by Willow at 7:28 PM

Looking forward with hope. Thank you for your posts.

been just thinkin' of the mother-child dynamics - IMO, l'il else can be as 'charged'!

thank you for the beautiful pic.! :)

Yeah, some mother-child stuff (and family stuff, in general) could definitely be kicked up by this New Moon opposite Pluto. Eep.

Aren't those little goslings cute?! And the way the mother has her wing over two of them. So sweet.

Willow, You are smackdabdeadon as usual.
I'm a real dodo with nuts and bolts tho, and wonder if you'd explain what is meant by 'disposited'? I Googled*(*TM?!)it and found nada -

The dispositor is the planet that rules the sign another planet is currently occupying.

It adds a layer of influence.

So for example, when the Sun is in Gemini, the dispositor of the Sun is Mercury (because Mercury rules Gemini). Mercury in whatever sign it is in at that time is the added layer influencing the Sun in Gemini.

Right now, the Sun is in Cancer, so the dispositor is the Moon (Moon rules Cancer). The sign the Moon is in (which changes every 2-ish days) and the Moon cycle are influencing what we're expressing in the current moment. A combination of self-expression and reflection/emotion...very changeable and emotional. The eclipses we're heading into are influencing the expression in our current, conscious moment.

Mercury and Venus are currently in signs they rule...so no dispositor.

Mars in Taurus is disposited by Venus in Taurus (double dose o' Taurus).

Jupiter, Neptune and Chiron are in Aquarius, disposited by Uranus in Pisces.

So these all changes as the planets/bodies change signs...