As we moved through the first quarter of 2021, Jupiter and Saturn were traveling in conjunction in Aquarius. The exact conjunction of these two bodies, initiating a new 20-year cycle, was exact on December 21, 2020 at 0 degrees Aquarius. Jupiter and Saturn have now moved out of orb of this conjunction, but the imprint they've created will be with us for many years and even decades.

Saturn first cracked the seal on the sign of Aquarius from March 21 to July 1, 2020. This period coincided with the rapid rollout of 5G infrastructure in countries around the world as the powers-that-be attempted to cement (Saturn) a technological advancement (Aquarius) that would provide them with unprecedented control over human beings, human communities, and life and energy on the planet. In effect, this was a concrete attempted takeover by the Technocracy, pushing a brand of globalized, top-down social engineering that would "transform" our societies and lives without our permission.

With the addition of Jupiter in Aquarius, 2021 marks an attempted expansion of this technology-based control grid, along with lock-step advancement of Technocratic social engineering around the world. A key element of this involves indoctrination into the United Nations' Agenda 2030/Agenda 21 and its "Sustainable Development Goals." 5G-driven Smart Cities are a major component of this so-called "green" agenda.

All this is being described in glowing terms by the telecommunications industry, government, and mainstream media, as a highly benevolent (Jupiter) and much-needed advancement (Aquarius) for human society.

They also talk about it as if it's a done deal.

And this is where the people come in - the Aquarian community of people who simply will not live in this way. Pluto in Aquarius (2023 - 2044) is a transit that can empower people around the world to resist technology-backed authoritarianism while creating and living a preferable alternative, solving their own problems directly.

The establishment holds a false version of power (Pluto) that must be enforced through fear, coercion, manipulation, intimidation, deceit, and violence.

We hold the true power, the power of what is good and right, of what is in the true best interests of living things on this planet.

Don't forget this distinction, especially in times when it (falsely) appears that the power-hungry nogoodniks of Planet Earth are prevailing. 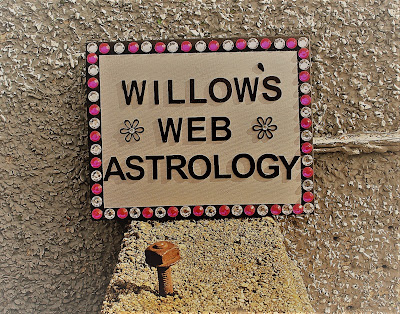 "Self-Healing Activations and Shaking Things Up with the Goddess of Discord" is an article available to Willow's Web Astrology patrons.

Posted by Willow at 2:44 PM No comments: 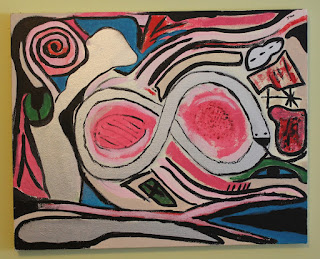 This is a Plutonic awareness article discussing suicidal tendencies associated with contacts between Mars and Saturn and particularly square aspects between those two bodies. This article will not be everyone's cup of tea, but as a Plutonic astrologer, I do think the exploration of this topic is valuable if done with love and respect.

Mars-Saturn contacts, and particularly the square aspect, indicate the potential for acute challenge and difficulty. If placements in the natal chart are being aspected, a person can feel as if he or she is being held or trapped within tremendously tough circumstances without a viable route through them. Pressure, frustration, and despair can build to extreme levels under these contacts, and this has been shown in the past to increase the risk of suicide. A permanent decision (Saturn) is made, perhaps impulsively (Mars), that cannot be taken back. This most permanent of decisions is made in an attempt to deal with difficulties that, no matter how complex or challenging, are most likely temporary in their acute severity.

Under Mars-Saturn contacts, and particularly a Mars-Saturn square, we can feel as if our forward-ho motion is being stalled, blocked, or restricted in despair-inducing ways. We can feel as if our will is being thwarted and our movement painfully restricted. There can be a feeling that any action taken is pointless or that it will not bring about the desired result. There can be intense fear related to taking any action at all, creating a feeling of being stuck in the circumstances or problems with no outlet or solution. Our responsibilities, obligations, and challenges can seem tremendously heavy and exhausting under these contacts to the point that we doubt our ability to deal with them successfully.

Saturn can convince us (erroneously) that our problems will be this tough forever, that we've made no progress, and that there is no way out, no solution.

Mars-Saturn contacts, and particularly squares, have a tendency to stir "between a rock and a hard place" frustrations. It can seem as if any move we make will be inadequate. Extremely uncomfortable conditions can arise and be prolonged under these contacts.

Mars and Saturn are the two malefic planets of the zodiac. They can be really nasty buggers. When Mars and Saturn form a 90-degree square aspect, the two bodies are interacting in a particularly frictional, tense, and potentially frustrating way. It may seem, under this aspect, that we've been stuck with the same set of problems for our entire lives, never able to gain satisfactory traction toward a long-term solution. We may be rubbing up against certain aspects of our circumstances in frictional ways, stirring feelings of anger, impatience, frustration, dread, fear, self-doubt, or defeat.

Mars-Saturn contacts are an indicator that we’re being challenged to do things we don't really want to do, things we don’t feel we have the strength or energy to do at that moment. The feeling of being forced to make a move then kicks up anxiety, fear, and dread.

Mars-Saturn contacts, particularly the square aspect, can indicate extreme or even intolerable frustration. These contacts can indicate restrictions being put on our ability to take action or our ability to achieve outward success within given conditions. The difficulties associated with Saturn - fear, dread, self-doubt, depression, low energy, lack of motivation, financial or career challenge - are inflamed, activated, and stirred up (Mars). There can be a feeling of not being up to the task at hand, of not being equipped to fulfill our obligations and responsibilities or the requirements of our public facades.

In my observation, the Mars-Saturn square can be particularly harsh for men. It may be more difficult for men to talk about their challenges, especially with depression or mental/emotional health. Failure, especially career failure, may be an all-pervading fear and could lead to feeling like a failure as a person.

Under transiting contacts, the most acute challenges are most often temporary, and things generally seem more difficult than they really are. Giving things more time is often a good strategy.

Saturn relates to fear and self-doubt, and the influence of Mars inflames or exacerbates these difficulties to a point where they might not seem manageable anymore.

There is an intersection between anger (Mars) and depression (Saturn).

Of course, there are many beneficial elements to the Mars-Saturn contact, as well. It indicates the drive and the will (Mars) to tackle tough challenges step-by-step (Saturn), challenges that others might buckle under. Working through difficult emotions and learning new strategies for dealing with those emotions allow us to make solid progress that puts us in stronger long-term position. These are contacts that can help us to face our fears and take action in our lives. These contacts create the energy and the impetus to overcome even long-standing problems and obstacles. If the (sometimes extreme) difficulties of these contacts are worked with patiently over time, we can make very substantial and satisfying progress. We can come into a new level of authority, self-control, and self-mastery by meeting their challenges. Elements of our lives that seemed outside our control can slowly come under our personal dominion.

We experienced a prolonged square between Mars and Saturn in 2020 and early 2021. This coincided with "lockdown" restrictions around the world that put many people in very precarious financial and emotional/psychological territory. Suicides have been reported regularly throughout this period, but official statistics in most countries will not be available possibly for years. We will have to wait for the statistical data to see whether lockdown measures coincided with increased suicides (and related deaths like overdoses). Anecdotal evidence indicates that this is the case.

March 8, 2021: An Astrological Review of Two Chiron in Pisces Ocean Disasters at their 10th Anniversaries: the Gulf of Mexico Oil/Corexit Disaster and the Fukushima Nuclear Disaster

March 11, 2020: So You're Woke AF? How Much Do You Know About the Fukushima Nuclear Disaster?

March 11, 2019: Chiron in Aries and Uranus in Taurus Mark the 8th Anniversary of the Ongoing Fukushima Nuclear Disaster

July 28, 2018: Deconstructing the Worldwide Media Blackout on the Ongoing Fukushima Nuclear Disaster: California Wine is Just the Tip of This Radioactive Iceberg

July 6, 2018: Chiron Retrograde in Aries/Pisces: Pulling Our Heads Out of the Radioactive Sand...or Bust!

March 8, 2017: The Six-Year Anniversary of the Ongoing Fukushima Nuclear Disaster and the Collapse of the Pacific Ocean Ecosystem

November 11, 2015: Canada's Vested Interest in the Protection of the Nuclear Industry Via Continued Lies About Fukushima

September 8, 2014: Mercury Moves Into Potentially Volatile Territory: the Dangerous Job of Justice-Fighting on an Unjust Planet

May 21, 2014: If You Are Still Eating Pacific Ocean Seafood, Now is the Time to Stop

February 17, 2014: Keeping Our Heads Above Water During Another End-of-Era Pisces Season

December 31, 2013: New Moon in Capricorn: Fukushima, Gatekeepers, and the Big Responsibility of Thinking For Yourself

September 1, 2013: What You Should Know About the Ongoing Nuclear Disaster at Fukushima, Japan

March 11, 2012: Stationing Mercury Conjunct Uranus in Aries on the One-Year Anniversary of Fukushima and a Retrograde Over the Zero Aries/29 Pisces Point

May 29, 2011: Ripple Effect Ceres-Pluto in Capricorn Themes and Radioactivity in Food

March 16, 2011: Uranus in Aries Ushers in an Era of Unnatural Disaster

An Astrological Review of Two Chiron in Pisces Ocean Disasters at their 10th Anniversaries: the Gulf of Mexico Oil/Corexit Disaster and the Fukushima Nuclear Disaster

April 20, 2020 marked the 10-year anniversary of the British Petroleum/Deepwater Horizon oil gusher and Corexit disaster that poisoned and continues to poison the Gulf of Mexico and the plants, animals, and people living in the area.

March 11, 2021 marks the 10-year anniversary of the Daiichi nuclear power plant disaster at Fukushima, Japan that poisoned and continues to poison the atmosphere, Pacific Ocean, and plants, animals, and people all over the world.

I've covered both disasters on this site:

This article looks at astrological and thematic similarities between the two and illustrates how these are actually ongoing disasters.

As you can see in the charts below, both disasters occurred with tight conjunctions between Neptune in late Aquarius and Chiron in early Pisces.

Wounded healer Chiron (wounds, injuries, health, healing, lessons) was just beginning its transit of Pisces (oceans, oil, dissolution, dispersion, the invisible) as these disasters were initiated. In both cases, we see tremendous harm to the health of the oceans and to all life connected to them.

Neptune in late Aquarius was in a mutual reception and tight semi-sextile aspect to Uranus in late Pisces in both charts. Mutual reception means each planet was inhabiting the sign ruled by the other at the time of the disasters. This intensifies the interplay and the inter-meshed themes between the two, including the element of instability and explosiveness, as well as the magnitude of the shocking or unexpected events involving the ocean. 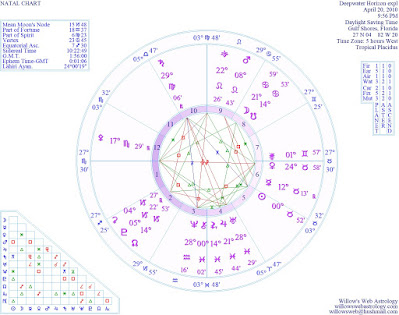 This event occurred on the day of the Chiron ingress of Pisces.