New Moon in Cancer Conjunct Black Moon Lilith: Emotional Empowerment Through the Nullification of Authoritarianism in All Forms

Well, this Cancer season, so strongly coloured by Black Moon Lilith energy, has been one for the history books - and not in a good way.

The authoritarians are swinging their dicks (or their tits) around pretty fast and furious these days on multiple fronts, trying to convince us that they hold legitimate authority over us, over our values, over our decisions, over our bodies, and over our lives.

The man-made, coercion-driven, violence-enforced version of authority they hold is false, fake, corrupt, illegitimate, and oh-so-flimsy.

But Pluto (power) is in its last gasp in Capricorn (institutions, hierarchy), you see, and the race is on to lock down their Grand Authoritarian Schemes and all the control that goes along with them before Pluto shifts into Aquarius in March 2023.

Of course, most recently, we've seen the (obviously orchestrated) overturning of Roe vs. Wade in the United States, which will make abortion illegal in almost half of the 50 states unless those states overturn their own laws. (That's a very real possibility in some of those states.)

The Sun entered Cancer, the sign of mothers, family, and the feminine, on June 21, marking summer solstice in the northern hemisphere. Roe versus Wade was overturned on June 24.

The Sun joined Black Moon Lilith, the point of deep, dark, denied feminine experience, in the sign of Cancer. Black Moon Lilith has been moving back and forth between Gemini and Cancer since December 2021.

Today, we experience an extremely powerful New Moon at 7 degrees Cancer (8:52 p.m. CST) that falls tightly conjunct Black Moon Lilith in Cancer and exactly square Jupiter in Aries. The Sun and Moon are coming together at the lunar apogee - the point in the Moon's orbit where it is furthest from Earth. This indicates a month-long lunar cycle (June 28 to July 28) characterized by emotional extremes and dark emotional states connected to the historical mistreatment of women, mothers, and the feminine. We're being stretched emotionally to the furthest points we can possibly tolerate - and hopefully not beyond. Conditions are being orchestrated to exhaust and deplete us emotionally, and we must see through these orchestrations if we are to maintain an even keel.

The New Moon in Cancer conjunct Black Moon Lilith is occurring in exact square to Jupiter in Aries, which puts issues around reproductive rights and the active fight for those rights in the Cosmic Spotlight. There is an undercurrent of ugly misogyny being exposed, being thrown under the spotlight, as well as the historical authoritarian control of women and the feminine. These are all Black Moon Lilith in Cancer themes. 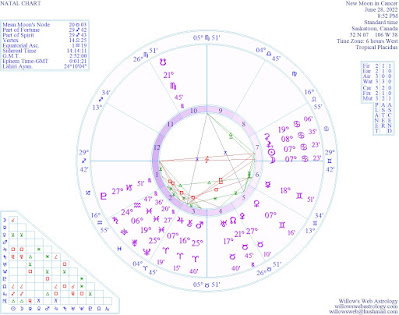 This astrology indicates a lunar cycle (June 28 to July 28) with a very deep, complex, and often disturbing emotional tenor. The emotional subtext is heavy, immersive, difficult to deny. We're working through some emotional trigger points, some trauma, and some historical (and present day) misogyny and mistreatment of women and the feminine.

The Astrology of the Punk Movement: Saturn in Leo in Closing Square to Uranus in Scorpio (1975 to 1977) 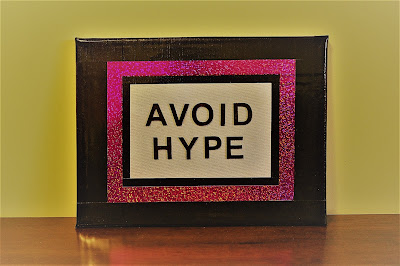 Some Good Punk Advice - Duct Tape Art by Willow
Saturn is stationing retrograde today at 25 degrees Aquarius (3:47 p.m. CST) in a loose square aspect to Uranus at 16 degrees Taurus. The transiting Leo Moon (art, creativity, style) activates the Saturn-Uranus square today and tomorrow as it forms squares to Uranus, the North Node of the Moon, and Mercury in Taurus and an opposition to Saturn in Aquarius.
Saturn will now retrograde in a tightening square to Uranus, stationing direct at 18 degrees Aquarius on October 22 in a square to Uranus at 17 degrees Taurus, just one degree off an exact aspect. The Saturn-Uranus square will be most strongly in effect from September equinox to December solstice, indicating a final quarter of 2022 characterized by further structural changes, adjustments, and re-positioning.

The Saturn in Aquarius square to Uranus in Taurus was most strongly in effect throughout 2021 with three exact aspects: February 17, 2021 at 7 degrees; June 14, 2021 at 13 degrees; and December 23, 2021 at 11 degrees. The energy and themes of this square start to intensify once again as we move through the summertime ease and into fall of 2022.

Saturn square Uranus indicates rebellion (Uranus) from the establishment (Saturn), a desire to break free from the corrupted and stultifying status quo. We've seen these themes in spades in 2021/22 under a "locked down" planet being coerced, manipulated, lied to, and harmed by pyramid scheme power mongers.

In many ways, astrology is the study of natural cycles and patterns. We look to aspects and events from the past to inform us about our present and our future.

In both cycles, Saturn and Uranus were squaring off in fixed signs, indicating very hard-won progress within difficult circumstances. With the fixed signs, it can be hard to budge things in a new direction, but once progress is made, it has long-term staying power.

Under a Leo Moon stirring previous (Moon) creative efforts (Leo), this is a re-post of an article I wrote for Hexagon Astrology Magazine on the astrology of the punk movement. This astrology included the closing square between Saturn in Leo and Uranus in Scorpio.

Disclaimer: I realize this article is terribly American-centric and that there is an equally strong, maybe even stronger, argument that punk was born out of the intense class struggles of 1970s England. This article is talking about the phenomenon of punk bursting onto the mainstream radar screen, though, and I do believe it was the New York City punk scene that brought punk to that "bigger, bolder, and more famous" platform, for better or for worse.

Astrology of the Punk Movement

Published in the Summer 2016 issue of Hexagon Astrology Magazine 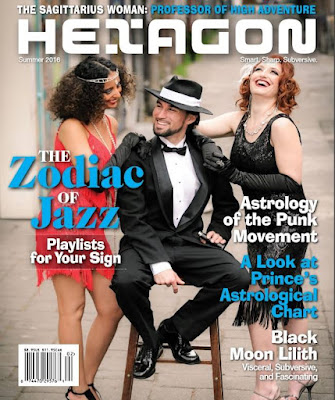 The exact date of birth for the punk movement can be debated, but amongst those in the know, there is no doubt about the year punk was officially unleashed on the planet: it was 1977.

There is also no doubt about the location of punk’s birthplace: New York City.

The collective psyche of the United States of America was in tatters at the time in the aftermath of the Vietnam War.

The United States – and much of the world – was left reeling after two decades of mass graves, napalmed children, and American flag-draped serviceman caskets floating in nightmare images across their television screens.

The war waged by the United States against the Vietnamese officially ended in 1975 after two full decades of warfare. Somewhere between 800,000 and three million Vietnamese had been slaughtered, along with hundreds of thousands of Cambodians and Laotians and more than 58,000 U.S. soldiers.

The average age of a U.S. soldier killed in Vietnam was 23 years old.

By 1977, the peace-and-love hippie movement had reached a peak and was dissipating.

The anti-war activists and counter-culturalists were exhausted, strung out.

Disco was on the airwaves, attempting to block disturbing reality with catchy beats, funky dance moves, and shiny costumes.

The time was ripe for a big social reaction. 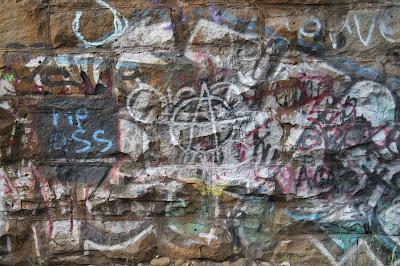 Posted by Willow at 1:46 PM No comments: