New Moon in Capricorn: Fukushima, Gatekeepers, and the Big Responsibility of Thinking For Yourself 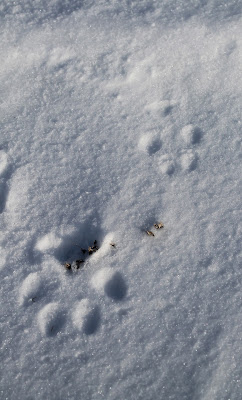 Stay on the trail...
Photos: Willow

We open into 2014 with a Plutonic-Mercurial New Moon in Capricorn on January 1.
The Sun and Moon come together in New Moon conjunction at 10 degrees Capricorn at 5:14 a.m. CST, taking us on a trip through the deep, dark, thorny underworld as we start the new year.

This New Moon falls closely conjunct both Mercury (mind, communication, information) and Pluto (hidden, power, poison), indicating that a major theme for the new year involves breaking the hold of mainstream media and its "official sources" in order to get to a clearer understanding of our reality on the planet.
As we start the new year, information (Mercury) is power (Pluto), and we have to take a much closer look at the power dynamics hidden amongst the messages coming to the populace through media and corporate communications.
With the planet in its current state of ongoing orchestrated collapse, many people are looking to "authority figures" to tell them what to think. A good, old, strong and stern and responsible Daddy Dearest to tell them what to do and what to pay attention to.
And this practice could not be more dangerous to the future of life on this planet.
The problem is, the "authority figures" are playing the game within rotten-to-the-core Pluto in Capricorn hierarchies. The "official sources" are mostly bought and paid for at this point, looking to cover their own asses and protect their own  positions within the rotten power hierarchies. These authority figures are passing bad information around on heavy rotation, looking to further their own interests while manipulating and placating the public.
This practice is deadly (Pluto), make no bones about it, and nowhere is this more so the case than with the information, analysis, and discourse surrounding the ongoing Fukushima nuclear disaster.

In Canada, we have a go-to scientist for the masses by the name of David Suzuki. Suzuki travels around Canada and the world via carbon-spewing airplane to paid speaking gigs (usually on climate change) where he pockets up to $40,000 a pop.

You'll see him in a photo to the left (Holger Motzkau 2010, Wikipedia/Wikimedia Commons) accepting his "Right Livelihood Award" in 2009. (barf) In 2004, a poll taken by the state broadcaster here named him the Greatest Living Canadian. (barf again)
I noticed some previously uninterested ears started perking up in late 2013 when Suzuki released information on Fukushima. All of a sudden, with David Suzuki weighing in, people started to take a bit of notice.
Suzuki really got people's attention when he said that we could potentially be facing the evacuation of the West Coast of Canada and the United States due to the radioactive fallout from the Daiichi nuclear reactors at Fukushima, Japan.
The problem there is that we've known what Suzuki was stating - and much more - for almost three years now. He was not producing any new information or analysis (though it may have been news to most of the mainstream public). He was not producing any crucial research of his own - though he has the means and resources to produce it.

Instead, he was using an "old news," sensationalized angle on Fukushima to get the public's attention - and to hold it.
And here we have an illustration of the "gatekeeper" effect.
Read more »
Posted by Willow at 12:17 PM 23 comments:

A Peaceful and Contented Solstice to You from Willow's Web Astrology 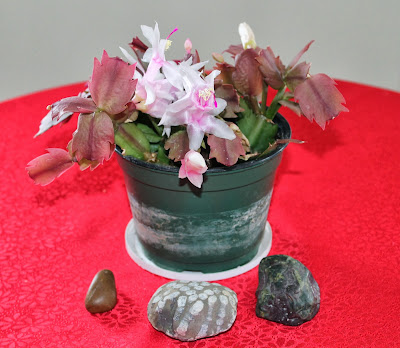 Cactus plant flowers signal a time to draw back in, to relax, to ease your pace.
Photos: Willow﻿

In the northern hemisphere, this is a time of year to draw back into ourselves, to relax our pace, and to let go of some of the usual demands on ourselves so that the mysterious dark half of the year can weave its magic.

My cactus plant (inherited from my sweet Sagittarius Grandma, born today) is blooming beautifully now, and we can take our cues from it and from the rest of the natural world.

When the days start to get shorter and the sunlight weaker, the cactus plant takes it as an opportunity to produce its beautiful flowers. The plant draws back into itself for a while, slowing its overall growth, and the gorgeous blooms are a result.

To experience the beauty and mystery of this time of year, rather than the depression and low energy, it's necessary that we regulate our lives according to a slower pace. It's necessary that we ease up on ourselves. Just as the plants and animals are not pushing full speed ahead now, we must check in with our bodies and with how we feel. We must check in with our energy levels, first and foremost, rather than deferring to the never-ending To Do lists of things we "have to" complete.

One of the major problems with the corporate model of living and working, particularly under Pluto transiting Capricorn, is that it does not take into account the natural ebb and flow of energy in biological life forms.

People are put on the clock, on standard schedules year-round, and this sets them up for dysfunction, ill health, anxiety, depression, and a sense of failure if they cannot complete the usual list of tasks in the usual timeframes.

There is very little "letting up" in the current structures according to the cycles of nature.

The standard schedules, the demanding routines, and the lists of action items are relentless, and this is a big part of what puts people's systems off course. They will often then blame themselves for a "lack of productivity," asking why they can't just be "normal," and this increases the bad feelings.