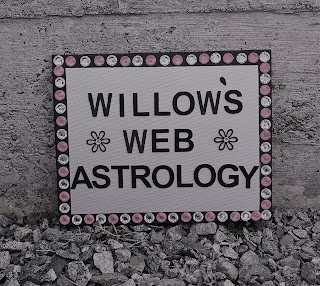 Hello! This is a note to let people know I'll be unavailable for astrology readings or tutoring during the month of September 2021. I'll be back in October. I'm sorry for any inconvenience this might cause.

Posted by Willow at 2:08 PM No comments: 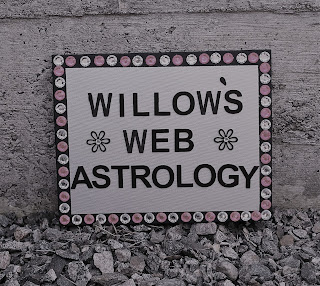 Action, anger, and sexuality planet Mars takes about two years to move through the entire zodiac, which means it swings back through a particular sign once every couple years.

The last time Mars transited Virgo was mid-August to early October 2019. The next time Mars will transit Virgo is July/August 2023.

The articles I'm re-posting here were written for an extended Mars in Virgo transit, including retrograde period, from November 10, 2011 to July 3, 2012. We were fully immersed in the energy and themes of Mars in Virgo during that time, and these articles provide a little check-in on how we've progressed since then.

Mars will next be retrograde in the sign of Virgo in January/February 2027. Since Virgo is a sign of proactivity and productivity, adjustments and tune-ups made now may bear fruit then, making that transit and retrograde a little easier to navigate.

In 2011, Mars began its transit of Virgo in an opposition to Chiron and Neptune in early Pisces. This time around, Chiron has moved into Aries, and Neptune is further along in the sign of Pisces.

Mars in Virgo will form a very potent trine aspect to Uranus at 14 degrees Taurus on August 21, 2021. Uranus will have just stationed retrograde at that time (August 19) ahead of a powerful 29-degree Aquarius Full Moon on August 22, the second Full Moon in Aquarius we experience this July/August. The earth trine between Mars and Uranus indicates an exciting and productive period of time, a time when we're given an energetic (or anger-induced) boost to make changes to our routines and status quo realities that can then create larger breakthroughs. This trine indicates good energy for breaking habits and changing patterns, especially as they relate to health (including financial health), diet, exercise, routines, and boundaries.

Mars in Virgo will form an exact opposition to Neptune in Pisces on September 2, 2021 at 22 degrees of the signs. This opposition is influential from August 18 until Mars enters Libra on September 14. The Mars-Neptune opposition brings in some blind spots and some coping mechanisms but also the spiritual perspective we need to power through and make some needed changes or adjustments. Accidents and physical injuries can be more prevalent under Mars-Neptune contacts, and strange health symptoms can pop up. Focused attention on our physical bodies in the material realm will be required throughout the Mars in Virgo transit.

Love, relationship, and aesthetics planet Venus is also in Virgo until August 15, making the masterful application of Virgoan energy even more appealing - or even required in our relationships and social settings.

From the January 23, 2012 article on the Mars retrograde station, Mars Retrograde in Virgo and the Active Re-Organizing Principle Comes Out in Full Force January 23 - April 13, 2012

"Virgo is one of the quieter placements for Mars. Mars is active here but only in the ways that count. No excess of motion, exertion, words, mental function, or use of will. Small movements, adjustments, and re-direction have big effect, and temperance rules, as too much effort in one direction results only in energy expended for self-correction.

The energy on the planet will be getting very bizarre and out of control at times over the next years, and things can really go haywire if we allow them to. This is why we need the Virgoan qualities applied through the iron will of Mars to set our courses now, doing battle on the fine points.

If we're oh-so-careful and diligent, smoothing every screwy detail, critiquing every glowing illusion, attending to every nagging issue, we set a tone with this retrograde that can keep us grounded and out of the worst of the hyped baloney and utter bullshit being amped up on this planet.

In Virgo, every detail matters.