Mercury in Gemini Square Stationing Neptune in Pisces: the Grenfell Tower Fire, Unheeded Warnings, and the Impenetrability of the Money-Driven, Authoritarian Establishment 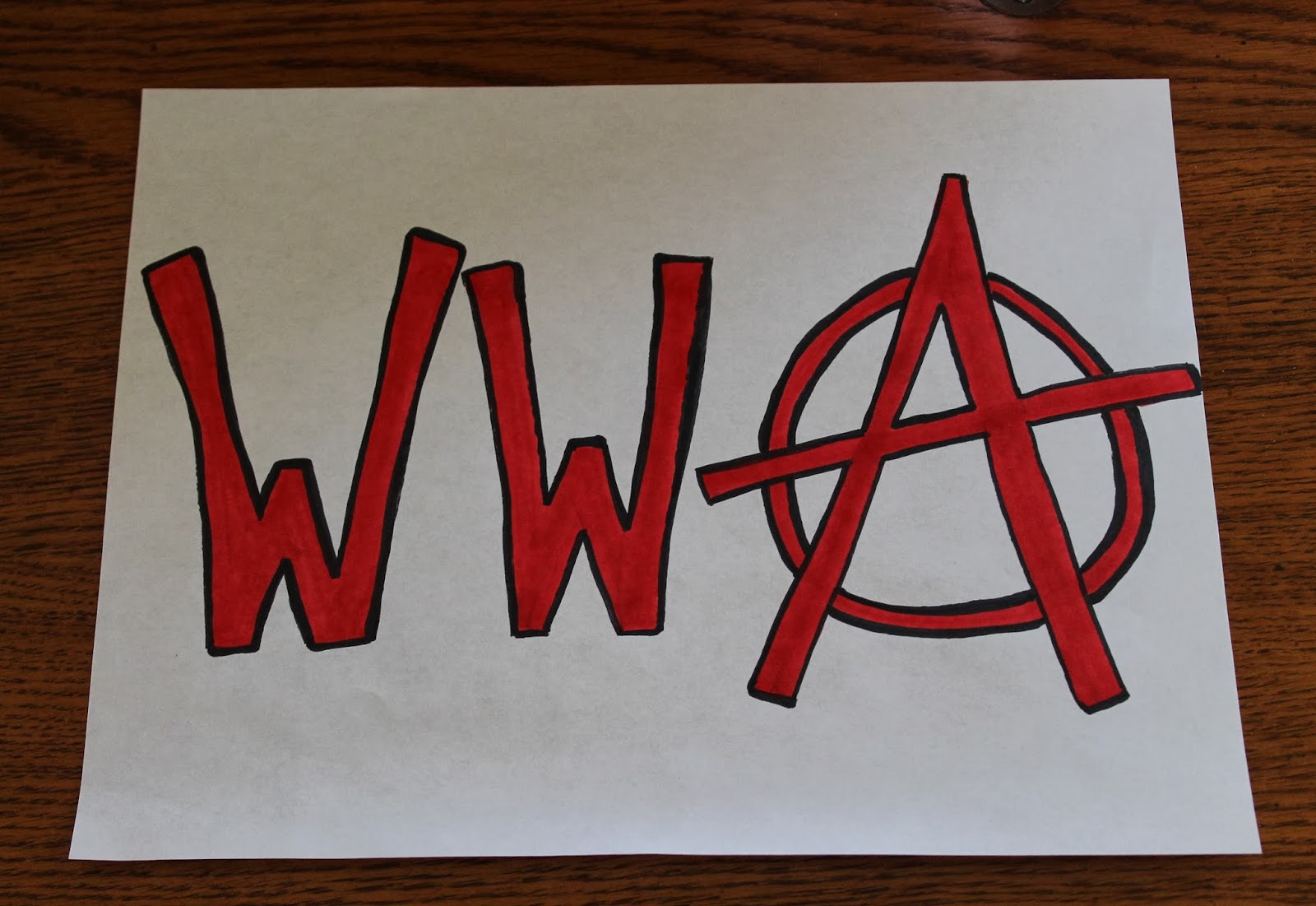 A fire at Grenfell Tower on June 14, a 24-storey public housing high rise in London, England, has killed at least 72 residents who became trapped in the building. The real number will certainly be higher, as the mainstream media and authorities are being accused of covering up the true number of casualties.

What should be understood about Grenfell Tower is that it is a low-income housing tower located in North Kensington, on the western edge of Inner London, surrounded by rich neighbourhoods.

Grenfell Tower residents had already organized as an association called Grenfell Action Group and repeatedly raised fire safety concerns with the property management, Kensington and Chelsea Tenant Management Organization (KCTMO), for years before the fire. No action was taken.

In 2013, a series of terrifying power surges was experienced for weeks in the building to the extent that smoke was coming out of electrical appliances and light fixtures. Many electronics and appliances were destroyed by the surges, and the issue was never resolved to the residents' satisfaction. Ongoing complaints and calls for fire safety improvements were ignored by KCTMO.

There was a single staircase running through the entire 24-storey building, 120 apartments, with one entrance and one exit. There was no sprinkler system, fire extinguishers were outdated, stairwells were filled with garbage and old mattresses, and residents reported hearing no fire alarms to alert them to the fire.

The only instructions residents had ever received from property management was to stay in their apartments in case of a fire.

Recently, the building was given a 8.7 million pound "facelift" so the area's rich residents wouldn't have to put up with an eyesore. New paneling was put on the exterior of the tower to "prettify" the building, and it is being said that the type of paneling used contributed to the fire, spreading it along the outside of the building and ensuring that residents became trapped inside.

It has since been revealed that the flammable paneling used is actually banned in the U.S., Europe, and the U.K. The flammable version was used to save money.

These are the unfortunately, tragically, prophetic words from the Grenfell Action Group in a post from November 2016:

"It is a truly terrifying thought but the Grenfell Action Group firmly believe that only a catastrophic event will expose the ineptitude and incompetence of our landlord, the KCTMO, and bring an end to the dangerous living conditions and neglect of health and safety legislation that they inflict upon their tenants and leaseholders. We believe that the KCTMO are an evil, unprincipled, mini-mafia who have no business to be charged with the responsibility of looking after the every day management of large scale social housing estates and that their sordid collusion with the RBKC Council is a recipe for a future major disaster."

A list of previous blogs by the Grenfell Action Group has also been posted, outlining its multiple calls to property management to take action on safety issues, all of which fell on deaf ears. 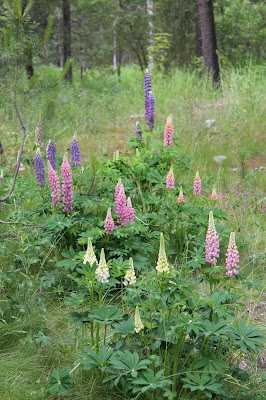 As outlined in the most recent patron article, we aren't in the easiest of astrological territory at the moment. Neptune is currently standing still in Pisces within a square aspect to Mercury in Gemini. We also have wounded healer Chiron slowing to station retrograde (July 1) in late Pisces, still within that blasted square to Saturn in Sagittarius, and this extra-potent Saturn-Chiron square is being activated by the Sun, Ceres, and Mercury in Gemini.

To illustrate the themes at play, I'm re-posting an article from the Neptune Rx station in 2013.

"Neptune Stations Retrograde and the End-of-Pisces Disappointment and Futility Drop Like a Veil..." (with updated transit information):

"Hollow-gut disappointments hang around us like stale fumes. End-of-era love relationships are a confusing, disorienting mess. The idea that our dreams are not special, that we're not special under egalitarian Aquarius, can erode us at the heart. The discrepancy between where we hoped we'd be at this point versus where we really are is staggering at times - both personally and on a broader societal or collective level.

Anyone aware of the circumstances of humanity on Planet Earth at this time will find them humbling, to say the least.

The Moon entered Pisces early this morning (June 15) and forms a conjunction to Neptune tomorrow morning at 6:10 a.m. (PDT), just after the Neptune retrograde station at 14 degrees Pisces at 4:10 a.m.

The Pisces Moon will square Mercury in Gemini tomorrow at 5:29 p.m.

From there, it squares the Sun in Gemini and Saturn Rx in Sagittarius in the early morning hours of June 17.

Some lingering depression, disappointment, disillusionment, despondency, or a sense of utter futility about carrying on from here can be expected over the next few weeks as Neptune (and then Chiron) stations and starts moving backward through the zodiac. There's an unfulfilled sadness in the air, in the collective psyche, so watch to make sure you or your loved ones don't tip too far into the psychic bleak.

The new guy wasn't who you hoped he was. The new job that seemed so interesting turned out to be more of the same. The daily grind seems increasingly dull, painful, pointless, hopeless. Reaching for the bottle, for the bong, for junk food, or for the credit card are all possibilities to dull the pain, to desensitize.

This is standard end-of-era backwash, however. More end-of-Pisces clearing. Fool me once, shame on you, Neptune. Fool me twice, shame on me.

Keep moving, keep flowing, and keep laughing at the insanity of the situations with which we are faced in this foul year of our Lord two thousand and [seventeen].

It's the sensitives, the creatives, the Piscean/Neptunians who hold the true weight of where we are right now. They're the ones holding the energy of Pisces, the energy of the spiritual whole, where every last detail matters and nothing can be conveniently amputated or ignored without problematic future repercussions. They're the ones potentially being crushed under the cruelty, the inhumanity, and the dysfunction of the current scenes. Yes, it's that serious.

But it's also funny.

To be set up with these seemingly impossible clusterfuck scenarios during our lifetimes on Planet Earth?

It didn't start with us, and it doesn't end with us.

But we do have a prime and shining opportunity to direct things now.

Neptune stationing, like prominent Neptune in the natal chart, can create a sort of stoner effect on even the most sober among us. Air-headed and flaky. Forgetful. Dreamy. Wistful. Pie-in-sky. Avoiding. Self-pitying. Indulgent. La La Land-living.

Stay on track and stay focused on your own Aquarian-era ideals, despite the Neptunian fog tempting us to go down maudlin back alleys or to take diversionary, wishful-thinking detours."

Remember - we've come a long way and cleared a lot of crap since this article was written, even if it doesn't feel like it in this exact moment. The stationing themes are still there, still threatening to dunk us under, but we've advanced the scene well beyond where we were. Don't let this Neptune-Chiron-Saturn triple team convince you otherwise. We've been very productive. And it all matters.

Some Pressurized Mutable Squirreliness On the Horizon: Working to Keep All the Balls in the Air 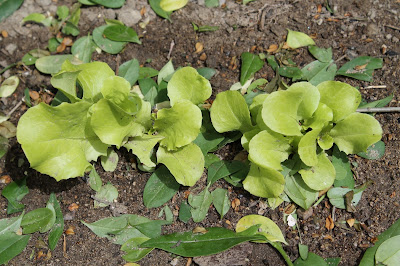 Lettuce growing in the hedge garden

"Some Pressurized Mutable Squirreliness On the Horizon: Working to Keep All the Balls in the Air" is an article available to Willow's Web Astrology patrons.
Posted by Willow at 1:57 PM No comments:

Concentrated Consolidation and a Moment of Anticipation Ahead of New Growth

The North Node of the Moon, newly in Leo, is currently forming beautiful trine aspects to Venus and Uranus in Aries (conjunct at 27 degrees on June 3) and to Saturn Rx in Sagittarius.

This forms an energetic Grand Fire Trine formation (energetic because the North Node is a calculated astrological point, not a physical celestial body), which is extra specially gorgeous because it propels us into an absolutely magnificent set of astrological aspects that carry us through the summer of 2017. These aspects will involve multiple Grand Fire Trines with some of those morphing into air-fire kite formations with the addition of Jupiter, soon to be direct in Libra (June 9 direct station at 13 degrees).

The involvement of Jupiter in Libra within kite formation indicates that we are building and developing the social fabric in highly beneficial ways this summer, particularly in August and September. There is an emphasis on teamwork, mutuality, common ground, and finding ways that work for all involved.

(More on the splashy and colourful summer of 2017 can be found in this patron article, "The North Node Enters Shiny, Happy Leo, and There's Almost Too Much Goodness to Contain in One Article!")

The energetic Grand Fire Trine involving the Leo North Node opens us into a new creative chapter that picks up speed as we move through the first part of June. Consider this the first activation at the heart in a series of activations at the heart. We're channeling some very powerful joy over the next few months...

At this point, we just want to have some fun with it all, and with the North Node transiting playful Leo for the next 18 months, we can do just that.