A Blessed Point of Balance 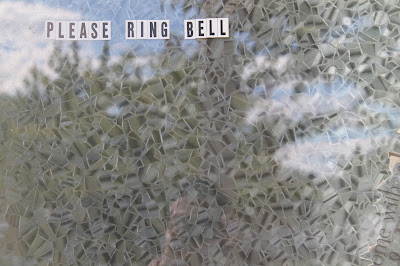 After the nose-to-the-grindstone Virgoan harvest, a time of work, work, work and intensely industrious progress on the physical plane, we move to this airy Libran equinox point of balancing and re-balancing.

Fall equinox is a time when we raise our eyes from our own dutiful productivity, shifting focus to the enjoyment of human society and the people we like and love most on this planet. It marks a time characterized by relationships, sociability, and the shared enjoyment of the fruits of our industrious labour. It is a point of rest, recuperation, and relaxation as the scales balance themselves out naturally with little effort on our parts, perfectly counter-weighted for a fleeting period of time that must be recognized, enjoyed, and celebrated.

So Happy Equinox, everyone!

This equinox and the following Libra season are special ones, indeed, as Greater Benefic planet Jupiter is also newly in Libra (as of September 9), marking the first fall equinox since 2005 when lucky horseshoe Jupiter is bringing its blessings, expansion, and grace to the proceedings.

The Sun will form its one and only conjunction to Jupiter in Libra on September 26 at 3 degrees. These bodies will not conjoin again in Libra until September 30, 2028, so the cosmic grace is really raining down on all things Libra - and on anyone with a strong Libra placement or placements either natally or by Secondary Progression. This is a time of blessed expansion, luck, and grace in relationships, partnerships, social life, and community building. Issues around art, beauty, and aesthetic are being given a boost at this time. This aspect also indicates the potential for beneficial progress related to justice issues, fairness, truth, and overall mutuality in human relationships.

We are forming or building relationships and alliances at this time that expand our social webs in beneficial ways that will develop over the next 12 years of life on Planet Earth and beyond.

There is some strong social magic at this fall equinox and throughout this Sun in Libra season, to say the least.

With Jupiter transiting Libra until October 2017, love and togetherness are back in vogue.

This is not to say that it's all smooth relational sailing, however. (A more in-depth look at the Jupiter in Libra transit can be found in this patron article.)

Libra's ruling planet Venus moves into the sign of its detriment, Scorpio, on September 23 (8:51 a.m.) for a transit that lasts until October 18. This is the placement most heavily influencing the Sun-Jupiter conjunction in Libra on September 26.

In order to benefit fully from the relationship expansion indicated by the Sun-Jupiter conjunction, we must go deep, perhaps deeper than lovely Libra is completely comfortable with.

Full emotional authenticity - layer by layer - will be required as we work together to overcome tricky ancestral patterns and sore spots as well as their emotional/psychological aftermath.

There are deep needs that have gone unmet in relationship through our ancestral lines, particularly emotional and psychological needs. These unmet needs create disturbance, trauma, and dysfunction that are carried forward through the generations. The upcoming aspects indicate a wonderful opportunity to address the carried-over ancestral trauma and unmet needs right to their roots, building relationship dynamics with greater awareness, transparency, depth, understanding, and mutual support.

Venus transiting Scorpio indicates a time when it is especially important to be clear on underlying motivations, goals, and trajectories in relationships, ensuring that these things are ultimately compatible before too much expansion and merger are taken on.

Venus transiting Scorpio indicates a deepening of soul-level bonds, a stronger emotional meshing with others, and a full merger at the heart with those we love right to the core of who they are. Powerful bonds are being forged here, and a powerful love is being catalyzed that will fuel our relationships and social settings over the next 12 years.

We will also experience some relief in mental pressure and intensity just in time for equinox, as communication and intelligence planet Mercury stations direct at 14 degrees Virgo on September 21 (10:31 p.m.).

We've had a lot on our mental plates as the messenger planet retrograded in highly-focused and hard-working Virgo. There were many details we had to stay on top of (not at all easy during a Mercury retrograde period), many duties that had to be completed, and much work and worry and stress that had to be navigated.

Now, with Mercury shifting forward again, we experience some relief in the mental strain and worry, as well as an alleviation of the painfully intense focus. (A full shift comes as Mercury enters Libra October 7.)

As Mercury re-gains speed direct, we start to feel as if we're on top of things once again.

Something has been clarified for us since August 10 when Mercury first entered the retrograde shadow. Our perspectives have been honed and re-shaped as new information and details came in - or were dug up by us.

As Mercury goes direct, we have achieved a necessary new clarity, and we are able to put that into practical application in our lives.

Mercury stations direct in exact trine to Pluto in Capricorn, which is also stationing direct at this time (September 26 at 9:02 a.m.). This flowing Mercury-Pluto trine - though quite concentrated and intense with both bodies stationing direct - indicates some very welcome progress, no matter how small the advancements may seem. Solutions can appear for even the largest of problems and concerns.

Overall, the Mercury direct station in Virgo relieves mental pressure, taking a load off our minds as we move into Libra season.
Posted by Willow at 3:50 PM 2 comments:

Jupiter in Libra: Bringing it All to the Table 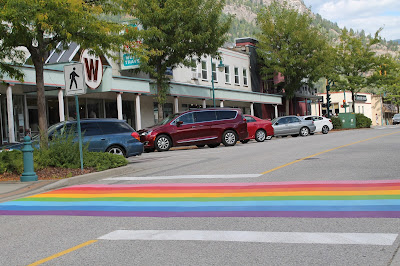 
Relationship-related planet Venus is acting as a scout at the moment as it transits its home turf of Libra.

Venus is currently out front of Jupiter, which enters Libra September 9 for a transit that lasts until October 17, 2017.

As it transits the sign of the scales, Venus is forming the same aspects to the outer planets that Jupiter will form during its own year-long transit.

This gives us a taste of the social and relationship growth on the near horizon, and friends, this taste could be a little spicier than we were expecting from such a balanced and peace-seeking sign.

Sandwiched between those two Venus aspects, we have a number of dominant squares to navigate, and the flavour of these squares gives us an indicator of the sometimes-frictional growth opportunities that lie ahead.

The Sun and Mercury retrograde will form their interior conjunction at 20 degrees Virgo on September 12, and both bodies will be in exact square to Mars in Sagittarius September 12/13.

We will also experience a 24-degree Pisces Full Moon conjunct wounded healer Chiron on September 16 opposite the Sun and Mercury Rx in Virgo and with all bodies squaring Mars in Sagittarius. This Full Moon has a definite "getting it all on the table" quality, and the things being shared could be inflammatory (Mars). *ahem*

As mentioned in the recent Jupiter in Libra patron article, Jupiter's transit of Libra will put a spotlight on social justice issues and the ongoing work toward a more just society.  *hoo boy*

The main theme I see here - with Venus scouting for us in Libra and the Sun-Mercury in Virgo square to Mars in Sagittarius - is a requirement for some of the finer points on social justice issues to come forth in order to puncture and "reality check" some partial-truth rhetoric being put forth by academic circles, media, and various organized groups. 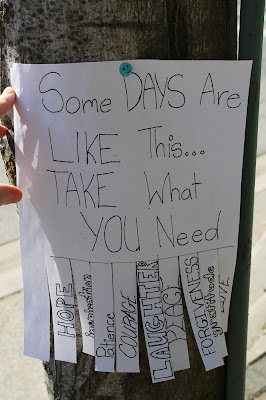 Big, beautiful Jupiter enters tropical Libra on September 9 for a transit that lasts until October 11, 2017.

We have a lovely equinox September 22 to look forward to, as the Sun enters Libra and daylight and darkness hours are in perfect balance. This will be the first fall equinox with Greater Benefic Jupiter bringing its good vibes to the party since 2005. Enjoy this moment of natural re-balancing and good cheer. The Sun will form its one and only conjunction to Jupiter in Libra on September 26 at 3 degrees. Wonderful.

Jupiter is the largest planet in our solar system and is said to make anything it touches BIGGER. Jupiter is associated astrologically with blessings, benefit, luck, wisdom, expansion, and the broadening expansion of horizons. Referred to as the Greater Benefic planet, Jupiter is generally considered an optimistic and jovial influence, a bringer of benevolent things.

Libra as a sign is associated with balance, peace, justice, beauty, aesthetic, manners, and social graces.

Now, I have a feeling I know how a lot of astrologers out there are going to read this transit. Jupiter in Libra: nothing but luck in relationships all year long! If we're single, we all fall madly in love, get married, and live happily ever after! If we're already paired up, get ready for romantic trips to Paris, Mimosas and chocolate-dipped strawberries every morning, and full-on coupled-up bliss!

The astrologer you're reading, however, has Venus in one of the tougher placements, which makes her well aware that relationships are not that easy-breezy, smooth sailing for everyone. In fact, if you are reading this particular astrologer, it's quite likely that you're well aware of that yourself, and probably from personal experience.

This astrologer is well aware that Jupiter is also associated with bluster, rhetoric, assumptions, blanket statements, over-reaching, and over-confidence.


This is an excerpt from the article, "Jupiter in Libra and a New-Era Shake Up of Relating Patterns." It is available in its entirety to Willow's Web Astrology patrons, or it can be purchased for $10.25 by PayPal or email money transfer.

This 3,400+ word article outlines themes and major aspects for the year-long Jupiter in Libra transit.