Points to Ponder Under the Scorpio New Moon 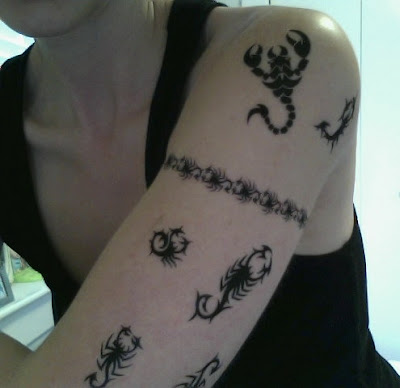 I just found this in my drafts from a few years ago, and it seemed apropos as we open out of the 7-degree Scorpio New Moon today:

One of the biggest ways to screw yourself over if you're an "all in" Plutonic type is to mistake someone else as "all in" when, in fact, they are "one foot in, one foot out."

Just to keep it straight: most people, if they have any designs on fundamental change on this planet at all, are "one foot in, one foot out." They'll rail against the hierarchy but only from within the security of that hierarchy. They'll bitch about the masses, but only from a socially acceptable position.

When you get right down to it, most people want to fit in. They want a "normal" life, firmly within the insulating folds of whatever establishment will have them.

One of the greatest and most wondrous things the Pluto in Capricorn transit is doing, with world economies timed to implode one-by-one like dominoes, is it's making it harder for people to further insulate themselves within their version of the American/Canadian Dream.

But I'm glad Pluto is not allowing that.

And this is what it's like for truly Plutonic people. There is no option of being insulated from what's really going on on this planet. There is no way to put the blinders back up after they've been unceremoniously torn down. There is no going along with it, unless one can tolerate being soul-poisoned by the facade they must project to do so.

But most people aren't like this, and this is a key thing to remember, especially during Scorpio season. Plutonic people are a special breed, under a special set of conditions that most of the human race couldn't tolerate let alone succeed or prosper under.

To forget that - to project the "all in" Plutonic qualities on people who don't, ultimately, have them - is one way those who have Pluto as a driving force in their lives can screw themselves over royally...
Posted by Willow at 11:04 AM 5 comments: 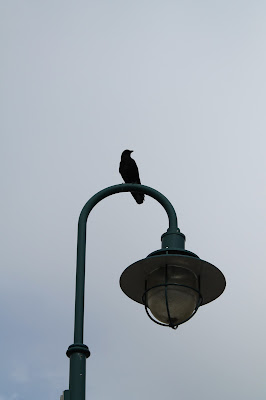 The Sun and Mercury form their exterior conjunction in underbelly-exposing Scorpio on October 27 (9:16 a.m. PDT at 4 degrees), and we are officially immersed in the witching season.

For a brief time, our thoughts are fused with the current moment. No ruminating on the past or stressing about future challenges. We're right here, focused right into the Scorpy-quiet current moment.

As the Sun and Mercury come together in regeneration-oriented Scorpio, our brains receive some much needed healing.

Our synapses are being purged and cleansed of the million little worries and zillion little details we had on our minds during the extended transit of Mercury through precision-driven Virgo. That transit lasted from July 30 to October 7, including a retrograde period that required some intense mental focus on our parts in order to stay on top of the proceedings.

This Sun-Mercury conjunction marks a completion point related to the themes of that Mercury retrograde process. We've made, re-established, or reinforced some important connections, coming into new understanding and perspective about things, and this allows us to shed some mental dead weight.

Allow that dead weight to fall away, layer-by-layer.

We can finally let go of some things that have been eating at us and infringing on our peace of mind since the summer.

As we move into the dark half of the year in the northern hemisphere, ceding the reins to dark Goddess Cailleach, the focus turns inward. At the surface, things appear to go dormant as we enter the dark half. But this is not entirely true. The real action, the real alchemy, and the real catalyzing effects are going on beneath the surface appearance of things, simmering, simmering like the bubbling witch's brew.

As we move through Scorpio season and the potent Scorpio New Moon at Samhain, we're moving into a period of energetic fusion and merging in areas where we can no longer go it alone.

There is a fierce protectiveness to the sign of Scorpio, and using its energy well means coming together with the right people in the right situations that will buffer and support us - rather than drain and destabilize us - through the trials, tribulations, and traumas of human life. Using this energy well means sussing out deep-down allegiances, alliances, and motivations and making our choices as far as who we'd like to join forces with (if anyone at all...) and who we'd like included in our dark-half bunker.

New Emotional Instincts and Cues Under A Revolutionary Full Moon 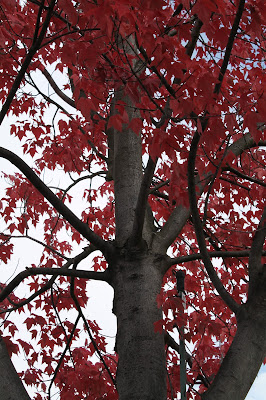 The Moon is currently traveling through misty and mystical late Pisces, forming a conjunction to wounded healer Chiron (21 degrees) tonight before pushing its way to fullness in a 23-degree Aries Full Moon on October 15 (9:23 p.m. PDT), almost exactly conjunct Uranus.

The Moon is pushing its way to fullness in the sign of the trailblazer, conjunct radical and revolutionary Uranus, and there can be no stopping our momentum now onto new emotional ground.

There is a "busting loose" theme here as our emotional instincts and cues take on a particularly primal tone.

This Aries Full Moon is raw, alive. It brings movement. It knows what (and whom) it wants and will go directly for it. Our usual emotional habits and patterns are getting a necessary shake-up. We're being pushed beyond the safety and pull of old comfort zones. Our emotional impulses take on a strongly Uranian tone - erratic, raw, instinctual, driving us to new inner life, new emotional fuel, new growth.

We know we can't stay where we are. And this Aries Full Moon connects us with the beating Uranian pulse of the new astrological era. It beats a drum that perhaps only we can hear, producing necessary new rhythm and movement. We need only to gather the courage and the guts to follow this new pulse, this new rhythm, these new emotional cues and instincts, as they propel us and compel us into exciting new places.

It's a matter of emotional survival to tap into and then direct ourselves via this raw and instinctual inner pulse. The old story lines are breaking down. The old comfort zones are being shaken apart at the seams. We must move on, toward something else.

This is a relationship-oriented Full Moon, also, falling opposite the Libra Sun.

The Aries Moon will also oppose Jupiter and Mercury, in conjunction in Libra, as it moves to its peak. Mercury in Libra will form a square to Pluto in Capricorn as the Moon grows full on October 15, producing a "cutting to the chase" effect in communications.

These new emotional impulses are working to initiate necessary change in our relations with others. People could be making seemingly sudden moves or changes in direction within relationships or social settings. Some of these moves may seem "out of character," but they are true to the traits and aspects of identity emerging as we shed astrological Pisces and commit fully to weird and wild Aquarius.

These changes in direction - potentially sudden and even radical - are reinforced by a deep and transformative conjunction between Aries' ruling planet Mars and Lord of the Underworld Pluto in Capricorn.

This Mars-Pluto conjunction is strongly in effect during the Aries Full Moon, but it is exact at 15 degrees Capricorn on October 19 (4:22 a.m.).

This conjunction indicates that some paths are no longer available to us. Some personal goals are no longer worth pursuing in light of the collective circumstances. Our goals and trajectories are in a state of shedding, morphing, and streamlining in order to survive "the way things are being done" on Planet Earth.

Our personal energy expenditures - including emotional and psychological - are coming under new limitations in light of planetary conditions.

Our true power now comes from shedding and eliminating all that is unnecessary, particularly as this relates to personal desires, goals, trajectories, and energy expenditures.

Old attractions, old draws, old attachments, old hang-ups, old triggers, old dramas - all these are being offered up in a process of sombre, soul-driven purification. There simply isn't energy for all of it anymore, and this awareness makes the changes in trajectory and the honing of personal desires and goals much easier to accept.

Mars in Capricorn will continue to a square to Uranus in Aries on October 28, bringing some sudden changes or lightning bolt flashes of insight that propel us into new structural realities, providing new - and perhaps surprising - mountains for us to climb.

Female warrior asteroid Pallas Athene stations direct at 18 degrees Aquarius on October 18, and the themes of this body are very potent at the time of the Aries Full Moon, as well. Both male warrior (Aries/Mars) and female warrior (Pallas Athene) are represented prominently.

The Pallas Athene direct station in Aquarius indicates that our most successful strategies involve setting our sights on a future vision, rather than dwelling on the things that have been taken away or lost. This is the way we battle and strategize our way into a preferable future, rather than allowing the traumas and heaviness of the past and present to consume us.

Stretch beyond your habitual responses at this Aries Full Moon. Find the courage to take just a single step into new and uncharted emotional/relational territory, and the flashes of Uranian brilliance will guide you the rest of the way.
Posted by Willow at 6:59 PM 4 comments: 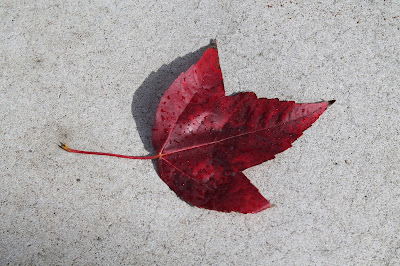 The planet that makes everything it touches bigger (Jupiter) entered Libra on September 9, putting a spotlight on all things Libran for the following year - justice, balance, peace, beauty, social settings, and relationships, to name a few.

As I mentioned in the previous Jupiter in Libra patron article, the Greater Benefic planet in the sign of relationships does not mean purely smooth relational sailing, however.

Relationships and social scenes are growing, developing, and expanding over the course of this year (along with desires for peace, justice, beauty, fairness, mutuality, and balance), but this expansion comes with some definite growing pains, especially as we struggle to navigate new-era relationship rules, dynamics, and constructs.


This is an excerpt from the patron article, "Dispositor Venus and Unlocking the Benefits of the Jupiter in Libra Transit." This article is available in its entirety to Willow's Web Astrology patrons.

Posted by Willow at 1:56 PM No comments: