Fortification for the Plutonic Soul 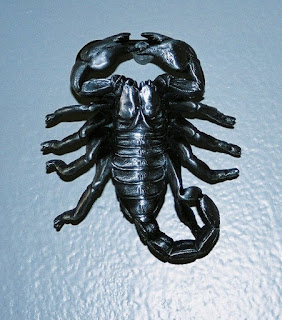 The Scorpy types. The Plutonics. We're a little cliched in astrology circles simply because there has been so much written, discussed, and hashed over on these subjects. But really, there's a reason for the cliches and the time spent analyzing. Without astrology and a semblance of an understanding of the processes and cycles Plutonics go through, how would we even survive? Even with astrology, it seems touch-and-go at times.

And this is not to be depressing, negative, or pessimistic, all you non-Plutonics out there. It's just reality. If you don't go through these processes, if you don't live them on a regular, sometimes daily, basis, I don't think you could understand it. I know the same can be said for a lot of situations and conditions people live through - you don't understand it until you live it. I understand we all have our difficulties to bear, and I know there are other planets, dwarf or otherwise, that bring their own forms of misery. Saturn and Neptune both create almost impossibly difficult circumstances of their own at times, as do many others.

There's a difference between a Pluto transit to one of your natal planets or a transiting planet in Scorpio touching off a Plutonic hell-ride and having a natal Sun, Moon, or stellium in Scorpio or a tight natal aspect to Pluto. I know the transits are unbelievably harsh at times, but they will pass. Your natal chart won't.

And so Plutonic types have some thorny dilemmas to chew over and work out:

How to create successful and soul-satisfying relationships with non-Plutonic people. How to keep your shit to yourself, your unending processing to yourself, but at the same time find the day-to-day love, sharing, acceptance, mutuality, and intimacy desired within a real relationship. Because Plutonic types need that. If they don't have it, they'll stay out of relationships altogether.

How to keep from envying or resenting those who don't have to slog quite so heavily though the Plutonic muck. Those feelings are natural but could put an end to any kind of mutuality or equality that could exist.

And how to find the strength, energy, and courage to love the other person as they need to be loved while simultaneously going through all this craziness.

How to even believe you deserve another person's love and affection when you're at your most hell-tastic, exhausted, and repulsive, when your energetic being feels like a series of nuclear explosions going off, when the nuclear fallout is coursing through your system, removing layers of yourself that you really, actually thought you were going to need. Erupting volcanoes painfully twisting and morphing your elemental structure into something Pluto finds more pleasing, for as long as it deems necessary.

And when you're mourning those lost layers, those released selves, those versions of yourself that you really, actually liked. Those hoped-for versions of life and relationships and planetary conditions that you held, deeply-cherished, as secret in your heart. Because maybe if you kept them secret and very, very quiet and told no one but yourself, Pluto would leave those ones alone. 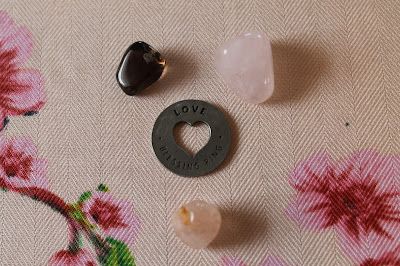 "Show Me Your Papers, or No Bus Ride for You!" More Authoritarian Bullshit to Report As We Open Out of the Scorpio New Moon Opposite Uranus in Taurus

Scorpio is a sign known for dealing with more than its fair share of bullshit. It works in the murky nether-regions, dealing with abuses of power of all kinds, from the glaringly obvious to the whisper-subtle.

And as we open out of yesterday's Scorpio New Moon exactly opposite Uranus in Taurus, oh boy, does this Scorpio stellium have a bullshitty tale to share.

On November 5, 2021, I was kicked off the city bus in the new province where I'm living because of my medical exemption for the mask. They were requiring me to "show them my papers," and I did not have "my papers" on me at the time. (I do have documentation of my exemption, including from a natural health medical professional.) I have already ridden the bus here more than once without a mask and without showing any "papers" by declaring my exemption. I also rode the city bus for the previous 18 months in British Columbia without showing or filing any papers with any "authorities."

The bus driver refused to drive the bus with me on board and waited almost half an hour until her supervisor arrived. The other passengers were told to get on a different bus. The driver waited outside the bus until the supervisor arrived. I was also informed by her that public transit is not an essential service. (I beg to differ on that one.)

When the "supervisor" showed up, it was a huge, beefy goon of a guy in a reflective safety jacket, sunglasses, and mask with a poppy pinned to his chest. November 11 is Remembrance Day in Canada - ironically, the day Canadians remember those who fought and died for our freedoms in war. The supervisor sat down close to me on the bus and informed me in an authoritative voice that I would not be riding the bus without showing my papers. He also refused to return my fare.

About those "papers": I was permanently injured by the allopathic medical system. Because of this, I do not use the allopathic medical system unless it's an emergency, and I rarely have need to use even the natural health system. I have documentation of my exemption from a Traditional Chinese Medicine doctor/acupuncturist, but it's highly unlikely that this will be "official enough" for the authoritarian types.

I have to ask, is this what the poppy stands for? Is this the freedom our ancestors (and my own dear family members) fought and died for? I would suggest that this man has no right to be wearing a poppy on his chest as he is refusing public service and kicking a paying customer with a health condition off the bus.

I have since learned that many people with disabilities and mask exemptions are being refused bus service in this city. This is the only form of transportation that many have, certainly the only form of independent transportation. This is insane and horrific discrimination, not to mention, it's dangerous to cut people off from transportation. For people living below the poverty line, the bus might be their only form of transportation. Disabilities and health debilitation cause poverty. Many people take the bus to the grocery store and can't walk to a store. And this bus driver, city transit itself, is trying to argue that public transit is not an essential service? Of course it is! Do you know who made the decision that it is not essential? Car drivers.

There are considerable dangers to wearing a mask, especially for people with certain health conditions. Masks DO NOT stop a microscopic virus, and asymptomatic transmission is rarely, if ever, occurring.

This about authoritarian control, not public health.

Tips on How to Get a Good Astrology Reading

These are some tips from my perspective as a practising pro astrologer on how to get the right astrology reading from the right astrologer for you. These tips will not necessarily apply to other astrologers, nor will other astrologers necessarily agree with them. (Astrologers pretty much never agree.)
1. Only have an astrology reading done if you feel you need one.
2. Check out an astrologer's writing, perspective, and style ahead of time before purchasing a reading. A lot can be determined by the sound of a person's voice, so video or audio of the astrologer might be helpful to you. Finding the right astrologer is an individualized thing, and no astrologer is for everyone. Make sure this is a person whose perspective and expertise you appreciate and would like to receive.
3. Every astrologer practises astrology differently, and most have a very potent, individualized style. If you are looking for a reading in a certain astrologer's style, you will find it only from that astrologer. I'm not the female version of so-and-so, nor will I adopt the style of another astrologer. (I mean, what would be the point of that?) If you're looking for a reading from a particular astrologer, get that reading.
4. Understand that an astrology reading is not a psychic reading. Though astrology readings often involve psychic/intuitive skills, an astrologer is not there to read your mind. Astrology readings are based on concrete symbols and data. It's fine to leave your reading open to the astrologer's interpretation if that's what you'd like, but if you're looking for information on specific areas or topics, let the astrologer know when you purchase the reading. A general idea of your astrological literacy can also be helpful so the reading is neither too basic nor too heady.
5. Outside the details and direction given to the astrologer about the reading, try to keep a check on expectations about what you want to hear. This allows what you need to hear to come to you through the astrologer. Astrology is a very mysterious thing, and something you read or hear in a reading could apply to your life or make an important connection for you five or 10 years hence.
6. Don't stretch on cost. If you can comfortably pay for a 30-minute reading, pay for that, and work with the information you receive. If you're stretching outside your comfort zone, that generally means the astrologer will be, too. There is a certain energy allotment for each reading, and adhering to price constraints keeps the reading within that allotment.
7. Conversely, don't expect 60 minutes of astrological analysis for the 30-minute price. There is only so much that can be done within the time frame of each reading. Respecting your astrologer's time, energy, and boundaries are keys to a happy astrologer.
8. If you have something to add or a question to ask during a live reading, don't be shy - by all means, say it/ask it. Your involvement and direction are generally helpful in live readings. That said, the more you talk, the less the astrologer does, so keep it balanced!
9. Appreciate the fact that we have access to astrology and astrologers in immediate and unprecedented ways due to the proliferation of the internet. What a cool thing that you can find an astrologer, order a reading, and receive that reading all within a matter of days. This process could have taken months or years previously, if you had access to astrology at all. What was once limited to the financially and socially uber-privileged is now available widely. Astrologers who once practised in relative obscurity are now becoming more accessible public figures, and you can check them and their colleagues out extensively before you lay down your hard-earned money. We have great astrological advantage by living in these times. Keep this context in mind, understand that astrology has never before been flying around with the speed, frequency, and quantity as it is now, and be responsible with it.
10. Even after following these tips, there is still an experimental element and an element of chance when it comes to having an astrology reading (or any reading) done. This just goes with the territory. It keeps things interesting. In the same way that you might have to go to a few different hairdressers before you find just the right fit, you might have to experiment with different readers before finding the right one or ones for you.
The hope with these tips is that they will help to keep the right readings rolling through the medium of astrology!
Posted by Willow at 1:22 PM No comments: