Names for the Full Moons Each Month 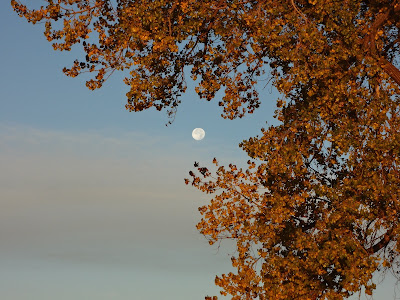 Each month of the year has a different name for the Full Moon. There could be multiple names used, depending on the heritage or system being drawn upon. There are practical, natural world reasons for the names of each of the Full Moons, and they make logical sense when you think about the month and season and what is going on in nature at that time.

The names of the Full Moons follow a traditional pagan way of living, whether that be from North American Native people, indigenous Europeans, or others. They also follow the seasons in the northern hemisphere. I'm not certain if the southern hemisphere has different names for these Full Moons. Please let me know in the comments, if so.

January and February are generally cold and snowy, hence the Cold Moon, Snow Moon, or Ice Moon. In January, hungry wolves could be seen and heard around the villages and civilizations, hence the name Wolf Moon. February marks the end of the harshest part of winter as we start focusing ahead to spring. It is a quickening toward the renewal of spring, hence the name Quickening Moon.

March is often a stormy month, and it has the Storm Moon. This is also the month when earthworms start to be visible again, hence the name Worm Moon.

April is time for seeding gardens and crops, and it is the month when wild seeds start to sprout and grow, so we have the Seed Moon. It is also often a windy month (Wind Moon) and is the month when a pink flower called moss pink or moss phlox starts to bloom again (Pink Moon).

May is a time when the grasses and plants are starting to come back plentifully. Because they have more fresh food to nourish their bodies, livestock start to produce more milk around this time. This is why we have the Milk Moon in May. It's also the month when wildflowers are growing plentifully, so another name is the Flower Moon.

June is when the strawberries are ripe and also when the daylight hours are longest, hence the Strawberry Moon or Sun Moon.  It is also called the Honey Moon due to the honey harvest and the Mead Moon from the honey mead that is produced and drunk around that time.

The corn is starting to be ripe in August, so we have the Corn Moon. The sturgeon were most easily caught in the lakes during this time, hence the Sturgeon Moon.

The last three Full Moons of the year (Harvest Moon, Hunter's Moon, and Beaver Moon) occur with the most moonlit hours of any time of the year.

The Harvest Moon (September) produces enough moonlight by which to continue harvesting the year's crops well into the night.

The Beaver Moon (November) marks a period of time when beavers are most active in preparing their dens for the winter and can be seen working by moonlight. In this month, we are coming to the end of the fall and beginning of winter, the end of the growing season and beginning of the dark months, and this Moon is sometimes called the Mourning Moon.

December is the month with the most dark hours of the year, hence the name Long Night's Moon. It is one of the coldest months, so it can be called the Cold Moon. Oak trees are symbols of strength, indicating the strength needed to make it through the long, cold winter, hence the name Oak Moon.

Posted by Willow at 2:22 PM No comments: 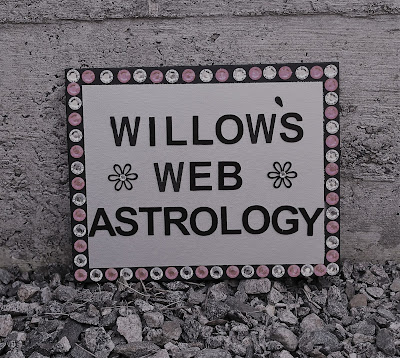 Since written (email) readings are more labour-intensive and take more time to produce than verbal readings, I've recently adjusted my prices to reflect this. I was trying to keep the prices the same for all formats for simplicity, but I think this pricing structure is more fair while still being a good value for the money.

Mp3 and telephone readings will stay at the same prices. I don't do cold readings and prepare the main points and structure of verbal readings ahead of time. My prices reflect the time, energy, and expertise involved in a reading.

All prices are in Canadian dollars.
To purchase a reading, click the applicable button above and follow the instructions at PayPal, then contact me by e-mail at willowsweb [at] hushmail.com. You can also purchase readings at the Willow's Web Astrology Etsy shop, at WillowsWebAstrology.com, by email money transfer, money order (payable in Canada), or personal cheque if PayPal does not work for you.

The information I need for a reading:

* date of birth (please write your birth date out in full ex. November 19, 1967)
* time of birth
* location of birth
* any details or areas you would like me to look at during the reading

"I read and reread your analysis many times. The accuracy, intuitive understanding and clarity found within is simply "otherworldly". I was profoundly struck by your ability to "see" and articulate the very complex and fuzzy issues I am intentionally working on. I cried while reading your words of medicine because you touched my soul in such a profound and spiritually kind manner. You have an innate gift of sharp intellect, "wordsmithing", and startling wit! You are an instrument of the Divine. Thank you for providing a road map and spiritual sustenance for the journey ahead."
"This was the most insightful, detailed, and helpful astrology reading I have ever had done (I once had a reading from the Dalai Lama’s astrologist). I cannot recommend Willow more highly. Her guidance and expertise are incomparable and invaluable for anyone needing some extra tools to aid in navigating these extraordinary times."
"This was an amazing reading. Willow's extremely perceptive in how she delivers the information she's gathered about your chart. I value a straightforward approach, and she recognized this quite naturally and didn't give me a lot of 'spin.' Most important, she had insights that made me start changing my approach to many areas of my life. And guess what? Things started to get less difficult. She didn't say the Chiron return I'm experiencing was going to be easy, but she did give me a new perspective on how to weather it. Phew! So glad I consulted her, and I highly recommend her services!"
Posted by Willow at 10:29 AM No comments:

Clashing Dwarf Planets, A Detrimental Perigee Full Moon, and Keeping Our Taurean Even Keel Under a Taut and Charged Emotional Landscape 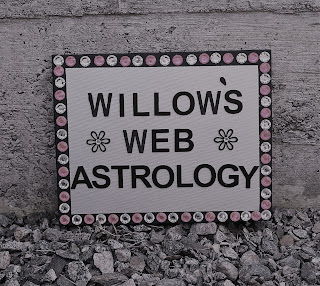 "Clashing Dwarf Planets, A Detrimental Perigee Full Moon, and Keeping Our Taurean Even Keel Under a Taut and Charged Emotional Landscape," is an article available to Willow's Web Astrology patrons.

Posted by Willow at 5:04 PM No comments:

The Great North American Eclipse April 8, 2024 and the Use of Astrology and Numerology in Timed Attacks

There will be a total solar eclipse at 19 degrees Aries on April 8, 2024 that will be visible across North America. This New Moon eclipse, being called the Great North American Eclipse, will fall exactly conjunct wounded healer Chiron in Aries (to the minute!) within a large stellium of bodies in Aries. As I outline in the video posted below, orchestrated events or attacks can be expected surrounding that eclipse, particularly affecting people in Canada, the United States, and Mexico.

In particular, we could see wounding attacks related to health, movement, independence, and body autonomy, in addition to more standard war attacks. This is a continuation of the "medical" martial law themes we have seen during the Chiron in Aries transit, which covers 2018 to 2027.

March 2023 when Saturn leaves Aquarius and Pluto enters Aquarius is a bit of a hotspot time for power establishment shenanigans, and so is April 2024 around the New Moon total solar eclipse on April 8 within Aries stellium. We could see a series of events spanning from an initiation point around March equinox 2023 through much of 2024. 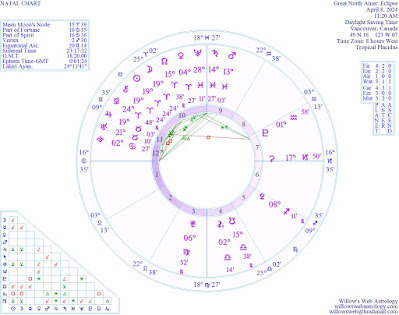 On this particular April 8 (April 8, 2021), the Sun is at 19 degrees Aries, within a stellium of bodies in Aries, on its way to a 22-degree Aries New Moon on April 11. In other words, the point of the Great American Eclipse is being activated right now by transiting Eris, Venus, Sun, Ceres, Chiron, and Mercury in Aries, as well as the New Moon in Aries.

This video can be viewed at Bitchute and on YouTube.

Dates discussed in this video:

September 11, 1973 - Democratically-elected Salvador Allende is assassinated in Chile in what has been called a CIA-backed coup; murderous dictator Augusto Pinochet is installed as leader

September 11, 2001 - the World Trade Centers and Building 7 come down in New York City; the Pentagon is damaged

April 20, 1993 - A fire starts during an FBI raid and 76 people from the Branch Davidian religious group are killed at their residence outside Waco, Texas

April 19, 1995 - Timothy McVeigh bombs the Alfred P. Murrah Building in Oklahoma City, killing 168 and wounding more than 500. McVeigh says this act was to avenge the deaths at Waco.

April 20, 2010 - the Deepwater Horizon offshore drilling rig explodes, contaminating the Gulf of Mexico with oil and the chemical dispersant Corexit

March 19 (equinox), 2011 - bombing of Libya begins, leading to the assassination of Muammar Gaddafi

Resources referenced in this video:

An Astrological Review of Two Chiron in Pisces Ocean Disasters at their 10th Anniversaries: the Gulf of Mexico Oil/Corexit Disaster and the Fukushima Nuclear Disaster

The Use of Astrological Timing and Symbolism by the Power Establishment: Orchestrated Attacks around March Equinox

Hurricane Harvey, the Total Solar Eclipse, and This Era of Unnatural Disaster