Well, we've had some fairly tense aspects to navigate this holiday season with Venus conjunct Pluto and square Uranus (December 21) followed by Mercury conjunct Pluto and square Uranus (December 24/25). If you got through the family gatherings and social occasions relatively unscathed without any verbal throwdowns or major mishaps, consider yourselves fortunate.

Now, we have a fairly charged fixed t-square forming for New Year's Eve, so if you thought 2014 would let up on us long enough for us to usher it out...surprise! Not exactly.

The Moon enters Taurus on December 30 (4:56 a.m. CST) and is in fixed t-square territory with Jupiter Rx in Leo and Mars in Aquarius by early afternoon on December 31.

The t-square formation is exact between 6:50 and 8:04 p.m., indicating that New Years Eve plans could be a little stickier and trickier and harder to bring together than hoped.

People with bodies or points between 20 and 22 degrees of the fixed signs are right in the cross-hairs of this one.

Fixed t-square formations generally indicate the potential for frustration and thwarted will, and with anger planet Mars involved, we may just have to breathe and let a whole lot go, including any and all expectations for the night.

There is some potential personality friction and some social drama wrapped up in this formation, and the fixed energy will have people digging their heels in, squaring off. People who have a bone to pick with each other could cross paths in a somewhat incendiary fashion under these aspects.

The fixed t-square formation directs energy into the fourth leg at 20/21 degrees Scorpio. This is territory that karmic taskmaster Saturn has just left, so if there is any unfinished business there (especially emotional, psychological and/or sexual), you can expect it to be stirred.

There's alllllways some sort of drama on New Year's Eve, and this year is no exception.

The potential for fixed angst continues into New Year's Day with the exact opposition between Mars in Aquarius and Jupiter Rx in Leo at 21 degrees of the signs at 1:49 p.m.

One good thing about this formation is that if we experience some sort of progress, resolution, or advancement as we close out 2014 and ring in 2015, it is progress that should last. We're grinding out some final issues as we say goodbye to the past year, and there are a few "dam break" moments possible. This is the type of progress we're grateful for right down to our bones because it has been so stubborn and so long in coming.

There is also a fated quality to this fixed t-square formation. Whatever happens (or doesn't happen) this New Year's Eve, it is sanctioned by the universe and "meant to be," as they say. The wheels are in motion, and we are just along for the ride.

Under the tension and potential frustration of this formation, if your New Year's Eve plans don't come together and you find yourself ringing in the New Year alone at home, cozy with a good book or watching the boob tube...I'd consider yourself lucky!

Under this formation, there will be people out there having a far worse time than you! You can bet on it.

The holidays are upon us, and for those who participate in holiday gatherings and parties, there are many opportunities to indulge in drinks and rich food.

But sugar, alcohol, processed foods, white flour, meats, and cheeses are all acid-forming and can throw the body's pH level off. Digestive problems, aches and pains, grumpiness, and low energy can result.

Even for those who do not participate in the holiday hub-bub, the change of seasons is a good time to do a little cleansing and re-balancing. Winter solstice, in particular, is a good time to be gentle on our bodies, as we are adjusting to less daylight (in the northern hemisphere) and often decreased physical energy levels.

These are two very easy recipes I whipped up for alkalizing purposes. I'm not a big fan of cooking, and even I can handle these! I don't include specific measurements for the most part, and you can add or eliminate ingredients to your own taste. 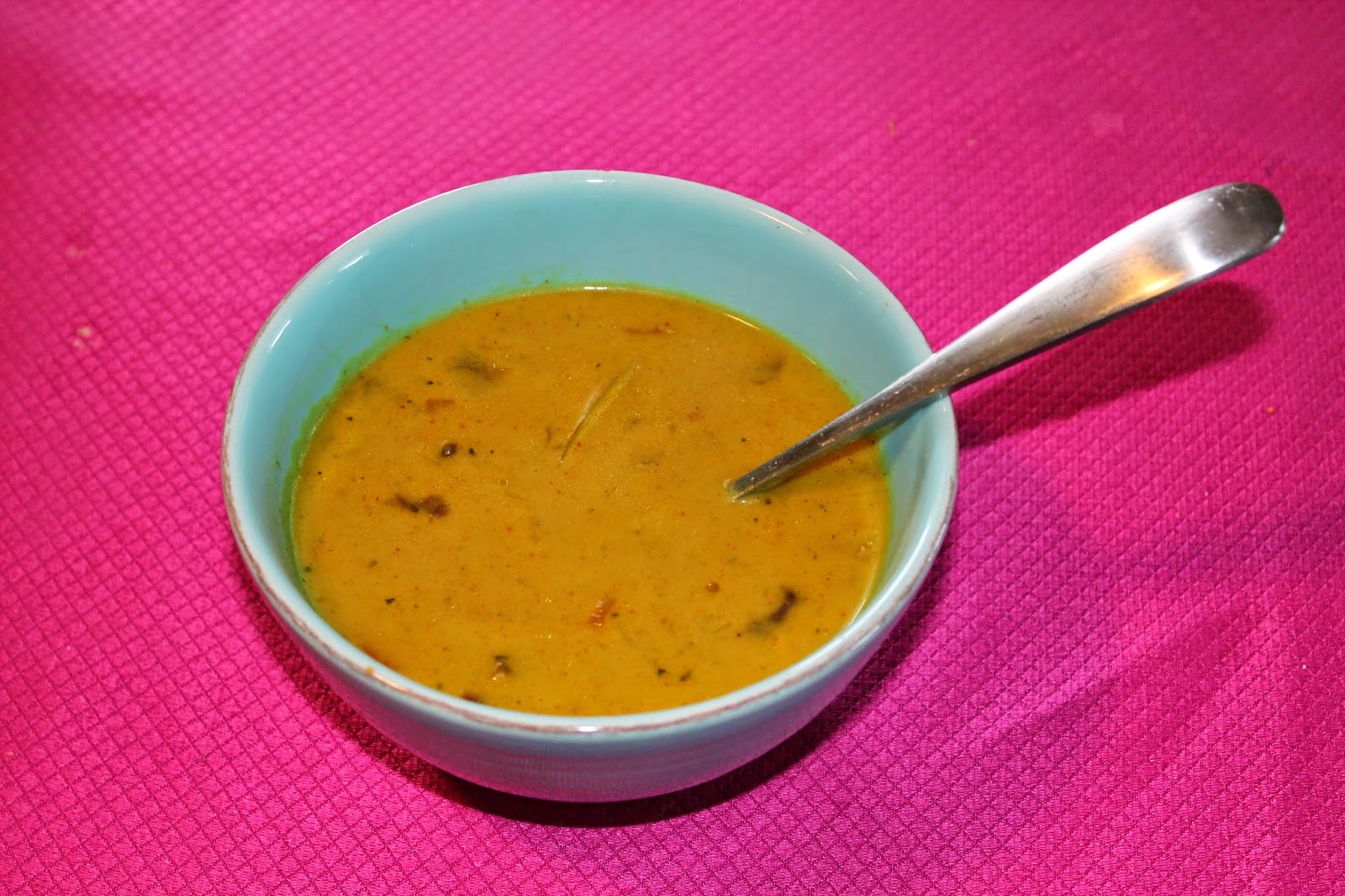 Dissolve the vegetable boullion cubes in a pot of boiling water according to directions.

In a separate large pot, cook the onion in coconut oil or olive oil until transparent. Add the chopped carrot, green cabbage, and red/purple cabbage and cook until slightly tender. Add a bit of water to keep the vegetables from sticking to the bottom of the pot.

Pour the vegetable boullion into the large pot with the other ingredients.

Bring to a low boil and add the pearl barley. Allow to boil for about 20 minutes.

Add turmeric. I would start with 1 heaping TBSP and add to your taste.

Add cumin. I would start with 1 TSP and add to your taste.

Add cayenne pepper. I would start with 1/2 TSP and add to your taste. A little cayenne pepper goes a long way, so err on the side of using less, and add tiny amounts until it has the spice level you like.

Add a bit of sea salt to your taste.

Allow to boil for about 20 more minutes. You can add some extra water, if necessary, to create the right flavour and consistency.

When the vegetables and barley are soft, turn the heat down to below boiling.

Add 1 or 2 cans of coconut milk and stir into the broth. (optional)

Melt the can of coconut milk in a pot over low-medium heat while stirring. Do not boil.

Add turmeric. I would start with 1/2 TBSP and add to your taste.

Add cumin. I would start with 1/2 TSP and add to your taste.

Add cayenne pepper. I would start with 1/8 TSP and add to your taste.

If you like spice, you can add a small amount of chili garlic sauce to add to the flavour.

Add the sauce to stir-fried vegetables, and serve over quinoa (alkaline) or brown rice (slightly acidic).


Both recipes keep well in the refrigerator and can be reheated.

Remember to drink plenty of lemon juice in water to add to the alkalizing effects.

The optimum pH level for the human body is around 7.365. pH testing strips can be purchased at health food stores or most drug stores.

Radical rabble rouser Uranus in Aries moves into the sixth exact square to Pluto in Capricorn on December 14, 2014 (11:14 p.m. CST), kicking off a powerful "direction change" point at winter solstice in the northern hemisphere/summer solstice in the southern.

We're surging into new position - but maybe only because we have to.

The water part of Capricorn is saying, enough is enough. Enough with the way you brutally downplay and whitewash the feminine force in your so-called success stories. The way you deny emotion, intuition, and human caring when playing out your Grand Plans. Enough with the way you keep the feminine in a subordinate position in your hierarchies. You deny her, use and abuse her, manipulate her, laugh at her, ostracize her, push her down. You keep her vital, crucial influence hidden because the patriarchal masculine takes her as such a threat. It's insecure and would prefer to live under the delusion that it alone runs the world.


These are excerpts from the article "The Uranus in Aries - Pluto in Capricorn Square and Survival Via Reclamation and Re-Direction of the Feminine Force." It is available in its entirety to Willow's Web Astrology patrons, or it can be purchased for $6.25 by PayPal or by email money transfer.

Please Note: I send these articles out myself (no automatic service), so there may be a short delay after paying before you receive your article. This is especially the case if the article is purchased over the weekend. I'm sorry for any inconvenience.
Posted by Willow at 10:44 AM 39 comments:

Sagittarius Season Storytime and the Insanity of the Fascist Police State

One night in March 2000, I was driving to my job as a waitress in a pool hall in Regina, Saskatchewan. I had a green light, and as I went through an intersection driving north on Wascana Parkway, I saw something out of the corner of my eye. I looked to the left and simultaneously lifted my foot off the gas pedal. That probably saved my life.

The next thing I remember, I was being helped out of my totaled car by a crying teenager and her male companion. She hadn't seen the red light and T-boned me at a fairly high rate of speed, hitting me at the left driver's side wheel. This then propelled my car head-on into a light post.

I was blacking out but remember mumbling to her that it was OK, that it was just an accident.

The next thing I remember was sitting in the back seat of a police car along with the girl and her companion. The girl was sniffling and calling someone on her cell phone. Then everything went white. I have no idea what, if anything, I said to the officers.

When I came into consciousness again, I was being told to get out of the police car. I was injured, blacking out, and confused.

I asked the two male police officers what I was supposed to do.

One of them answered, "Go find a phone."

I got out of the car and stood on the median. The cops drove away.

I was a young female at least two miles from the nearest public telephone or even the nearest home or store. It was dark. It was cold. I had no money with me. I had no cell phone with me.

I had been abandoned - injured, going in and out of conscious awareness, and confused - by two members of the Regina City Police force in the middle of Wascana Parkway, far from assistance.

I don't like to think about what could have happened to me that night. I could have been beaten up or raped. I could have, in my blacking out state, stepped into the path of an oncoming vehicle.

What did happen that night involved a stroke of luck, a happy coincidence, or some sort of divine intervention.