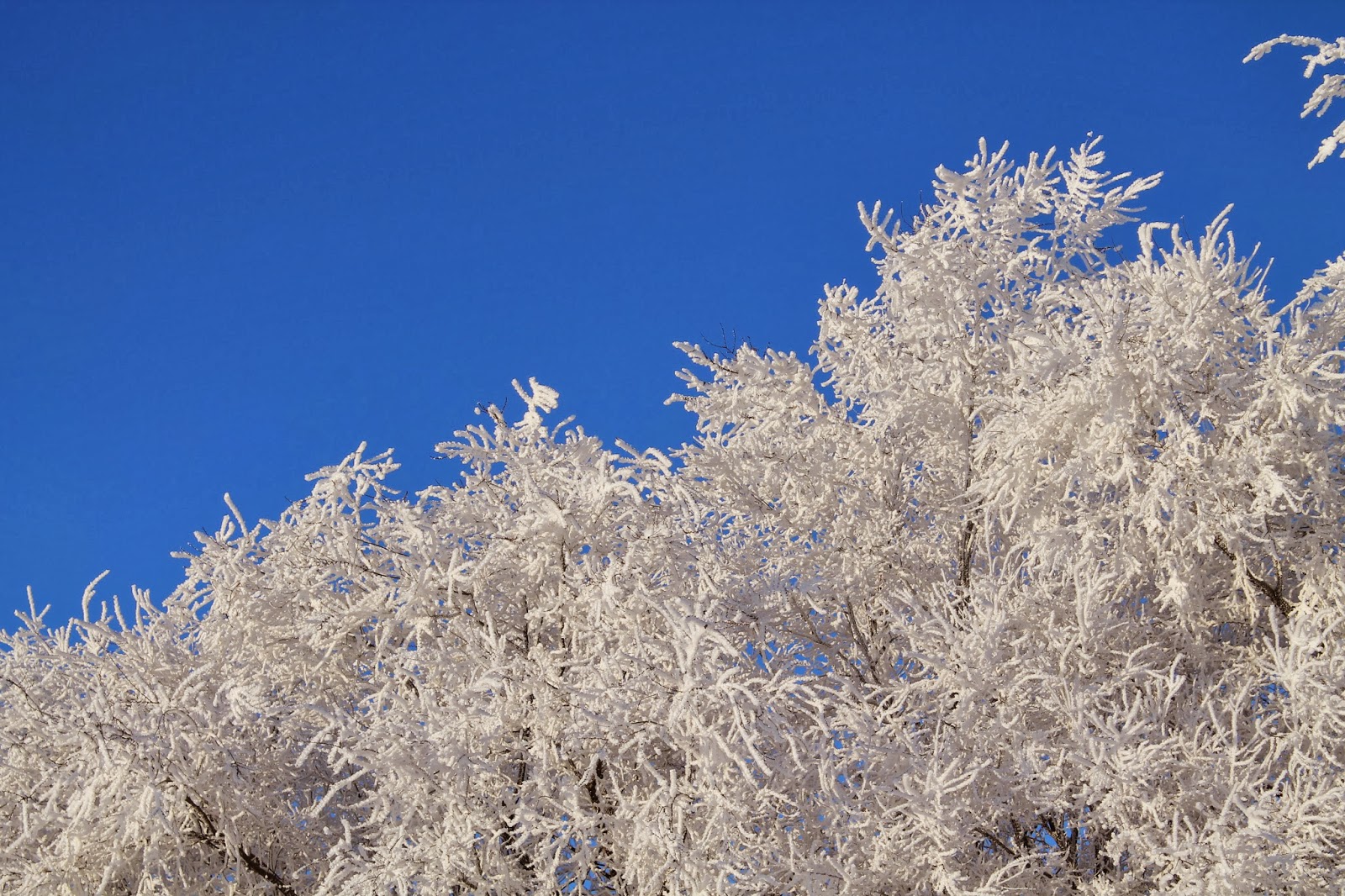 
The Sun enters Pisces on February 18 (11:59 a.m. CST), where it will remain until equinox on March 20, marking spring, sweet spring, in the northern hemisphere.

We're at the point of the year where only faith in the coming spring and in the new life up ahead can get us through the drag-ass dregs of winter. Symbolic as always, no? Pisces season.

At the tail-end of the astrological Piscean era, it hasn't proven easy to get through each successive Pisces season. With wounded healer Chiron transiting Pisces until 2019, we are dealing with some of the most painful aspects of this sign and of life on Planet Earth, in general. We're overwhelmed by the dysfunction, by the pain, by the exhaustion, by the psychic malaise, by the problems that face us as a whole on this planet, by the too-easily-swallowed deceptions, and by the understanding that no one can escape what is being unleashed now against life on this planet.

One shining light of this particular Pisces season, Pisces season 2014, is that we do not have a seven-body stellium in the sign as we did last year! Pisces season 2013 involved the Sun, Mercury, Venus, Mars, Chiron and Neptune in the sign of the fishies, along with the Moon for a couple days. That Pisces stellium swallowed us whole for a time. We were drowning in Pisces. It was over-the-top and often not in a good way, tipping many of us into the psychic bleak. I lost a friend due to drug use, and my tiny, rural village lost a young man to suicide. I'm sure most people have a similar story from that time period. It was in the ethers - that point of overwhelm where you can't see your way out. I wish I could have explained the astrology and the dangers of that time period to both of them, to everyone who needed to know. You can read more about the stellium and that time frame here: The Pisces Circus Starts Pulling Up Stakes or here: Major Stelliums in Perspective.

This year, we experience a relatively lighter Pisces season, but we do have a potentially difficult New Moon at 10 degrees Pisces conjunct wounded healer Chiron on March 1, 2014. And as we move through that New Moon portal, we head straight to the three-year anniversary of the ongoing nuclear disaster at Fukushima, Japan on March 11.

Three years ago, we heard that an earthquake triggered a tsunami, which washed over the Daiichi nuclear reactors at Fukushima, Japan.

This caused explosions at Units 1 and 3. The explosion at Unit 3, complete with mushroom cloud, likely aerosolized a large amount of Plutonium, which was released as miniscule particles into the atmosphere, along with Cesium, Uranium, Strontium, Tritium, Neptunium and many other radioactive isotopes. That initial release of radioactivity came down in precipitation all along the West Coast of Canada and the United States. It has continued to come down in precipitation all over the northern hemisphere ever since.

Contrary to media reports that the "radioactive plumes" are just now reaching the coastline, radioactive contamination from Fukushima has been found all along the West Coast of Canada and the United States since early spring 2011. It has been here, showing up via ocean currents and air currents, since early spring 2011, and it has not stopped coming in the three years hence. It will not stop coming until the reactions have been contained and until contaminated water is no longer being released into the Pacific.

For three years now, night-and-day with no cessation, nuclear reactor Units 1 through 3 have been in meltdown, releasing radioactivity into the atmosphere, into the ground, and into the Pacific Ocean. You can literally see the reactions underway on the footage streamed from cameras trained on the reactors. They are glowing, flashing, reacting. Things are not under control. Not even close.

The Tokyo Electric Power Company (Tepco) does not know where the nuclear fuel from Units 1 through 3 actually is. It's quite possible that the highly-radioactive fuel has melted through the concrete containments and into the ground (and groundwater) beneath the reactors. (The Daiichi reactors were apparently built over an aquifer.) Units 1 through 3 are too radioactive for any human to get near, so it's anyone's guess at this point.

CNN and other corporate media were allowed only to film Unit 4 - a unit filled with thousands of fuel rods, any one of which could create another nuclear catastrophe. Tepco is now attempting to remove the fuel rods from Unit 4 before another earthquake makes their removal impossible.

Homeless workers are being rounded up and sacrificed to the nuclear beast. Talk about Chiron in Pisces. These men are being used to implement the stop-gap, temporary measure of dousing reactors with seawater in an attempt to keep the reactions cooler and under some semblance of control. Workers are reporting hideous working conditions, ill health, coercion, fear, and low pay. In fact, a sort of radioactive Grapes of Wrath situation has been set up where workers, who are sacrificing their long-term health and safety, end up owing Tepco money after being charged for food and lodging.

For almost three years now, water has been coming down from the mountains, picking up radioactive isotopes from the groundwater beneath the Daiichi reactors, and heading out to sea.

For almost three years now, this radioactively contaminated water has been released into the Pacific Ocean in massive quantities, creating mass sea life die-offs that are leaving establishment scientists "perplexed," "baffled," "uncertain as to the cause." Eight times the usual number of dead dolphins washed up along the United States East Coast in 2013, and the story is similar elsewhere.

For almost three years now, we have had an out-of-control nuclear disaster - a global emergency since Day One - being kept quiet by the powers-that-be - or as quiet as possible, anyway.

You will not read much of any of this in the mainstream media, as for three years now, there has been a media blackout underway, enforced by your governments and by your media sources.

The power of human beings doing the right thing just for the sake of doing the right thing has always been the most powerful force on this planet, and it always will be, no matter what atrocities are committed against our physical bodies and biological systems. And yes, those atrocities have been coming down, are coming down, and will continue to come down in the future.

It's about staring it down, in your boots, right where you stand.

Our eyes are wide open. We will not turn away.

Nuclear energy (Uranus/Aquarius) is in the process of killing the ocean (Neptune/Pisces), which will, in turn, have devastating effects on all life on this planet. A traumatic and symbolic global event was set off on March 11, 2011, as the planet of shock and of the new era, Uranus, moved from the highly symbolic final degree of the zodiac, 29 Pisces, to the first, zero Aries.

They may be trying to drop the veil, to confuse us, to scare us, to cloud the issue, but we will not be diverted. We will not look away. We will not go along. We see these crimes against humanity, these crimes against life on this planet. We've seen them all along. And we know who and what is responsible. We hold these criminals accountable, and we'll continue to do so. We'll do everything in our power to throw a monkey wrench into their plans. Billions of monkey wrenches, actually.

We're triumphant right to the end, as long as we do the right thing. So don't let them fool you into going emotionally, psychically, or physically down with the ship. Don't let them fool you into following the psychic bleak they've laid out to swallow us whole. Don't buy into their proclaimed ignorance or innocence. With all the spying they do, you think they don't know what's up when we do? Hardly.

Sidestep that old shit. It's in your power to do so.

Psychic harassment is a theme of Pisces, so strain your psychic environments now through the finest of mesh. Eliminate anything that is creating an unnecessary psychic disturbance or drain. Anything that doesn't have a right to be in your psychic space.

Understand your own context within these times in order to keep your psychic environment healthy.

Did you think you would be spared? One of the lucky ones who thought positive thoughts and completed all the steps up the enlightenment ladder? Did you think you had a secure seat on that boat off this planet?

If you did, you were wrong.

These are the Chiron in Pisces years at the entrance of the Age of Aquarius.

If you didn't understand the concept of energetic connection, that what affects one eventually affects all, you're getting a pretty intense lesson on it right now.

Hold your gleeful and righteous little cores. Feel how powerful you are now with illusions stripped bare, with false idols crumbling, with a snicker for Neptune and all his attempted dirty tricks.

It's getting pretty weak now.

The North Node of the Moon moves from Scorpio into Libra on February 18, as well, and the active quest for justice, fairness, and peace are the dharmic path for us all until November 2015.

Focus on the responsibility - on who is ultimately responsible for these things being brought down. Hold those individuals' feet to the fire. Deconstruct the power hierarchies you have been trained since birth to trust, and shed their influence over you.

They're scared shitless of human beings taking responsibility for their own power. Don't you forget it, and don't you let them off the hook.


"New Moon in Capricorn: Fukushima, Gatekeepers, and the Big Responsibility of Thinking For Yourself" from December 31, 2013

All Willow's Web Astrology articles on the Fukushima nuclear crisis

In honor of Presidents day here in the states, just want to say your writing is far more inspiring than any president I have known. Every time you write I feel EXACTLY who you are.

Psychic harrassment, Hold to your cores, & billions of Monkey Wrenches. :)

The picture fit perfectly with the humanitarian contrasts and potentials that were interpreted by you here. Thanks to you, I will never miss this beautiful and ir-repeatable moment of Saskatchewan Sky.

Nothing but BLUE SKIESSSS do I see!

I always thought that song would be awesome as a punk cover. Like, done ironically with a bit of a mouthy tone.

"It's about human beings honing their intuition, their X-Ray vision, and their bullshit detectors to the point where the powers-that-be simply can't get it past us. They simply can't get us to swallow their garbage, their lies, or their glossy, glamourous diversions."

Recently Tom Perkins has been in the news, a billionaire who feels 'threatened' by the populist movement here in the U.S.

He considers efforts to reverse the income inequality between the ultra-rich and the poor to be like Nazis rounding up the Jews on Kristallnacht. It's so scary being a multi-billionaire these days, you know.

Thanks for the facts on Fukushima. I'm going to my Congressman's local office Thursday to talk about voting rights, but I'll ask about Daiichi too.