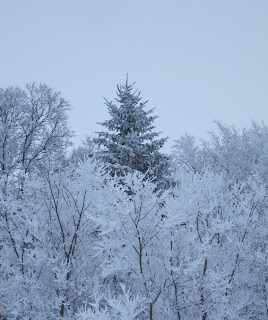 Scorpio's co-ruling planets Mars and Pluto form a conjunction at 8 degrees Capricorn on November 27, hot on the heels of a Venus-Saturn conjunction at 6 degrees Scorpio November 26. The bodies in Scorpio are in supportive sextile to the bodies in Capricorn, and, for the most part, this provides a productive outlet for the charge.

This is the first conjunction of Venus and Saturn post-Saturn in Libra transit. While Saturn was in Venus-ruled Libra, transiting Venus was its dispositor, meaning it held a crucial layer of influence over the proceedings. It was the primary planet to look to (by sign and aspects) as far as making Saturnine progress in the sign of the scales. Love, relationship, partnership, the social realms, balance, justice, beauty, money, and values were all key themes.

This is their first meeting in the zodiac over the past three years when benefic Venus is not acting as Saturn's dispositor, and this has a bittersweet tenor.

Venus gave up its duties as dispositor of Saturn when Saturn entered Scorpio October 5, but we can consider this Venus-Saturn conjunction, followed by Mars and Pluto coming together, as the official ceremony handing the reins over to new co-dispositors Mars and Pluto.

War/action planet Mars and Lord of the Underworld Pluto now become the planets to watch and to work with in order to meet Saturn in Scorpio's considerable challenges and to capitalize on its powerful opportunities for advancement.

This is also where the carryover of Saturn in Libra energy, that exalted energy that has kept us buffered in certain ways, officially drops away.

Saturn entered its retrograde shadow - the degrees to which it will return during its next retrograde period - on November 14, just after the Alpha Snake Scorpio New Moon solar eclipse. We're no longer coasting on the progress we made during Saturn's transit of the sign of its exaltation, Libra. Now, we start to dig into the real meat of the Saturn in Scorpio transit.


Our challenges are officially going from love (Venus) to war (Mars), and we can expect a certain drop off into more serious themes here. ("Fiscal cliff," anyone? World War Three, anyone?) Give yourself time to adjust, but try not to resist the serious tone. 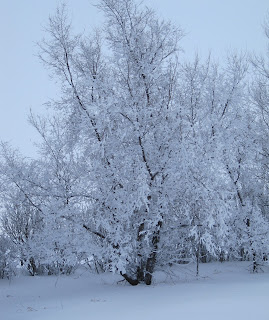 With heavy hitters Mars and Pluto as dispositors, our Saturnine progress hinges on our ability to successfully direct ourselves through some tough and intricate territory. Survival, including emotional and psychological survival, become stronger imperatives. We have to require more of people now - in some cases, much more - eliminating elements that strike discordant notes in our lives. It's going to require more grit and more skill as we dig deeper for strength, for context, and for guidance over the next three years.

Mars and Pluto form their conjunction on a degree of Capricorn associated with the Sabian Symbol "An Angel Comes Carrying a Harp." I'm not a fan of carrying symbolism too far, but we know what HAARPs we're dealing with these days, as well as their effects. The dark angels of the symbolic End Times play a hellish tune, indeed.

Mars is the planet related to personal direction and goals. Pluto relates to broader imperatives for grand-scale collective change and soul-deep (sometimes hellish) growth. With the Mars conjunction to Pluto, in effect for the next two weeks, our personal directions and goals are deepening and strengthening as we're made aware, in no uncertain terms, of the situations we find ourselves in on this planet.

These two last formed a conjunction at 4 degrees Capricorn on December 13, 2010, also conjunct Mercury Rx and the Capricorn North Node.

As Mars and Pluto now move into their full influence as dispositors, this initial conjunction acts as a potent directional point, and in some cases, a re-directional point, especially related to career moves, public image and identity, and the orienting of ourselves toward reaching our full potentials as determined by Pluto.

Just remember: not everyone will be using this conjunction to reach deeper levels of honesty, integrity, and authenticity.

"Understand that with Pluto, there's a trajectory toward maintaining corrupt power structures that is often much more popular and lucrative than the trajectory toward legitimacy, transparency, and necessary change."

We'll be able to see who is choosing which path quite clearly now, as long as we work for that awareness.

This Mars-Pluto conjunction holds the possibility for stab-yo-Mama-in-the-back ambition and vicious self-advancement, literally drawing on the power of hell (Pluto) and the worst elements of human nature to reach personal objectives (Mars). There is a drive toward dominance and saturation by the corporate brand/identity involved with this one, trickling down to the smallest of businesses. Underhanded and ruthless manoeuvres can be expected as people position themselves and their businesses accordingly. Corporate interests and those furthering them will be using this energy to drive to the net, gobbling up competitors and dumping anyone or anything that might slow them down (including loyal employees, salaried positions, pension funds, benefits...).

For those not choosing to reinforce corruption and abomination for personal gain...

Personal goals that don't have the depth, the maturity, or the long-term legs will be unceremoniously dropped on the Plutonic funeral pyre. Say goodbye, but don't spend too long in mourning. We don't have time to waste.

Old desires are burning out, being Plutonically purged from our systems. We start to see how some of the prior orientations were weak, naive, and off-the-mark while simultaneously carving out a truer and more vital path.

The greatest progress and achievements now come from the soul out.

The more awareness we have of the broader context on this planet and our places within it, the more effective our personal directions will be.

When personal goals are aligned with the broader goals Pluto has for collective change and transformation, we're allowed to make real, concrete progress with otherwordly assistance. When we're working as full-on Plutonic change agents within our personal lives, we're in the sweet spot. What we want is also what is wanted for and from and through us.

When we aren't, we can expect distortion.

Dig deeper than you have. Let Pluto inform your actions, guide your directions. Go gracefully and bravely. And kick some butt.
Posted by Willow at 6:36 AM

I'm wondering if you have anything to say about the revival of sentimentality - thinking back to the "talking to ghosts" post with the neptune trine. Wondering if this is a delusional path to follow, a persistence of co-dependency, or a necessary part of getting back to feeling?

I think it depends on the person and how far they go into the sentimental.

Rose-coloured nostalgia and illusions of "the ideal" are definitely siren songs at the tail-end astrological Piscean era, and getting sucked into siren songs doesn't usually have the best results.