Female warrior asteroid Pallas Athene has been retrograde in soupy Pisces for a month-and-a-half and goes direct November 20 at 22 degrees.

Pallas Athene going direct in this sign makes me think of Uma Thurman's drug overdosed gangster girlfriend character in Pulp Fiction snapping awake after that adrenalin shot to the heart.

Or maybe it's more like her Kill Bill character coming out of the coma, hellbent on revenge.

Whatever Uma performance you liken it to, Pallas Athene is waking up, and though she may not be able to do much about it at the moment from foggy Pisces, she's becoming very aware of who is fucking with whom.

From a previous post, Mars Square Pallas Athene Rx in Pisces: Kicking up the Etheric Catfights:

"The asteroid representing the female warrior who did it as well as, if not better than, the guys has been highly prominent over the past months, stirring its themes to the blazing point. Pallas Athene in Aries was up front and centre during the first two exact squares of Uranus in Aries and Pluto in Capricorn in June and September, tightly conjunct Uranus. This added the element of establishment-busting female fight, female leadership, and feminine strategic direction to the proceedings.

Pallas Athene retrograded back into watery Pisces October 3 for a bit of a break from the fiery Arien front lines, but it's still carrying the charge from those Uranus-Pluto squares. Pallas stations direct November 20 at 22 degrees Pisces, re-entering Aries January 10, 2013. From there, it makes its final pass through the Uranus-Pluto square with a conjunction to Uranus in Aries January 28 and a square to Pluto in Capricorn February 12, 2013. This asteroid just keeps on kicking ass."

Pallas Athene has been on a sort of court-ordered "rest cure" after her Herculean effort during the first two Uranus-Pluto squares, and she's none too happy about the groggy after-effects. This lady needs her edge and her keen, strategic wits about her, and after a retrograde in Pisces - no matter how short - she's feeling a little fuzzy around the edges.

The etheric catfights are getting a little tiresome, too. Pallas Athene would rather bring it all out into the open, but the battles remain obscured, in the dreamy metaphysical and psychic realms, until January 10, 2013.

Once direct, Pallas Athene will be gunning for zero Aries so she can get back to the Uranus square Pluto action in early 2013.

A spicy, asteroid-based mutable t-square with soul mate asteroid Juno in Sagittarius and keeper-of-the hearth asteroid Vesta in Gemini, in effect from now into the first week of December, provides plenty of stimulation until then.

The feminine asteroids are generally considered secondary influences in astrology, so the effects can be subtle, but they're important.

This t-square indicates frictional contacts possible related to the communication of personal wisdom and truth. Differing ideals as we move deeper into a new astrological era are creating tension and division on many fronts. Differing takes on the situations we find ourselves in on the planet - and what to do about them - are creating clashes.

This t-square configuration kicks up yet another wave of angst coming from the witchy lines, the priestess lines, the alchemical artist lines, the wise woman lines, and the earth mother lines.

Juno is outspoken, flamboyant, and hand-on-her-hip righteous on the Sagittarius end of the Gemini-Sagittarius polarity but must be careful not to become strident, grating, and self-righteous. This is the type of eye-rolling irritation that can come from all those self-declared visionaries, wise ones, and goddesses running around these days.

On the Gemini end, Vesta holds a major investment in keeping the social gears functioning, the discourse flowing, and the ideas cross-pollinating. Vesta in Gemini puts a great deal of effort into networking and keeping things socially cohesive. The caution there is that things might be kept too superficial and watered-down to be meaningful in any way.

My guess is Juno in Sagittarius won't be letting that happen.

Squares to both Juno and Vesta from Pallas Athene in Pisces indicate some acceptance, transcendence, and "giving it up to the universe/God" are necessary as we roll with things, staying fluid and adaptable through the frictional spots.

The spicy, feisty Juno-Pallas Athene square is exact November 28 and occurs with Mars and Pluto conjunct in Capricorn and Venus and Saturn conjunct in Scorpio. This one is particularly loaded. The friction here, as we come into contact with soul-triggering people and situations, helps us to get very clear on our own truth and beliefs, particularly heading into December 21, 2012 with the "Biblical End Times/Ascension/Beam Me Up, Scotty" rhetoric flying fast and furious.

Stay loose. Stay fluid. Don't become overly concentrated in one area of this t-square. Keep things moving like a buzzing bee in a field full of flowers.

The fourth (and stabilizing) leg of this t-square is Virgo, so discernment is key. Filter and guard your mental space from the December 2012 blah blah blah and the myriad soapbox sitters catching a ride on the bluster and buzz. Choose your angles and your battles. Say your piece, but don't force the issue if you run into opposition - especially if you're outnumbered. Pay attention to social tension as a guidance mechanism and adjust accordingly.

The asteroid-based mutable t-square loosens by the second week of December with Vesta Rx in Gemini moving out of range, but its tensions and themes stay with us into winter solstice.

The spice will be stirred yet again by the Sagittarius New Moon at 21 degrees on December 13, conjunct Juno in Sagittarius and square Pallas Athene. This forces us to clear a path through the cacophony based on our own truth and nothing but.

The frictional themes stay in our face, brought right up into our current, conscious moment, as the Sun moves from that New Moon into the exact square to Pallas Athene in Pisces on December 15.

The Sun will continue its transit of late Sagittarius in a conjunction to Juno, finally forming the exact aspect at 1 degree Capricorn just after winter solstice on December 22.

What we believe and what we hold to be true or untrue as we head into this winter solstice are very important as far as the unfolding of events. We're experiencing the intentional machinations toward another world war, which becomes oh-so-clear by December 30 as the Sun conjuncts Pluto in Capricorn, but the truth is, it's all man-made and manipulated. There isn't any "divine direction" behind these rockets and bombs.


With all the feisty feminine asteroid action going on, hematite shields can come in handy. If anyone is in need of some lovely protection of this sort, I have a new hematite set available on the jewellery site that is simple, elegant, and powerful. I like the necklace so much, I made one for myself! 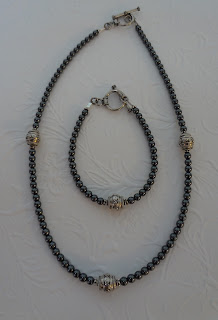 Fixed! Thanks for letting me know.