Jupiter Square Neptune and How to Spot Controlled Opposition 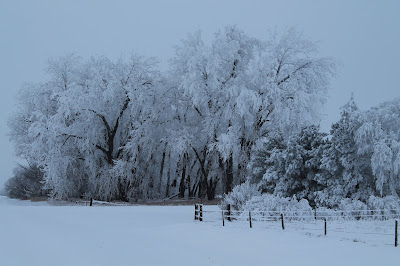 So beautiful. So picture-perfect. But don't be fooled. This photo captures a very ugly underlying phenomenon: a full winter of flat, grey cloud cover (previously unheard of on the sunny prairies) produced via chemtrails and weather modification...


Cosmic Spotlight Jupiter in Sagittarius (truth) comes into range of an extended square to Neptune in Pisces (illusions, fog, deception) just as Neptune, extra-potent in the zodiac, stations direct on November 24. The Jupiter-Neptune square will first be exact on January 13, 2019, but it will be within orb and in effect from late November 2018 to mid-November 2019.

Both communication/intelligence planet Mercury (now retrograde) in Sagittarius and action/aggression planet Mars in Pisces are activating (aggravating?) this square as Jupiter comes into range.

The Sun-Mercury Rx interior conjunction at 4 degrees Sagittarius on November 27 (also conjunct Jupiter and square Neptune) brings the themes of this Jupiter-Neptune square to the forefront even more.

A long-term Jupiter-Neptune square, with both planets strong in their own signs, indicates a primary theme of determining what's real and true from what's illusory and deceptive.

Under this square, a year-long veil of fog has been dropped. Illusions will be thick. And there will be an unfortunate tendency to be taken in by, as I put it in the November 5 patron article on Jupiter in Sagittarius, "pretty manipulators, confident deceivers, and charming liars."

In light of this theme, if there's one thing - literally just one thing - I would like people to come to understand during the transit of Jupiter in Sagittarius, it is the manipulative stranglehold on the collective discourse and public mind held by controlled opposition. To this end, I offer:


How to Spot Controlled Opposition


1. The person or organization is famous, a household name (at least in certain circles), and/or is covered on mainstream media. This is a dead giveaway. People who have the real-deal information, who do the real-deal research and journalism, are suppressed, ostracized, mocked, isolated, and even murdered by the establishment. They do not rise to any sort of prominence within the public, especially with the assistance of mainstream media. They have to fight tooth-and-nail to get the truth out there amidst monstrous opposition. They are certainly not provided with large public platforms or mainstream media play, even if only as supposed "enemies of the state." Real whistleblowers are stepped on, intimidated, shut up, or killed. They don't hit CNN or CBC or BBC or Fox News. They don't hit VICE or Democracy Now or Dr. Oz. (Unless, that is, they are being used by the establishment as unwitting controlled opposition.)

Within the pseudo-alternative media, controlled opposition agents will often have relative fame - a relatively large public platform in the hundreds of thousands or low millions. These individuals will often seem just a little too slick or a little too rehearsed to be real people. They may have an extreme and unnatural level of charisma, and this charisma can draw people in. (The standard cult leader personality.) This type of charisma can be generated with mind control techniques, occult-based machinations, or both.

2. Limited hangouts: a controlled opposition agent will release very juicy insider information to the followers to make them believe that "someone is doing something; someone is on top of this." This is a common technique by the power establishment of "throwing people a bone." Because the agent is releasing information that the powers-that-be would not generally want released to the public, information that makes the established order look bad, the controlled opposition agent gains legitimacy in the minds of the followers. The followers trust that this person is "one of them, on the good side, playing for the right team." The information being released is often partial, outdated, diversionary, or of limited scope. If the information is legitimate, nothing effective is done with it. The controlled opposition agent or group does not direct people to take viable action based on this information. Often, the limited hangouts merely scratch the surface. They do not go to the real roots of the situation or call out the real people and organizations responsible. Limited hangouts are often used as a "look over there!" tactic to divert attention from other areas.

The reason limited hangouts are being used so extensively at this time is that the public has successfully uncovered so much of the true reality on this planet. The people have uncovered things that can't be swept back under the rug, and the power establishment must now try to take control of this information.

4. The controlled opposition agent creates and reinforces a strong Figurehead-Follower power dynamic. This is a hierarchical dynamic where the Figurehead sits at the top of a pyramid scheme of power with the followers gazing up in rapt devotion. This often takes the form of the "Wise Fatherly" archetype with the controlled opposition agent being looked to as the pinnacle of wisdom and the ultimate fount of information. The Figurehead is seen as the most intelligent and most important individual in the pyramid scheme and certainly receives the most attention. Narcissistic tendencies can commonly be observed. The Figurehead must be deferred to at all times. Dissenting information is generally censored, and anyone considered a dissenter is cut out of the fold. There is no climate of intellectual equality, even though lip service may be paid to that. People often want to get closer to the Figurehead, moving up the rungs of the pyramid scheme to the inner circle. Once in the inner circle, people will defend and protect the lofty position of the Figurehead to maintain their own position. The energy, ideas, intellect, talents, and efforts of the followers - those on the lower rungs of the pyramid - are funneled to the top and often folded into the Figurehead's own work. In this way, the followers are used to prop up or bolster the position and status of the Figurehead. This is energetic theft, and it's really the only way the bloated public platform used by the Figurehead can be maintained over time.

5. The Figurehead controlled opposition agent has extreme influence on the thoughts, ideas, and speech of the followers to the point of mind control. This takes the form of hundreds of thousands or millions of followers parroting the Figurehead's exact ideas and catch phrases. (Hatefully referring to the public as “sheeple” is one that springs immediately to mind.) This phenomenon can be easily picked up on by those objectively viewing the dynamics, and it is another dead giveaway. Free thinkers do not parrot the same catch phrases, idioms, or ideas at the same times as hundreds of thousands or millions of others. Independent researchers and thinkers do not obsessively focus on the pet subjects or ideas of the Figurehead to the exclusion of other, more important matters. The common denominator when seeing these types of dynamics will be exposure to one particular Figurehead.

6. The Figurehead controlled opposition agent often stirs anger, rage, frustration, confusion, or despair in followers with no healthy outlets for those feelings. Anger and rage will often be directed toward certain groups of people as the cause of the ills. These groups may be gender-based, race-based, or politics-based but can also be the public at large (“the sheeple”). Massive amounts of time and energy are directed toward particularly divisive topics as well as to matters of secondary importance, skirting around the real, core issues of the times and the real individuals, organizations, and entities responsible for the harm being caused. The Figurehead can also stir confusion and a sense of futility or helplessness in the followers, ensuring that followers do not take independent action (“there’s nothing we can do about it, anyway”) and that they will continue to look to the Figurehead for instruction on what to think or what to do. Dependence on the leadership of the Figurehead is encouraged, even if not expressly.

These are some of the characteristics of people who act as controlled opposition. You can use these points to sniff them out. People can be used as controlled opposition consciously (with their knowledge), or they can be used unconsciously (without their knowledge). Whole movements or "scenes" can also be infiltrated by controlled opposition - maintaining establishment control over dissent and the exposing of truth by scratching the surface, appearing to allow a public platform for alternative views, but never going to the real roots of the situation or truly liberating people's minds or lives.

Controlled opposition agents are looked to as primary leaders for a cause, and this is exactly the dynamic they create and reinforce until dependence on them as figureheads is fostered. These agents are actually put in place to mislead, to lead in the wrong direction, or to entirely shirk leadership at critical moments. This hijacks, confuses, and diffuses grassroots movements and independent action that would otherwise be effective.

A critique of controlled opposition/gatekeepers in the protest movement: This Mind is Otherwise Occupied.

I'm glad to hear that! You're welcome.