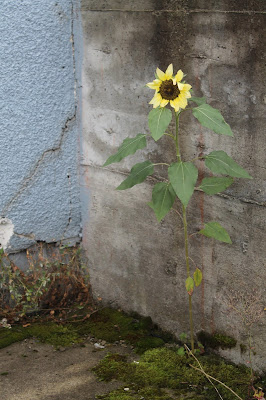 We have two planetary stations about to occur on the very same day: on November 16, love and relationship planet Venus stations direct at 25 degrees Libra, and communication and intelligence planet Mercury stations retrograde at 13 degrees Sagittarius (exactly square Neptune in Pisces).

Mercury will be retrograde from  November 16 to December 6, moving from 13 degrees Sagittarius to 27 degrees Scorpio.

Foggy and ethereal Neptune is also very powerful at this time, stationing direct November 24 at 13 degrees Pisces. Neptune provides a strong influence over the entire Mercury retrograde, a process that comes to its full conclusion on December 24, 2018 as Mercury leaves the retrograde shadow with an exact square to Neptune in Pisces.

An extended Mercury-Neptune square with Mercury retrograde in Sagittarius/Scorpio indicates a veil being dropped over our perceptions and communication that must be gradually worked with and penetrated. There's some mental pressure and challenge as we cut through the confusion and fog, finding just the right words from just the right perspectives as we verbally clear ourselves a path into 2019.

Mercury square Neptune can indicate difficulty in getting our points across succinctly and effectively. There may be some difficulty being heard or understood. People may hear what they want to hear, or they may pick up on one small point, missing the full picture. These effects may be exacerbated with Mercury transiting the sign of its detriment, Sagittarius. It's hard to sum up what we know or what we perceive, but we have to do our best with these challenging mental conditions.

Stay focused and keep working to verbally cut through the Neptunian fog because effective communication - though trickier than usual to achieve - has a great deal of "permeation power" under these aspects. Getting your point(s) across under these aspects can have quite grand ripple effects, especially in the collective. Your words can reach much further than you might have imagined and could have more sway or influence.

Mercury square Neptune indicates people may be more impressionable than usual to the words, perspectives, or ideas of others - for good or ill.

Under this square, there could be a sense of being blocked from communication or connection, being isolated in our perspectives. But people are listening. The loving higher intelligence is listening. Our words are hitting their marks. They have influence, even if it is invisible at times.

There's some weirdness related to communication under this Mercury-Neptune square and Mercury retrograde, extending through the end of 2018. Strange connections or coincidences that may be spiritual or psychic in origin. The invisible threads that connect us through time and space being plucked by a force or an intelligence beyond ourselves. A time of heightened connection and communication with the divine, the spiritual, the etheric, the dreamy realms in both waking and sleeping life.

Venus and Mercury shifting gears in tandem indicates that while our Venus retrograde relationship review period (October 5 - November 16) is now coming to a close, we still have some complex mental and verbal processing to do as far as what we've come to understand during that review.

This is an uncovering, penetrating Mercury retrograde process, drawing some hidden dynamics and some obscured emotional, psychological, and energetic subtext up to surface awareness so that this becomes part of the expressed truth. We're putting some things on the record.

The current astrological atmosphere indicates that some of the more subtle and slippery dynamics of human relationship and human society will be coming up for discussion and that we may find it challenging to get the associated issues into the social or public discourse in a meaningful way.

Again, persistence is key, while also not wasting our breath in situations or conversations that are hopelessly convoluted or aggravating. The tail-chasing energy of Mercury square Neptune can certainly produce mental fatigue and "heads spinning," so we're looking to unleash our verbal (Mercury) arrows (Sagittarius) only when we have a clear shot at the target with a good chance of making contact.

War and aggression planet Mars will be entering Pisces shortly (November 15 - December 31), forming a square to Mercury Rx at 6 degrees Sagittarius on November 26 and a conjunction to Neptune at 13 degrees Pisces on December 7. This indicates the potential for the activation of etheric or psychic subtext in ire-stirring ways. Subtle attacks that poison, erode, or undermine may have to be verbally hauled out into the physical here-and-now.

The influence of Mars on the Mercury retrograde process indicates some potentially angering or inflammatory subjects popping up that will be drawing attention to broader issues and themes. There's a bit of an edge to this stuff, but that's OK. We can work with whatever is kicked up...

Mars transiting Pisces indicates the potential for increased physical sensitivities to mood-altering (and often delectable) substances like alcohol, caffeine, sugar, and processed foods, so watch your indulgences carefully this holiday season - even though Mercury-Jupiter in Sagittarius will most likely be encouraging you to go for the gusto!

Mars moves into its own sign and crosses the birth point of the zodiac - zero Aries - on January 1, 2019, indicating fresh starts and new momentum available to us as we enter the new year.

Venus re-entering Scorpio, the sign of its detriment, indicates that we're going down for one last death roll, combing the murk of human relationships and human society one last time as we close out 2018. Venus in Scorpio can be highly-charged and highly-karmic, so be prepared for some social/relational grease fires or tension, some air to be cleared, some grievances to be released.

Relationship planet Venus has been in a long-term opposition to status quo-challenger Uranus throughout its retrograde process and forms a final exact opposition to Uranus on the potent 29th degrees of Libra/Aries on November 30.

The changes we need in relationships and in society in general hinge on these points of social/relational tension. They're purposeful. So harness the energy of the charged social arenas as fuel for your own process during the transit of Venus through Scorpio (December 2, 2018 - January 7, 2019), and make your changes. This goes pretty deep.

We're clearing out shoddy treatment, not-quite-right dynamics, and boring, old sticking points in our relationships, and we're changing things in ways that empower ourselves and others.

Venus leaves detrimental ole Scorpio on January 7, 2019, forming a "Conjunction of the Benefics" with Jupiter at 16 degrees Sagittarius on January 22 that will also be in tight square aspect to Neptune in Pisces.

I have to thank you SOO so much for the video you did on dating a guy with aspergers. It's the only video I could find where the explanation is perfect and explains exactly what my exes were like!

You see, I've grown up with a mother who is autistic. I adapted to her sickness and learned how to tip toe around her and read her very well to avoid any hysterical outbursts. This in turn made me always find guys with it. They hurt me really badly and I am now 41 years old, scared to death of relationships and the whole thing is tragic.(I knew better than to not have any children by these guys)

Finding your video, someone who could finally explain and CONFIRM my feelings in what it's like to be in a relationship with an aspie, was the exakt thing I've been looking for all these years! It felt like a HUGE sigh of relief, therefore I'd like to thank you for it. This video needs to be up and never under any circumstances be taken down bc the other videos I've found on the topic, are very complicated and doesnt dare to say what it feels like for the normal partner. This did which was what helped me. I found it to be emotional abuse and this abuse has torn down my self esteem to the point where I am a shadow of who I once was. My selfesteem is severly damaged and it doesnt heal because I always meet a new guy with aspergers who continues the cycle and the time it takes before I realsie he has it too, is time enough to break me down and destroy what little confidence I've had the energy to build up.

I would LOVE to talk more about these relationships and how to avoid them in the future with you because it feels really lonely when none around you understands what its like. It would help me heal to talk to you about it if you'd like to. Do you have an e-mail adress where I can reach you?

/Hugs from a sweden!

Hi, Sweden! I'm really glad the video helped you and that you're now on the other side of this stuff. It really can do a lot of damage, especially when the underlying dynamics are not out in the open and being honestly worked with by both parties. Doubly hard when a parent is autistic.

While it's definitely possible for Aspergers and non-Aspergers relationships to work out, Aspies dating Aspies makes a lot of sense to me. :-)

That relationship is in the past for me, so I would rather not talk about it...other than to share my perspective in the video! But I hope you continue to heal and to get stronger. Love yourself super hard to make up for the times you have not gotten what you needed in the past! All the best to you.

This is the video she's talking about, if anyone is interested. It's a video about dating a man who I believe had undiagnosed Asperger's Syndrome:

Dating Someone with Asperger Syndrome: Asperger's or Just an A-hole?
https://www.youtube.com/watch?v=xiR_6zYgotQ

I totally get that you dont wanna talk about a past relatonship, I was thinking more about if I had any questions about the guy I dated (up yil a few days ago actually)you might be able to say if that was an aspie trait but I got most of it in your video, all of his behaviour makes sense: not wanting to met but once a month but not wanting to break up, depressed out of his mind, the constant insults, selfishness, no empathy, not curious about getting to know me, his ex having said it wasnt working out so even though she sounded like an empathic and super kind person, she couldnt take it either,him saying himself there was something wrong with him and his mother calling him mentally ill. He also started smoking marijuana a while, probably a form of self treatment.

I have dug around and found a professor Chris Exley who studies the effects of aluminum in the brain and came to the conclusion that it causes diseases like ASD, pure Autism, ADHD and several other illnesses. He has actually gotten people cured so it is possible and very simple. However, aspies usually dont want to get cured. They want things to stay the same, including themselves, which makes it impossible to help them.

My conclusion after my 41 years experience with autistic people is that a normal person will as you say become emotionally damaged (I dont think i'll ever heal) from socialising with them and therefore it would be beter if they socialise with each other. That usually doesnt work either but its that or for them to be alone.

Once again, super thanks for your video, finlly some answers! <3