A Quick Shift in Social/Relational Tone As Jupiter Enters Scorpio We have a final burst of social and relational development/expansion underway as Jupiter completes its transit of cardinal (leadership, initiatory) Libra before entering fixed (steady course, set conditions) Scorpio for a yearlong transit starting October 10.

With Venus and Mars conjunct in Virgo until mid-month, squaring Saturn in Sagittarius and opposing Chiron in Pisces, we're seeking to set just the right tone, addressing any nagging details in our relations with others that may require some attention or polishing. There's a particular focus on the way we interact/the way others interact with us in a work setting.

Practical adjustments and actions, along with pointed conversations, could alleviate some of the building mental and psychic stress indicated by these aspects.

We're working hard in a hands-on way to make things just right in the physical realm (Virgo) so that things are hunky dory in the psychic/metaphysical realms (Pisces), as well.

As the Sun and Mercury come together in interior conjunction at 15 degrees Libra in square aspect to Pluto in Capricorn (October 8/9), there may be some interpersonal friction or complexity urging us into our full social positions. There is a "taking charge" impetus, extending throughout the fall season, which must be balanced with the conciliatory and harmony-seeking nature of Libra. Like sand in our underwear, social irritations and points of friction can produce the impetus and motivation to propel us forward that last little bit as Jupiter completes its transit in the sign of the scales.

Conversation, information flow, the written word, and our own thoughts and perspectives (Mercury) can be particularly motivational as far as any changes that have to be made with that last bit of cardinal sign juice.

It's in our best interests - even if it's a little uncomfortable or scary - to address any nagging details or issues in our relations with others because the social and relational conditions we're in the final stages of creating now will be with us strongly over the next year as Jupiter settles in to its transit of fixed Scorpio. The social/relational course has been set, to a great extent, as Jupiter leaves Libra and enters Scorpio. The cardinal sign (Libra) initiates; the fixed sign (Scorpio) follows through with what was initiated.

Jupiter will be throwing an immediate (and I mean immediate) spotlight on the emotional and psychological subtext as it enters Scorpio. The social facade that brought us benefit during Jupiter in Libra is going to slip a little, and how people really feel underneath it all will become more apparent, especially as we move through October and November (Scorpio season). Teeth may be bared a little. Backs may get up a little.

So quickly, practically, and proactively addressing any problematic areas is in our best interests before they get blown up under Jupiter in Scorpio. Clear the slate as much as you can, even if it means gathering your courage to do so.

We have an extra layer of challenge now as far as eking out our precise social/relational positioning, as Mars in Virgo forms a square to Saturn in Sagittarius October 11 and an opposition to Chiron in Pisces October 15.

Venus in Virgo will square Saturn in Sagittarius October 8 and oppose Chiron in Pisces October 11.

As Jupiter moves from Libra to Scorpio, the dispositors (key influences) over its expansive proceedings shift from lovely Lesser Benefic Venus to hardcore mofos Mars and Pluto. So things immediately take a more Martian/Plutonic tone, and the social graces that brought us favour under Jupiter in Libra will fall flat if they are not fully authentic and honest, if they are designed to gloss over sticking points or beefs.

The Mars-Saturn square (along with the Mars opposition to Chiron) lays out an initial challenge for the Jupiter transit of Scorpio.

We may feel as if our forward-ho motion is stalled in despair-inducing ways under these aspects. We may feel as if our will is thwarted and our motion painfully restricted. There can be a feeling that any action taken is pointless or that it will not bring desired results. There can be fear related to taking any action at all, creating a feeling of being stuck in the current circumstances or problems. In my observation, the Mars-Saturn square is particularly harsh for men, unfortunately coinciding with an increased possibility of suicide, as Saturn can convince us (erroneously) that our problems will be this tough forever and that there is no way out. The Mars-Saturn square indicates "between a rock and a hard place" frustrations, but remember: any acute challenges are temporary, and things generally seem more difficult than they really are.

With Mars transiting Virgo, there are small changes, improvements, and adjustments that can move things in the right direction - albeit in a slower fashion than may be desired. Remember that there is wiggle room here - even if it doesn't feel like it. We have to keep trying.

Any wet blanket effects should ease up as we move into the second half of October. 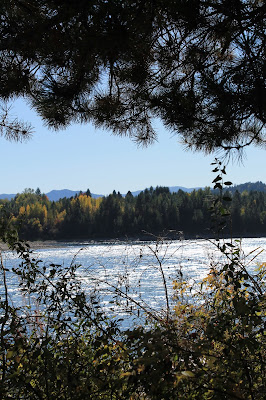 A more Scorpionic view of the proceedings is wise...


So yes, things are taking a bit of a deeper, darker tone here as we move into the dark half of the year in the northern hemisphere. This more serious tone will then be reinforced as Saturn leaves Sagittarius for Capricorn at December solstice, followed by a six-planet stellium in Capricorn in January 2018.

This is nothing to fret over - just be aware of the quick shift in tone, and adjust accordingly, especially in your relations with others. A little more wariness, a little more space given around potential sticking points, playing your cards a little closer to your chest. Foreknowledge can help us to stay out of the interpersonal frictions (or even straight-up meltdowns) that may be stirred up as Jupiter gets its footing in Scorpio.

Virgos and those darn, small, details!

Some details and information slip through cracks, like small toys when you were 5 years old.