Full Moon in Virgo: Hold Yourself to Your Own High Standards...But Don't Expect Perfection Under This Mutable Lunar Madness 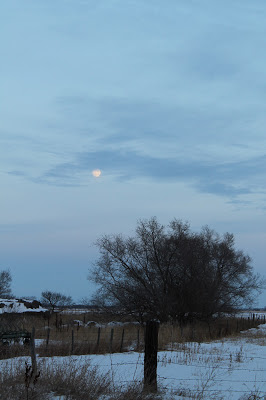 We're moving to a highly-mutable (changeable) Full Moon at 22 degrees Virgo on March 11/12 opposite a whole whack of Pisces placements (Sun, Mercury, Chiron, Pallas Athene, and Neptune) and square Saturn in Sagittarius.

These bodies form a mutable t-square configuration under the Full Moon rays, indicating that a transitional period is now coming to a head.

We have to put our best foot forward now in order to secure a desirable place within the new order that will form coming out of this Virgo Full Moon. Show your work ethic, your organizational skills, and your attention to detail (Virgo)...but also your compassion, your humanity, and your willingness to go with the flow when necessary (Pisces) in order to fully rock this.

The Moon reaches its fullest point in the sign of the virgin on March 12 at 7:54 a.m. PDT.

(Note to self: remember the change to Daylight Savings Time on March 12, as well!)

Keep working, keep pushing, and keep perfecting despite fatigue. It's ultimately your own standards that must be met here.

Our daily efforts are being pushed to a high point, a peak moment, and as we coast over the Full Moon hump, we should start to see some concrete results from systematic hard work. The refining and improving and streamlining we've done starts to come together into a fully-operational whole system, and we're relieved of some of the most painstaking detail work as things start to gel a little.

Conversely, if people have already been coasting and letting details slide, now is a time when daily operations could get very glitchy, becoming severe pains in their asses. IE. chaos prevails

Virgo is a sign that knows the benefits of maintenance as well as the pitfalls of letting that maintenance slide. It also knows how very much the small details matter in the operation of the whole system. If there are long-term flaws in the system or areas of neglect, full-on breakdowns could occur under the pressures indicated by these aspects.

The Sun-Mercury-Pallas Athene-Chiron in Pisces will be opposite the Virgo Moon, and all those bodies will be in square aspect to Saturn in Sagittarius, forming a massive mutable t-square. Changeable, changeable, changeable. Things will be coming apart at the seams a little ahead of new order, so stay flexible under the lunar madness...

Damnnnnn, all the Pisces in the astro atmosphere at the moment can be draining.

We're really being hammered on all those fine details at the moment, battling the slippery-slidey material reality that is prevalent under a strong Pisces contingent. But never fear: the job is done just as we hit our exhaustion point.

Hold yourself to your own high standards, but don't expect perfection under this glut of Pisces within mutable t-square. It's even more apparent than usual that the universe has a will of its own and is apt to throw a monkey wrench or two into the works for its own mysterious reasons. The concrete systems and processes and perfectionism of Virgo must also allow a crack or two to let in the magic and mystery and meandering workings of spirit.

So focus on making loving corrections when necessary rather than demanding perfection as we keep this train on track, and maintain a sense of humour and good will about the mysterious monkey wrenches that are beyond our control.

Most people are doing the best they can under aspects that indicate some level of struggle and challenge for everyone. Help people to do better if you are able. Let others suffer the inevitable consequences of their own shoddy work/efforts. But don't nitpick on every little detail, and don't demand utter perfection under the current astro conditions unless you are a big fan of disappointment!

Stay flexible, and make adjustments and corrections on your end whenever possible to flow through this mutable t-square Virgo Full Moon.

Mercury enters Aries on March 13 (2:07 p.m. PDT), and that fiery placement starts to dry us out from some of the Piscean sog as we look actively toward spring in the northern hemisphere.
Posted by Willow at 10:27 AM

I am not suicidal, too mad to be. But life is so useless, bizarre and horrific right now with these energies. The unaware are so clingy and scared and dopey, blocking everything. It's like you went to a movie to escape for a couple of hours and they led you in to your seat, locked the doors so you couldn't leave, and make you watch a draining slow boring foreign film except it's directed by David Lynch. Forever. Just unending lunacy, neediness, useless endeavor you have no interest in, and everyone's stoopid opinions. The universe sucks because it's slow and fuggin retarded. Get this idiot shitshow over with one way or another, but NOW. In the words of Maynard: flush it down, flush it all away.
I am 100% full blooded reasonable Grade A human being, I never would have came here to this shitshow toilet if I knew it was this backward and by design. Aliens must have standard jokes about Earth. What did the mindless asshole Earthling say to the Grey: smell my finger!

What we need is some good news (who doesn't?). I found this amusing story at the end of a Corbet Report 1262. It appeals to my Virgoan Pluto and my stellium in Aquarius. Here come the Portland Pothole Repairing Anarchists! Lol. Also known as the very 'useful' anarchists....

Yeah, there is a lot of debate about whether that is a good thing or not amongst the anarchists. heh