Actual Signs of Spring at Spring Equinox? What a Novelty!

These photos were taken one day apart, and spring has apparently sprung in between. I have to say how much of a novelty it is to experience actual signs of spring at spring equinox. In previous Canuck living locations, spring often doesn't roll around until late April. It's not unheard of to have a blizzard in early May. So these sweet signs of spring were quite delightful to discover.

Happy Spring in the northern hemisphere! And Happy Fall in the southern! Just in time for the Sun-Venus interior conjunction to rain its benevolent rays down upon us March 25, followed by a New Moon at 7 degrees Aries on March 27.

Let the good Venusian vibes carry you into something fresh... 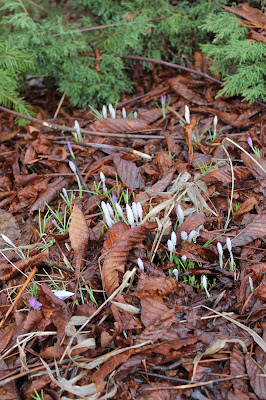 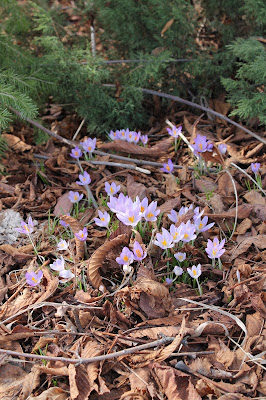 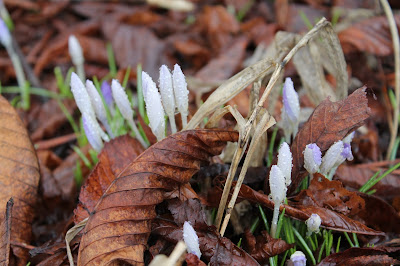 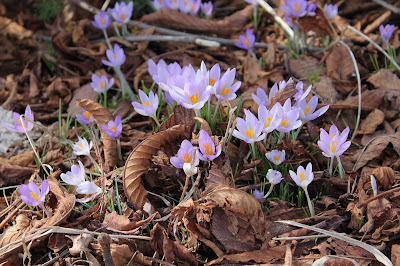 
They weren't wasting any time, were they? Haha

What are those, Willow?

Most all the local trees have budded and are ready to burst out, too.

I'm not sure what the flowers are - they are at my neighbour's place.

They look like white crocuses. Bulbs that naturalize and bloom in early spring (some in autumn).

They're kind of like the robins of the flower world. "Must be spring -- I saw my first crocus today!"

They also come in yellow, lavender, or purple flowers.

That would make sense! Thanks for identifying them.