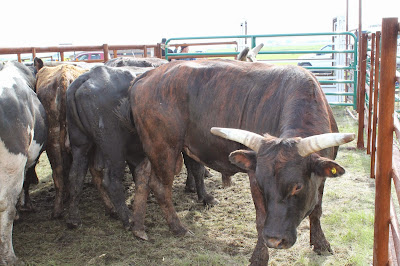 You mess with the bull, you get the horns.
Photos: Willow

The Moon is currently in exaltation in Taurus ahead of the Taurus New Moon on May 17 (10:13 p.m. CST) when the Sun and Moon will come together in conjunction at 26 degrees of the sign. This kicks off a 28-day lunar cycle coloured by themes of Taurus the Bull until June 16.

Taurus energy is rich, rustic, sensuous, earthy. It's slower-paced, grounded, and dense. It's simple, basic, and traditionally-minded. It's close to the land, close to the dirt, close to nature and to the seasonal cycles. Taurus is a sign known for its love of relaxation and simple pleasures, but it is also a sign that is not afraid of hard work. Farming and ranching would be two classic forms of rustic hard work associated with Taurus, but any job or project that requires endurance, perseverance, and a sustained effort to make progress in the physical world would classify.

The influence of Mercury, Mars, and soon the Sun (May 21) in Gemini during this Taurean lunar cycle, however, indicates that much of our hard work this month will be mental, verbal, information-related, and organizational rather than strictly grunt physical labour. This hard work is made less arduous if we can manage our stress levels, keep information flowing, and avoid overloading ourselves with too much busyness, conversation, information, worry, or social activity.

We're working to keep many balls in the air while simultaneously putting a new foundation under our feet. Keep it as simple as possible.

Taurus is the sign of the farmer, and Taurus season coincides with sowing/planting season in much of the northern hemisphere. This makes it a good time of year to turn our attention to food and to the sources of our food. 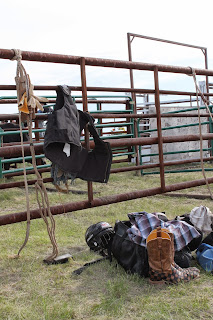 In keeping with our farming and ranching themes combined with a strong Gemini/Mercury influence, passing and receiving information about the state of our food supply are key components this month.

The miserable, terrifying, and ongoing 500-year drought in California, a major food supplier for North America, is one element that must be brought more strongly into the collective psyche at this time.

This is also a good time to talk frankly about the widespread problem of hunger on this planet (including in "rich" countries like the United States and Canada), as well as the lack of political will to alleviate this horrifying situation. Forty-two million Americans are trying to subsist on food stamps at this time. Nutrition should not be an afterthought, but this becomes the case when it's a struggle just to fill your stomach - and the stomachs of your children - on a regular basis.

The low quality of food in prisons and other institutions is another subject that must be brought more strongly into the public discourse.

The dangers of both genetically modified organisms (GMOs) and radioactivity in our food are other areas that must receive much more play in public information channels.

Multiple species of Pacific Ocean sea life along the North American West Coast continue to experience mass die-offs. These die-offs have been especially prevalent since the Fukushima nuclear disaster began in March 2011. (You can read all Willow's Web Astrology articles on Fukushima here.)

All these die-offs can be researched in the search engine at www.enenews.com.

This Mercury retrograde period in Gemini (May 18 to June 11) is a good time to reconsider eating seafood, at the very least.

As written about previously, the 2015 growing season marks the second year that genetically modified alfalfa will be planted in "demonstration plots" on Canadian soil. GM alfalfa was approved for commercial sale and growth in the United States in 2011 amidst huge opposition, and contamination of the natural alfalfa crop is already widespread.

A thorough primer I've written on the subject can be found here: Twenty GM Alfalfa "Demonstration Plots" to be Planted in Eastern Canada in 2015, "Co-existence" Plan Moving Full Speed Ahead

I also wrote about the "Stop GM Alfalfa" letters to the editor campaign recently being kicked back into gear in this post.

Since writing that article, at least three of the local weekly newspapers in this area have printed my letter.

None of the big city dailies have touched it so far.

This brings up a wider problem related to the disconnect many city people have in their minds between the food they eat and the sources of that food - sources (farmers, ranchers, labourers, transporters, distribution networks, stores) that need their awareness and support.

People in cities don't eat food that comes from farms, don't you know? Their food comes from the supermarket!

I remember trying to explain over the phone to a downtown Vancouver CBC reporter why she should care about the infiltration of genetically modified alfalfa, a staple livestock feed, a natural fertilizer, and a crop widely used in organic agriculture.

"You have the DOWNTOWN NEWSROOM! We don't grow alfalfa here."

It takes a lot to leave me speechless, but that pretty much did it.

When you can't get the reporters, the supposed informers of the people, to care or understand, you know you're in trouble.

(And you see one of the many, many reasons Willow defected from mainstream journalism almost immediately after graduation...)

For a quick recap on why you should care about the invisible infiltration of the natural alfalfa crop by genetically modified versions: How Genetically Modified Alfalfa Affects You

We're living in a time when people are much more concerned about what's on their cell phone screens than what's on their plates. People are "too busy" to cook real foods, to seek out local sources of food, or to research what they are putting in their (and their family's) mouths.

This has to stop.

This Gemini-influenced Taurus lunar cycle (until June 16)  is a great time to make some changes that seem difficult-if-not-impossible but are actually just a matter of changing habits and routines - a big theme for fixed, set-in-its-ways Taurus.

Some of these changes may include:

- adopting a natural, whole foods diet and eliminating processed foods
- cooking more simply and rustically with fewer, higher quality ingredients
- getting your hands dirty with yardwork, planting a garden, planting flowers or trees, or planting a windowsill herb garden
- visiting your local Farmer's Market and loading up
- freezing or canning for the year ahead
- making the switch to more local food sources, including Community-Supported Agriculture (CSA) programs in your area
- spreading the word about local food and local farmers
- becoming more choosy about your food sources, demanding higher quality products
- requesting non-genetically modified food products at your supermarket
- becoming more fully informed about the dangers of GMOs, chemicals, and radioactivity in food

One problem with Taurus themes is that they often seem like a whole lot of hard work - so much hard work that people give up before they even start.

Another problem with Taurus is that it can seem not very fun. The opposite of fun. Just pure, arduous non-fun.

But the antidote to this, I believe, and the way to inject more fun, is to adopt a little of the Plutonic punk "who gives a fuck?" attitude.

I was raised in (and have now returned to) a highly rural and conservative area that is absolutely dominated by traditional, old school Taurus and Cancer energy. To many of the people here, traditional Taurus (hard work, money, physical possessions) and traditional Cancer (family, kids, nuclear family unit) are all that exist! They're certainly all that "really matter."

Believe me, I know how stultifying, suffocating, infuriating, and eyeroll-worthy these traditional energies can be, all at the same time. (Especially when you add a major dose of old school self-righteousness.)

I'm here to remind you about the the Plutonic Punk Gardening Style, which can easily be applied to food, in general:

It doesn't have to be done the way it has always been done!

You can do things your own way!

You can experiment, have fun, and do it the easiest way possible!

And finally...remember that all-encompassing Plutonic punk "fuck it" attitude whenever you need a little reminder!

One pot of basil in your windowsill can give you fresh herbs for the summer. Grow some more, and you can dry the leaves for use all year round.

Don't let the hardened, hardcore gardeners intimidate you. You can do it your way. You can learn as you go.

I've planted three gardens now in three consecutive years, and none of these gardens was what I would call a thriving success.

The first year we got no rain, and there was no way to water the "road allowance" garden my sweet father had made for me. See Plutonic Punk Gardening article.

The second year, I planted in a friend's backyard that got very little direct sunlight, and things did not go well. 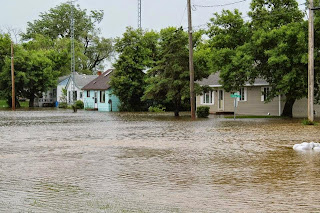 Last year, (the third year) was the massive flood that consumed almost the entire village where I live. Talk about Plutonic rising from the dead! My garden was under water for three full days but still managed to produce a few edibles for the year.

It would be easy to get disheartened by all this, but I have farming and ranching in my blood, so of course, I'm planting again this year with optimism. (I live in "next year country," and I'm hoping this is next year!)

I'm delighted with anything that grows in my scrappy, Plutonic garden despite my black thumb (or perhaps just my questionable gardening luck).

Happy Taurus New Moon, and Happy Gardening, all, whether full-size, windowsill variety, or from Farmer's Market produce finds!
Posted by Willow at 1:15 PM