Summer Solstice, Chiron Stations Retrograde in Pisces, and Starfish As Coal Mine Canaries 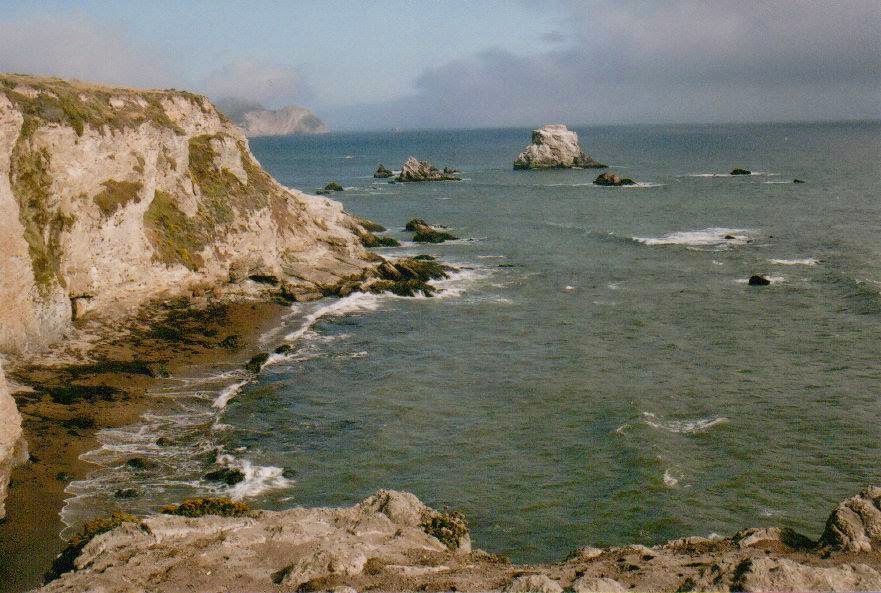 Beautiful Point Reyes in Northern California during a hiking trip with astrologer Matt Savinar in June 2012 during the Venus Transit.
Photos: Willow

Chiron (wound, sickness, healing) stations retrograde at 17 degrees Pisces (oceans, spirit, connection of all life) on June 20 just as we mark summer solstice in the northern hemisphere, and the symptoms of a very sick and very irradiated Pacific Ocean continue to stack up.

Oyster and mackerel stocks are the latest to collapse along the California coast, but this is just the most recent news in a slew of illness, death, and mass collapse of marine life all along the West Coast of Canada and the United States.

"Sea stars are dissolving into goo all along the West Coast of Canada and the United States. Seals have been showing up with open sores, hair loss, lethargy, crumbling livers, and enlarged hearts since the summer of 2011. Fish and kelp have tested positive for radioactive isotopes from Fukushima since early on. Eight times the usual number of dolphins are washing up dead along the East Coast of the U.S. Sea lions are showing up sick, convulsing. There are mass fish kills going on all over the world. Sardines are disappearing along the West Coast. Pelicans, which feed on sardines, have been starving since 2011. Toxic algae blooms are showing up, indicating a pH imbalance in the water. Manatees are dying en masse around Florida. Abalones and sea urchins are dying off the coast of California. West Coast owls have been dying of acute hemorrhaging since winter 2011. Dead sea creatures litter 98% of the ocean floor along the California coastline. Previously, 1% of the ocean floor was covered, and the increase began in 2011.

But all you will see in mainstream media are "baffled," "perplexed," and "stumped" scientists and academics, spouting nonsense about "mystery illnesses" and "mystery diseases" affecting the animals."

The marine life deaths are being blamed on everything from El Nino to global warming to mystery illnesses. Not once is the radioactivity from Fukushima raised as an issue, unless it is to downplay it or to eliminate it as a possibility.

Starfish (also known as sea stars) are on the verge of extinction along the West Coast of Canada and the United States. Their bodies are dissolving into goo en masse. This species is experiencing one of the more dramatic and visible collapses, and we have to ask why that is.

This data, posted to enenews.com, comes from test results from an island in Alaska that was measuring residual atomic bomb test radiation. It shows that horse mussels bio-accumulate radioactivity at a much higher rate than other species of marine life. Horse mussels are a primary food source for starfish.

Chiron is now stationing retrograde at 17 degrees Pisces exactly trine Saturn retrograde in Scorpio. This potent Saturn-Chiron trine will be strongly in effect throughout July and August, with a final exact trine occurring August 5...


This is an excerpt from the article "Summer Solstice, Chiron Stations Retrograde in Pisces, and Starfish as Coal Mine Canaries." The article is available in its entirety to Willow's Web Astrology patrons, or it can be purchased for $5 at PayPal or by email money transfer.
Posted by Willow at 10:10 AM

Thanks for being so great a spokesperson for this totally under-reported disaster.

I'm going to try and make my US Rep. Denny Heck aware of this, and force it to the attention of our A.D.D. Congress.

Read it yesterday. That's why I am a patron of yours. Thank you for your fearless intelligence. Refreshing in a world so full of bullshit.

According to the article, no one has a clue what's been killing marine life up and down the West Coast for the past couple of years. Scientists think it could be an obscure species of bacteria that has struck before. But they haven't ruled out 'some new pathogen". In any event researchers are puzzled.

I tried to post a comment there, but can't do so. I wanted to post that the truth is, it's no mystery why this is happening. I wanted to quote the following with attribution to Willow's article: "Radioactive contamination from the Fukushima disaster is collapsing the ecosystem of the Pacific Ocean. See 'Willow's Web Astrology' website for ongoing coverage."

Sincere thanks to you, Willow. I guess if the six o'clock news did cover it, they'd go with something like 'Stargazer speaks out for Starfish.' Instead of the real story: 'Mainstream media--cowardly, compromised, and co-opted by corporate masters--fails again. This time it's personal.'

That way, you don't get into the astrology, which people will use to discredit you. ;-)