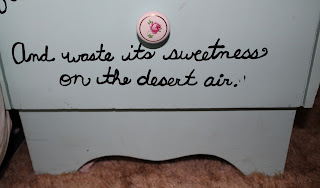 Photo: Willow
﻿
Mercury and Mars are currently conjunct in early Pisces (11:57 a.m. Central), and both bodies are in separating conjunction to Neptune in Pisces. Things are a little...squishy. Soggy.

Mercury and Mars will move into a conjunction to Chiron in Pisces and a square to Jupiter in Gemini over the next few days.

This Jupiter-Chiron square being so strongly activated creates some major pockets of instability, especially with communications. The universe has a mind and a message of its own, and this is very apparent in our interactions now. This is a lot of mutable energy, with some swirly, whirly, tensely-aspected Pisces, which requires a lot of adjustments, juggling, and going with the flow from us. If things don't go according to plan over the next couple months, don't take it personally. In fact, it might be beneficial to prepare yourself for things not to go according to plan.

We can't wrap our minds fully around where we are now. Staying on top of the details is a challenge, to say the least. Things are messy, confusing, and chaotic with a strong "hamster on wheel" flavour. Running, running, running and seemingly getting nowhere.

Keep your head down, and keep plowing through. Don't give up. There's only so much we can do with this mess.

"Jupiter direct is in an applying square to Chiron in Pisces (wounding illusions, deluded thinking, disappointing information and realizations of the truth) for the next two months, forming its third exact square to Chiron on March 27, 2013. This Jupiter-Chiron square will be lit up as Mercury, Mars, the Sun, and Venus conjunct Chiron in Pisces and square Jupiter over the next couple months. This square colours all of Pisces season (Sun in Pisces, February 19 - March 20), and we're strongly challenged to outsmart the end-of-Pisces themes over the next months."

We have to watch this slippery, slidey square aspect over the next couple months. It already indicates some Mercury retrograde-esque effects, and these will be compounded by an actual Mercury retrograde in Pisces, the sign of Mercury's detriment (February 23 to March 17).

Words, ideas, impressions, and images can be deceiving or misleading. Misunderstandings are probable. Messages disappear now or go otherwise unreceived. Illusions and false versions of reality are being painted in the world of media, public relations, communications, media, and internet. Slippery tongues are working things by us. New Age dumbassery will be at a high point over the next couple months. People who court and reinforce guru status will be taking liberties now, glossing over unpleasant facts, even as one little pin prick could deflate their bubbles.

Mercury in Pisces enters its retrograde shadow later today and triggers the Jupiter-Chiron square exactly February 9/10. This brings the themes of the square into the full retrograde process. Mercury will station retrograde at 19 degrees Pisces on February 23 and move retrograde all the way back into this square, stationing direct March 17 at 5 degrees Pisces, conjunct Chiron and square Jupiter.

"Coloured so strongly by tense aspects to Neptune and Chiron in Pisces, conversations we're having have a meandering - and often highly confusing - wisdom of their own. Words fly off into the psychic abyss, and we're unable to discern their effect. The universe is working through us to get the healing words to the injured places and parties, but it is a struggle to communicate. There are snatches of conversation here and there, broken at will by a force that knows better than we do. Threads are picked up and dropped. Connections peter out. There is not much flow or continuity, but we have to go with it. Even miscommunication has its purpose.

People are going to be under the mistaken impression that they're having a conversation with each other when they're really on two totally different tracks, talking to ghosts, spirits, etheric echoes, replying to long-ago conversations that have just now been understood. There are deja vu moments. Haven't I had this conversation before? Words like perfume, lingering, drawing bittersweet memory. Lost connections like a hole in our hearts.

These squares indicate some mental and emotional chaos. From jubilant to rock-bottom doldrums and back again in the space of an hour.

We can expect some Mercury retrograde-esque effects, even with Mercury direct.

Feedback is distorted, full of projection. Don't take it too seriously.

People latch onto one layer of the situation but miss the big picture entirely.

We speak as if in a dream, trying to make ourselves understood. We can talk and talk and talk, trying to make things clear, trying to form a solid connection, and our efforts disappear into the misty Neptunian swamp. Our words are swallowed, diffused, dissipated. We try angle after angle until exhausted.

But it isn't pointless.

Communicating is the path of greatest expansion, inspiration, and interest now.

Jupiter is our luck. It's our ace in the hole. And in Gemini, we have to talk. We have to communicate our perspectives and receive the perspectives of others, when meaningful. We have to circulate information, make connections, network, reach out.

And yet, we're going to get nailed for doing so. We're going to hear things that hurt us, and we're going to say things that hurt other people. Conversations are going to go haywire, not as we'd hoped. Our minds will be muddled. The blocked connections and spotty communication can leave us desolate, longing, playing out patterns that have proven unsatisfactory in the past. Waiting for the phone call. Or the text. Or the word through the grapevine.

The illusions of the astrological Piscean era are attempting to attach, to weasel their way in. They're looking for a free ride into Aquarius by filling our minds with the pretty pictures and skewed thoughts that cause us pain and suffering in the end."

With Mars in Pisces closing in on Chiron, we have to be careful not to fall into full-on end-of-era listlessness, despondence, or futility. These feelings are swirling around now. We want to give up at times, to fall into passivity, to just say "fuck it." There are certainly potential dead ends involved here, old school Piscean zones that can waste time and energy. But Mars in this sign conjunct Neptune in early Pisces indicates that as messy as it is, there is an active direction we need to take through the cloud and confusion. We need to be carving out a new expression for Pisces - Pisces for the astrological Aquarian era - and this requires our active participation and self-direction.

As we do so, however, we can hit those pockets of end-of-Pisces overwhelm, futility, and overall blah where we don't want to do anything. (Mars conjunct Chiron in Pisces) We have to keep moving through these, as if through a fog, even as our will is weakened and our physical energy is diffused and dissipated.

Mars in Pisces will also trigger the Jupiter-Chiron square February 10 - 12. This brings elements of frustration and anger to the scene, but also potentially powerful personal progress and direction.

All the communication chaos and glitches associated with the Jupiter direct station January 30 can become too much over the next week. Too much information and "issues overload" are definite cautions. We're more sensitive to information and media now, so filter accordingly. Use your anger as a guide as far as whom or what to tune out.

Ideological clashes can be stirred quite easily now. Differing philosophies or slightly different angles on the same subject will create friction among people this coming week, so detach and let feisty exchanges dissolve into the ether as much as possible.

Jupiter's transit of Gemini indicates a time when it's beneficial to share different perspectives in order to come up with broader truth.

But Mars square Jupiter (exact February 10) stirs themes of getting pissed off (Mars) at loudmouths (Jupiter in Gemini). Whom you consider a loudmouth will more than likely vary depending on personal beliefs, but this Mars-Jupiter square definitely brings elements of anger and aggression to ideological, religious, belief-related, and philosophical discussions. People's opinions and how they choose to share them can be sources of motivation but also of friction, anger, and verbal entanglement this next week.

The over-saturation of certain pespectives in media will be hard to tolerate over the next while.

The over-simplification of complex issus and the co-opting of alternative voices will be particularly anger-inducing. (A strong theme with the New Age.)

People are "issued out" in certain respects, drowning in all the end-of-Pisces problems we face on this planet, so very careful dissemination of pertinent information is required.

Be careful about getting up on any soapbox at all this upcoming week. It might be better to coast.

However, we are also getting in touch more directly with the energy of the new expression for Pisces, with the influence of Neptune in Pisces as our touchstone. We can pick up the new tone here and make moves related to it. Changes in our own perspectives are refreshing and energizing now.

We will experience a New Moon at 21 degrees Aquarius February 11 (1:20 a.m.), and we're opening more fully into a new era, as well as into a new lunar cycle.

Even when it seems we are swimming around in circles, we're carving out a new place for the sign of Pisces, and this can be very inspiring.

So keep swimming, fishies. Just watch for openings into a new route whenever you can.

The Sun and Venus enter Pisces later this month, triggering the Jupiter-Chiron square yet again and keeping these themes at the forefront.
Posted by Willow at 6:30 AM

a line from one of the nursery songs I used to sing with pre-schoolers: "Swim, said the mama fishie, swim if you can, and they swam and they swam right over the dam......!"

Thanks for this Willow.

"We want to give up at times, to fall into passivity, to just say "fuck it." There are certainly potential dead ends involved here, old school Piscean zones that can waste time and energy. But Mars in this sign conjunct Neptune in early Pisces indicates that as messy as it is, there is an active direction we need to take through the cloud and confusion. We need to be carving out a new expression for Pisces..."

Needed to reread this. Thank you!!

This is so amazing, dear Willow. So helpful to read it again. Don't know why I didn't post a comment at the time, think I was too busy drowning! Thank you. ((( )))