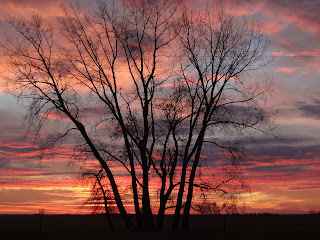 Feminine warrior spirit asteroid Pallas Athene is retrograde in late Pisces, and the fight has gone to the metaphysical realms. This makes things mighty tricky. We're fielding psychic waves of anger and aggression and even full-out attacks, but we can't always see where our opponents are coming from or who they even are.

The battle is on, nonetheless, with a key theme of: etheric catfight.

Bitches be scrappin', whether fully visible or not. And it's the witchy lines, the priestess lines, the alchemical artist lines, the wise woman lines, the earth mother lines that are kicking up most of the fuss. There's a long history of this type of stuff on the planet, and it can get extremely harsh. It isn't limited to women, but women are primary players.

With Venus in Libra in cardinal t-square configuration with Uranus and Pluto (exact November 1 to 3), the females are taking position.

We all think we know best. No, scrap that. We all know we know best. And working out whose version rules supreme, where, and at what time is part of the irritation.

The asteroid representing the female warrior who did it as well as, if not better than, the guys has been highly prominent over the past months, stirring its themes to the blazing point. Pallas Athene in Aries was up front and centre during the first two exact squares of Uranus in Aries and Pluto in Capricorn in June and September, tightly conjunct Uranus. This added the element of establishment-busting female fight, female leadership, and feminine strategic direction to the proceedings.

Pallas Athene retrograded back into watery Pisces October 3 for a bit of a break from the fiery Arien front lines, but it's still carrying the charge from those Uranus-Pluto squares. Pallas stations direct November 20 at 22 degrees Pisces, re-entering Aries January 10, 2013. From there, it makes its final pass through the Uranus-Pluto square with a conjunction to Uranus in Aries January 28 and a square to Pluto in Capricorn February 12, 2013. This asteroid just keeps on kicking ass.

Male warrior planet Mars in Sagittarius squares female warrior asteroid Pallas Athene in Pisces on November 7 at 23 degrees of the signs, and things are pushed to an acute point. Philosophical and truth-related clashes will generate sparks. Differing belief systems, cultural allegiances, and flavours of wisdom coming into contact with each other will kick up the angst. Again, half the battle is in the psychic/metaphysical realms.

We're struggling with our own psychic spaces, as well as with potent psychic impressions swirling around us with stationing Mercury square Neptune in Pisces.

Pisces is a sign related to blind spots that can become weak spots. With Pallas Athene here square Mars, these are places where we're particularly vulnerable to attack. We need to know these places well. Buffer and protect every area that comes to your attention. Every gouge and every hurt serves as a reminder to get smarter, tougher, and more self-protective in those areas.

Anyone with placements in the late degrees of the mutable signs, particularly Pisces and Sagittarius, is working a particular hot spot here.

Soul mate asteroid Juno, which has a highly feisty quality all its own, is also transiting Sagittarius and will square Pallas Athene November 28. The friction (and potential bitchiness) of this Juno-Pallas Athene square is helping us to get clear on exactly what we believe and exactly what rings true to us as we mould our ideals for a new astrological era.

The plaster is still wet, holding form for those ideals, and this means our sweetest, loveliest efforts are vulnerable to outside forces mucking them up. These squares indicate we're going to be defending our ideals, along with the right to freely live our own dreams, our own truth, our own cultural wisdom, and our own versions of what's right - while the people around us do the same.

The key is to get these squaring energies working together, on the same team.

Spiritual and religious paradigms past and present have whitewashed out the female influence, making it invisible and subservient. These squares act as the frictional impetus to stand up, speak up, and add the wisdom and knowledge of the feminine to the scene.

That wisdom and knowledge doesn't necessarily come in the form of easily-swallowed, non-threatening Glittery Goddesses and Angels and Mermaids and Faerie Nymphs, either. (A lot of that was designed to titillate dudes, anyway.)

The feminine wisdom and knowledge that needs to be integrated is white hot and will shake things up considerably. It requires something of people. It makes people uncomfortable at times. It's not about being pretty or demure or seductive. It demands its rightful place - nothing more, nothing less.

And all this will potentially be making females very feisty with each other as they clamour to have their truth heard and fully represented.

Women are used to having to compete for a limited number of spots, a limited amount of influence. We're working our way into full representation now - or at the very least, into a full understanding of the detrimental feminine shortfall - and it takes our "A games" to get it right.

The smallest sticking points now have connections to deeper ancestral grudges, potentially stirring profound insult. Their ripple effects emanate from many other times, other places, other people, other dimensions. This stuff has more layers than Farmer Dave's prize onion at the county fair.

The key with the strong Pisces element is to accept the feisty dynamics for what they are while also finding the threads that connect seemingly disparate versions of truth, wisdom, culture, freedom, politics, morality, and ethics. Pisces is the "universal factor." When you clear it all away, the truth of the human condition on this planet has commonalities, universalities, that go beyond time, space, race, gender, culture. The ultimate goal is to find the point where the feistiness and fight drift away into the magical, mystical, awe-inspiring flow that is life on this planet. Into that pure love and compassion that catches in our throats, chokes us up, makes us grateful for every moment of every day on this trying little planet.

Easier said than done with everyone primed to etherically shank each other's asses.

Where there's Pisces, there's grief. This is one of the commonalities at the tail-end astrological Piscean era. Most of us hold shell shock and grief inside related to what's gone on and what continues to go on on this planet.

Being unheard and under-represented is a common cause of this grief. Feeling inconsequential and helpless as we watch the pain, dysfunction, and destruction caused by an imbalance of masculine and feminine/male and female is another.

Having our deepest, dearest wisdom passed over, diminished, disrespected, and then being forced to live through the horrifying results of that. Being refused due respect, influence, and position.

Most wise women clamouring to be heard now know this grief. We carry what we know as an ache in our hearts. This is one of the things we share.

Oh, we're going to scrap it out, there's no doubt about it. It's necessary. But remember the Piscean threads that connect during the heat of the battle.

Just read this post today, on the seventh. I so resonate with you. i have been acutely feeling the battles going on on the astral. but the energy has been so elusive and difficult to get a hold of. I have been carrying my protection stones with me every day. I just received a beautiful heart of pyrite! I never realized it was for protection until i looked it up, i usually use tourmaline.
The grief you speak of in Pisces is oh so real to me. I have Saturn at 28 degrees Pisces and my father died 8 months ago. His death as sent all of my siblings into anti-depressant alcohol laden trance states, while my older sister has been raging psychic war trying to take my father's place of control. Yes, their are major past life scripts to all of this (Egypt, Middle Ages, etc). i'm just trying to stay balanced and take the high road of compassionate witnessing while trying to duck and cover when the projectiles start flying.
Thanks so much for your writing. Wish i had found you earlier in my life. I have the Pluto-Uranus conj of the mid sixties sitting on my midheaven so your writings on Pluto are extra helpful. And yes, I'm a goth-punk and will always remain a goth-punk! love you dear