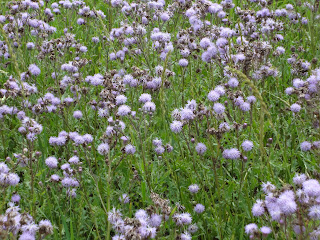 Love, money, and relationship planet Venus clears its retrograde shadow at 23 degrees Gemini on July 31, and as it does, it makes an exact trine to Saturn at 23 degrees Libra, in the final leg of its 2.5-year transit through the sign of the scales.

This has a very nice completion feel to it. Things are being capped off gently with this flowing air trine, and we're made aware of how far we've come in matters of love, relating, and partnership since Saturn first began its relationship overhaul and renovations in October 2009.

If we've done the work, we're in stronger relational position now than we've ever been.

Chapters end, cycles close, and we officially move out of the Venus retrograde period in Gemini which included the Venus Transit June 5, putting that momentous event behind us. Venus has been in Gemini for about four months. You can read more about the transit here: Venus Enters Gemini, A New Relationship Cycle Begins, and Mutable Madness Permeates the Skies.

As of August 1, Venus clears the last of the retrograde degrees, and we're officially in new territory on relationship fronts - just in time for the Full Moon in Aquarius that night. According to certain astrological indicators, we've officially entered the first relationship cycle of the astrological Aquarian era, making the new relationship cycle opening more far-reaching and all-encompassing than usual. New relational rules, standards, and responsibilities apply.

Coming to the end of the Saturn in Libra transit:

"There's a solid groundwork that should have been built by now - new relational rules and standards, a heightened command of social responsibility, the ability to maintain equilibrium under pressure, as well as a new maturity in the tone of our relationships, especially between the sexes. At this point, people either have it or they don't...

This far into Saturn's transit of Libra, we start to see the social and professional results of having put this groundwork in. We also see the results of not having put it in, as well as the areas that contain hazardous holes and breaks in structure. This is especially apparent when we relate with those who have shirked the full effort.

Under Saturn in Libra, we've determined who makes for a favourable partner and who doesn't, and now these standards must be applied across the board...

Only take on the responsibility toward others that feels absolutely right to take on, and don't give anyone a level of responsibility in relation to you that he or she is not meant (or equipped) to take on...

[I]t's a person with solid integrity, with some financial savvy, with a nose for legitimate advancement, with expertly handled personal responsibilities, and with the ability to dig in and get the job done even if it means deferring personal pleasures who is most attractive under these astro energies.

[Saturn in Libra] is seeking partners with strong shoulders who bear their burdens well, partners who act their age (even older than their chronological age). [It's] seeking a partner who understands the full realities of life, including the difficult, sombre, or "unfun" aspects, who understood them early on, and who worked with them pretty much from the get-go rather than sloughing them off...

People who are obviously playing catch-up on this front are not going to hold as much appeal. We're looking for the results of long-term efforts - what a person has built and what progress has been made over the course of the lifetime.

Charm is a quality with a decreasing amount of value the closer Saturn gets to Scorpio if it is not also attached to absolute integrity and authenticity. Those are the qualities that make bank under Saturn in Scorpio. People who have skated by on looks, charm, charisma, or social prowess and facade are going to find these qualities don't get them nearly as far as they used to.

Playboys (or girls), those who refuse to grow up, the skittish, the cheaters, the fibbers, the non-committal, those who can't manage limitations, restrictions, or adult responsibilities - these people become less and less attractive."

Let's hope we're quick on the uptake with the new relational rules, standards, and responsibilities worked out through Saturn in Libra because they're being put immediately to the test.

We have exactly one week to enjoy the new Venus in Gemini territory and the Venus-Saturn trine before Venus enters cardinal water sign Cancer August 7, moving straight away into tense cardinal t-square formation with Uranus in Aries and Pluto in Capricorn.

That cardinal t-square is exact August 15 and occurs on the same day as Mars in Libra forms a difficult, constricting, even at times desperate conjunction to Saturn in Libra. The constriction of will, energy, and personal direction indicated by this conjunction of the malefics will be difficult to endure during the second week of August, particularly for males and for females who are used to unfettered energy and movement.

Venus in Cancer within cardinal t-square formation is the dispositor of both Mars and Saturn in Libra, and tense, challenging relations under a whole heap of pressure are the dominating theme August 7-17.

We're grinding out progress, but it's hard-won, to say the least.

Soft, comfortable places we're used to falling with Venus in Cancer can prove poisonous under opposition from Lord of the Underworld Pluto in Capricorn. The familiar can become suffocating quagmire, with the Venus square to Uranus in Aries forcing us to go beyond relational comfort zones, beyond usual faces and dynamics. This cardinal t-square forces us to shed prior safe havens in search of something more dynamic as people and relationships morph and change before our eyes.

Relationship structures new and old are being tested on all fronts this August. Every joint, every weld, every bolt and screw are being given the no-nonsense go-over. Anything that cannot withstand the pressure now will crumble ahead of Saturn's transit of Scorpio and the 2013-2014 cardinal Grand Crosses. Shoddy workmanship will not stand.

Weaknesses in our relationship foundations and structures being drawn to our attention now are blessings in disguise, however, as we will have some time to rework things and fortify ahead of Saturn's ingress of deeper, darker, more potentially ass-biting Scorpio October 5.

Structural relationship weaknesses or issues left unresolved will certainly start kicking up the angst once Saturn enters Scorpio, so dig in now wherever you find a fatal flaw. Long-standing issues, hurt, and resentments that have been buried or denied will surface, resurface, and then surface again under Saturn in Scorpio, so make sure your relational frameworks are as sound as they can be ahead of those challenges.

Make sure the people in your life will hold under pressure, that they are solid, and that they can be counted on. Make decisions about who you have in your life now, with Saturn in notoriously indecisive Libra, or the decisions will be made for you.

Giving the wrong person the wrong position in your life at this point creates very sticky and protracted problems later.

Saturn is currently conjunct highly fortunate fixed stars Spica and Arcturus, making relationship challenges a little easier to manage until August 17. You can read more about that here: Saturn Re-Enters a Fixed Star Safe Haven From the Heat of the Via Combusta

Because of Saturn's (relatively) beneficial position, the best time to address relational weaknesses is as soon as they come up this August.

Resolve all you can in relationships past and present. Move into and solidify new social position. Finalize decisions around relationships and social scenarios.

The North Node moves from Sagittarius into Scorpio August 30 just ahead of Saturn entering the sign of sex, death, regenerative healing, x-ray vision, and hardcore soul drive this October. Clearing slates before then is very much in our best interests.
Posted by Willow at 10:20 AM

Funny, I wrote on one of my blogs a few weeks ago Things that Saturn taught me: Integrity, it's so attractive'. Nothing matters more to me now!

No wonder I've been depressed....Venus is sitting on my South Node (23 Gemini)

If i have N.N Gemini in birth chart, Will my node shift now as it moves in to Scorpio?

It will be in my 1H if this is the case? as i have scorpio in 1 house with saturn and mars.

The nodes of the Moon in your birth chart stay the same, so you will still have North Node in Gemini.

The transiting North Node in Scorpio will be in your 1st house for 1-1.5 years.

Um, I LOVE THIS PERIOD.

Just wanted to say that... and wow. A good wow.

I really enjoyed this article Willow, thank you!