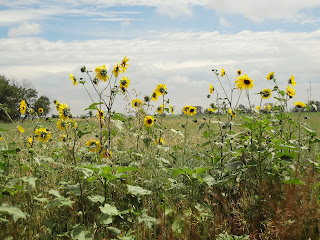 Mars in Libra completed the exact aspects in the cardinal t-square with Uranus and Pluto yesterday, and that tense, frictional configuration is now officially loosening. If you were ready to blow over the past couple days during that Dark of the Moon in Cancer square Saturn, here's a bit of a reprieve.

The Moon entered Leo early this morning, Mars has shifted just beyond the exact cardinal t-square, and tensions have reached a peak - for now.

They're still simmering, however. The points of acute cardinal square tension are happening in waves. One wave has just reached a peak and broken, but we are building toward another by mid-August.

Remember that Mars is now heading to a conjunction with Saturn August 15, at which point Venus in Cancer will be forming yet another exact cardinal t-square with Uranus in Aries and Pluto in Carpicorn. The Moon will be back in Cancer at that time, as well, squaring Mars and Saturn in Libra.

That one is very tight, very tense, with very little room to manoeuvre. There is a strong emphasis on relationships at that time. We're going to be boxed in and held in some difficult positions in relation to others, and we're going to have to draw on every last one of our Saturn in Libra lessons to get through.

The Mars-Saturn conjunction coming up is a major placement test, and you'd better believe the challenges it throws our way are epic.

We also have the second Uranus-Pluto square forming, with Uranus and Pluto both retrograde and within one degree of each other. The second square of the seven-square series will be exact September 19.

Mercury in Libra will be forming an exact cardinal t-square with Uranus and Pluto at that time (September 20), and we don't get much relief as the Sun in Libra then moves into t-square position September 29, intensifying the themes. Venus in Libra gets in on the t-square action a bit later on November 3.

We're all operating under pressure and will be for a while. Get used to the tension and uncertainty, shoulder and balance what you can, but don't focus too far ahead.

We still have a good chunk of Saturn in Libra to complete, and it's a challenging course, to say the least.
Posted by Willow at 8:34 AM

oh yes, this mars/saturn conj on aug 15 will be EXACTLY on my mars/uranus/venus conj. What a party!

Gasp. Willow, are those sunflowers on your farm?

Conjunctions can be good, right? :)

I thought they were sunflowers, too, but I just found out they're brown-eyed Susans. They grow on the edges of the fields, and there seems to be an abundance of them this year! Pretty.