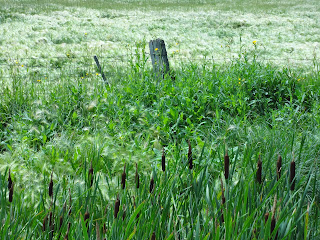 The Moon went void-of-course in late Libra at 10:22 a.m. Central this morning (July 25) after a conjunction to Saturn.

The Moon remains void-of-course all day until entering Scorpio at 9:29 p.m. tonight. We then have a scant 13 hours of lunar activity before the Moon goes void-of-course yet again after a square to Mercury in Leo at 10:38 a.m. tomorrow morning.

The Moon won't leave its void-of-course period at that point until just after midnight on Saturday, July 28, making for a 38-hour void-of-course Moon period in deep, dark Scorpio.

This means we're under a void-of-course Moon the majority of the time during July 25, 26, and 27, which provides a break in the summer of 2012 emotional intensity.

The Moon is considered to be void-of-course between the time it makes its last major aspect from one sign and the time of its ingress of (entry into) the next sign. At the point that it goes void-of-course, the Moon has cleared all major aspects, has completed all major contacts to other bodies, and is just sort of coasting. This creates a time period that is, well, void. It is an emotionally still period of time when things coast along but nothing much of note happens.

If you are hoping to make a big splash or to create a big effect, you wouldn't attempt it during a void-of-course Moon. This is traditionally not the best time to start something new, unless you really don't want much to happen with it.

In some cases, the lack of activity is actually a boon. The Moon in Scorpio, for example, with its potentially difficult and incendiary emotional states, is one placement where a void-of-course Moon can keep things mellow and less emotionally inflammatory than usual. A lack of events stirring things up in this sign can be very nice. Things will still be alchemically bubbling away beneath the surface, but we can expect fewer emotional upsets and eruptions, so enjoy this less feisty and intense lunar period in the sign. If you have something unpleasant to deal with, getting it done under the void-of-course Moon in Scorpio could mean a mellower reaction from all involved.

The trickiness of the void-of-course period - especially long ones like those we're experiencing - is that it can make people antsy. Trying to make things happen during this period is an exercise in frustration. There just isn't much action going on, and attempting to buck the trend can be draining. Those who feel they have to be constantly on the go can find this period very uncomfortable, indeed.

If you're having a hard time finding initiative as the week comes to a close, this Moon is part of the explanation.

The Moon enters Sagittarius just after midnight on July 28, and the void-of-course lull is broken in time for the weekend. In fact, this fiery Moon in Sagittarius has more than enough action going on, forming a grand fire trine with Uranus in Aries and the Sun conjunct Mercury Rx in Leo on Saturday. On Sunday, it will sextile both Mars and Saturn in Libra while opposing Venus in Gemini.
Posted by Willow at 5:06 PM

I kind of really like this... and readings are intense today. Wowie...