New Moon in Sagittarius Conjunct Juno: We Bear the Burden of This Truth With a Little Help From Our Friends 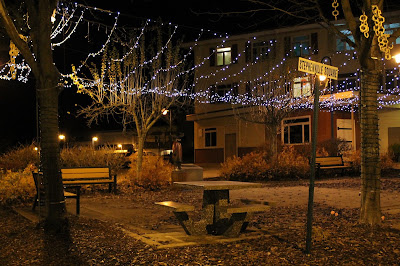 
We experience a New Moon in lively Sagittarius on November 29 as the Sun and Moon come together exactly conjunct soul mate asteroid Juno at 7 degrees (4:18 a.m. PST).

This Sagittarius New Moon falls tightly square the nodal axis (North Node in Virgo/South Node in Pisces), as well as Neptune, which is still regaining speed direct at 9 degrees Pisces in a separating conjunction with the South Node.

At the time of the New Moon, wounded healer Chiron will be stationing direct in challenging square aspect to Saturn in Sagittarius (November 30), potentially creating some fairly intense personal/collective pain-waves.

This is not easy territory to navigate, with various patches of emotional and psychic quicksand threatening to take us under into the swirl and whirl and confusion of the end-of-Piscean-era energy. A painful memory, an insensitive comment, a triggering image - pretty much anything could bring us into an acute awareness of how rough it's been. A creeping sense of overwhelm can permeate things now, and we may have to fight the urge to give up the seemingly futile battle with a resounding, "Screw it!"

Now, there are certain battles we really do need to disengage from. Certain battles really are futile and are becoming moreso as we hurtle beyond the Piscean era paradigm and into astrological Aquarius.

The false dichotomy of the Hegelian dialectic (Democrat vs. Republican, left vs. right, liberal vs. conservative, etc.) is one of those battles, as much of the population wastes time and energy fighting "the other side" rather than focusing energy and attention on the big picture, on the real problems, on the more important common battles that actually draw us together.

These aspects indicate particular challenge for those who know and express an understanding of things that is not commonly accepted.

There are others out there being opposed because of the truths they understand, carry, and deliver. This has been a theme throughout human history. And there are others who feel just as beleaguered and exhausted by the bearing of these unpopular truths at the end of the road for the astrological Piscean era.

How is it possible to continue, to gather the strength and energy, time and time again, to cut through the mind control, the distraction, and the carefully manufactured lies that have been accepted as truth?

How it is possible to continue the battle against misleading media, deceitful corporate communications and advertising, and maya-inducing controlled opposition agents, all with budgets in the millions or even billions of dollars?

The truth is: we can do it because it needs to be done. The force is with us, so to speak. We can do it because a single word of truth applied at the right time in the right way can cut through millenia of establishment bullcrap, billions of deceitful words and phrases and concepts and lecturers and authors and pundits.

We can do it because we have soul mates (Juno) out there who know and understand and carry similar truth themselves (Sagittarius).


This New Moon in Sagittarius opens us into a "new truth portal" and a month-long lunar cycle that involves encounters with these truth-bearing soul mates that can inspire us and energize us and renew our faith in this righteous yet difficult/treacherous/exasperating path.

Relationship planet Venus in Capricorn is exactly square Uranus in Aries on the day of this Sagittarius New Moon, indicating that a team effort moves us beyond crystallized, old-era set-ups. We can see how our combined efforts and diligence are creating cracks in the structural realities of the establishment. With continued efforts, these cracks become fissures and the fissures become crevasses and the crevasses break things down until we can simply step - together - out of the rubble and into something different, into something better. We wear down the seemingly impenetrable rocks with the truth; we weaken them until no self-respecting human can deny what we see and know and understand. 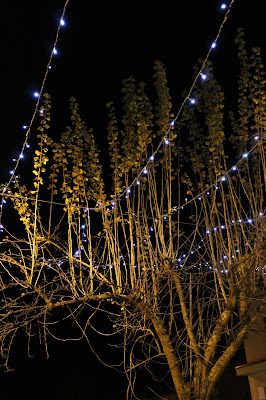 The strong emphasis on mutable energy at this New Moon (with the Sun, Moon, Juno, Saturn, Mercury, Neptune, Chiron, and the Nodes of the Moon in mutable signs) indicates a December involving many changes. Things are in a state of flux this December, but that does not mean there will not be solid and meaningful progress amidst all the activity. As written about in the most recent patron article, Saturn is now charging through 17 - 21 degrees Sagittarius in one pass only, indicating that some long-desired and hard-earned progress could fall into place as we close out 2016. This is progress that could solidify our positions in beneficial ways, sustaining us for years to come.

So we're tired. We're sick of the crap. We're fed up feeling as if we're the only ones who took the red pill. And we're wondering how we can eke out the meaning, the strength, and the energy to continue the battle for what we consider truthful and right.

But so are our Juno in Sagittarius soul mates.

Despite the isolation abyss-zones indicated by Neptune conjunct the South Node in Pisces, we're not alone in any of this. Those who know things that are kept out of the mainstream discourse are in very good company.

We do not bear the burden of knowing and seeing and understanding these things alone. Though we may be physically or socially isolated in our awareness, this is a shared burden, a burden that is shared from heart-to-heart across generations and millenia, across time and space.

So keep telling your truth, keep standing up for what you feel is right, keep living by the light of your own philosophy and understanding of things. Keep sharing information and perspective, even when you fear it is futile to do so. It isn't.

And the energy from the others living by the flames of their own righteous little souls will sustain and fortify during the month ahead...

With the Virgo North Node leading the way, it is a very specific application of truth and perspective that unlocks things. It is the puncturing of half-truth blanket statements that do not hold up under further scrutiny or analysis. It is a practical and moderate tongue, a modest clarification of matters that is mindful of energy conservation. It is a precise pinpointing of errors in judgement or discernment.