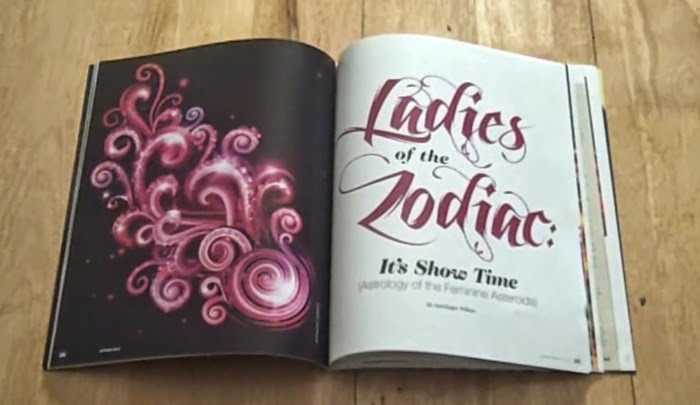 "Ladies of the Zodiac: It's Show Time (Astrology of the Feminine Asteroids)" by Willow in Hexagon Astrology Magazine

I'm happy to announce an exciting new astrology publication coming out this August called Hexagon Astrology Magazine. This is a high quality, cutting edge print publication being put out by editor, founder, and astrologer Matt Savinar from Sebastopol, California.

Your anarchist astro-reporter has three articles appearing in the premier issue, and there is a wealth of other rich content from a variety of writers.

There hasn't been a new astrology-based print publication on the market in North America in 30 years, so this is astrological history in the making, and I'm happy and excited to be part of it. Matt has done an incredible job. It's one smoking hot publication. Other astrology publications wouldn't touch my writing, so you know this magazine has some serious depth, integrity, and potency. Some cages are going to be rattled.

There is a Kickstarter campaign on now to help get this bad boy underway. You can pre-order copies of the magazine for a pledge of $10 (U.S.) or higher. (Delivery to Canada or the United States.) Copies will be sent out August 19, 2015 when the magazine launches, and I wouldn't doubt that the premier issue becomes an instant collector's item.

For higher Kickstarter pledges, there are all kinds of incentives including getting your name in the magazine under the acknowledgments section, receiving a steel "Founding Supporter/Patron/Financier" card, getting an advertisement in the magazine, and being invited to the official launch party.

If the Kickstarter campaign fails to reach its goal of $10,000, Matt will be taking orders for the magazine as of August 1.

If you appreciate smart, courageous, cutting edge astrological writing, you won't want to miss this. Something this good only comes around once in a lifetime (or maybe every two or three): 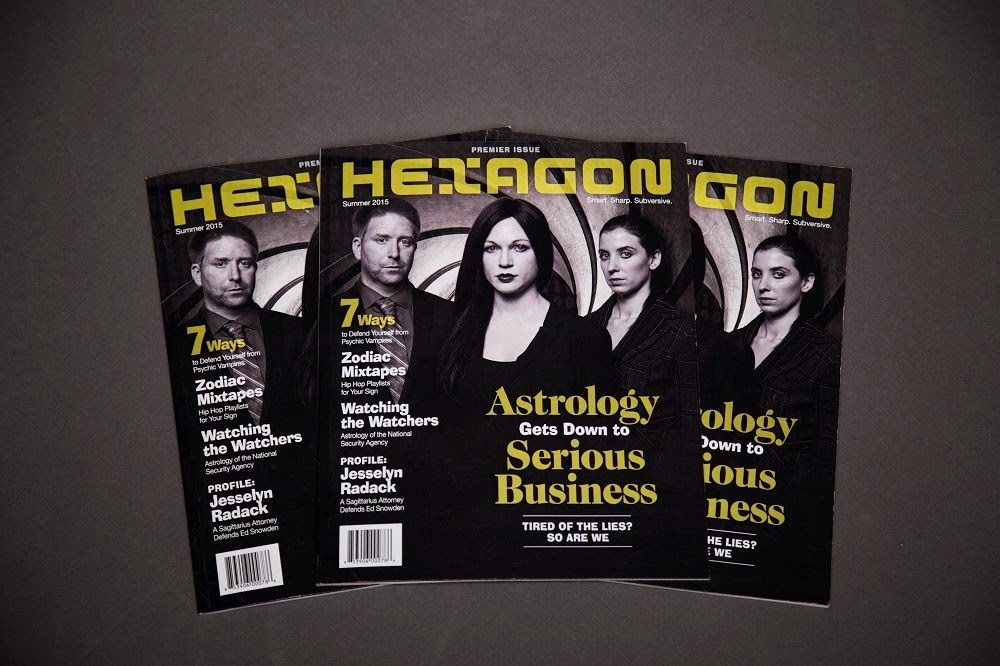 A note from editor-in-chief Matt Savinar:

If fearless Willow doesn't mind I want to give a shout out to the WWA readers who contributed today. Just checked the KS campaign for Hexagon before calling it a night and several WWAers have chipped in. Thanks a ton, it is very much appreciated!