Mercury Moves Into Potentially Volatile Territory: the Dangerous Job of Justice-Fighting on an Unjust Planet 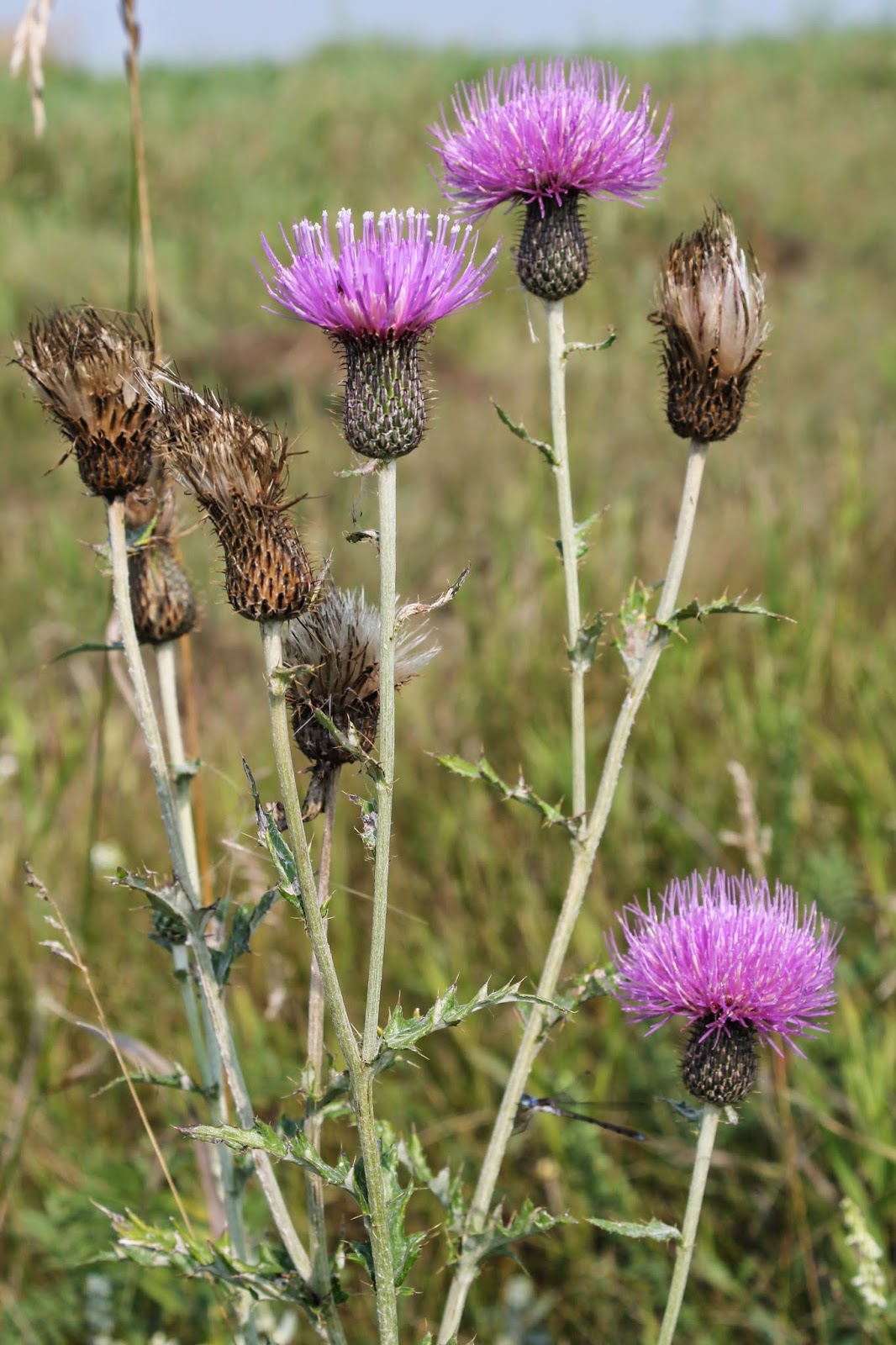 
Messenger planet Mercury is entering some feisty and potentially explosive territory in Libra as we move to the Pisces Full Moon conjunct wounded healer Chiron on September 8 (exact 7:38 p.m. CST).

Words and information are charged, and the opinions and perspectives voiced - perhaps after long periods of silence - could cause the scales to swing wildly before finding a new balance.

But find a new balance we will, and this goal is something to keep in the front of our minds as we move through some tense Mercurial aspects just before Mercury enters its next retrograde shadow at 16 degrees Libra on September 13. (Mercury will be retrograde October 4 - 25.)

The upcoming Pisces Full Moon conjunct Chiron heightens emotional and psychic sensitivity to the max from September 7 to 9. We're all in need of a little healin' under these astro influences, as the current state of the planet seeps into our personal emotional states, and the Pisces Moon's rays illuminate the unbreakable connections we have to the struggling lifeforms on this struggling planet.

Nowhere is the struggle more apparent than in the Pacific Ocean, which has now been contaminated every single day for three-and-a-half years (and counting) by radioactive fallout from the Fukushima, Japan nuclear disaster while elected officials, business leaders, and media did and do next-to-nothing.

Fukushima researcher and YouTuber, Dana Durnford, has just begun a 60-day trip along the British Columbia coast to document sick, dying, and missing species of sea life and vegetation over hundreds and hundreds of kilometres of shoreline.

Before even starting on the trip, Dana received death threats and threats of physical violence from people who are not too happy about him blowing the lid off the effects of Fukushima nuclear fallout along the coast. These people would rather keep their heads (and the heads of the public, in general) buried in the radioactive sand than have Dana's information depleting their beautiful British Columbia businesses and property values.

The information and photographs Dana is collecting are critically necessary to gain a true understanding of the devastation going on with sea life and vegetation along the West Coast. There is a collapse of sea life underway that has establishment scientists "baffled" and "perplexed" - at least, in front of the cameras and the mainstream media journalists.

Dana and his crew are out there documenting the real story, complete with Geiger counters.

And there are many people who would prefer that the information Dana and crew are so dutifully digging up stayed buried. This is deep Plutonic territory, and Plutonic territory is known to be both potentially dangerous and explosive.

As messenger planet Mercury transits Libra, the sign of justice, Dana and his crew are acting as the physical embodiments of these astrological energies.

Dana and crew are on an information-gathering (Mercury) voyage for justice (Libra) - justice for the living creatures of Earth who are and will be negatively affected by Fukushima fallout for centuries or millenia to come, justice for the animals and people that are already sick, dead, or dying from the ill effects of the nuclear industry, justice for the people who knew how bad this one was from the beginning, justice related to the ongoing media blackout and to the lies, half-truths, and omissions committed by establishment scientists, journalists, and government officials.

The information Dana is digging up is just one example - one macro example - of the potentially explosive truth, opinions, and perspectives being served up as Mercury moves through its transit of Libra.

These energies also have the potential to affect our personal relationships as well as our social standings, in general - all Libra territory.

Our tongues are charged. Our conversations are loaded. There are things that must be aired now in order to achieve justice and balance in our personal lives and relationships, as well as in society at large. 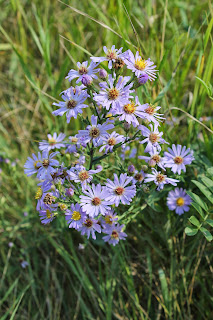 We need some movement. We need some progress. We need some new direction. We need to blow some lids off some things that are keeping us oppressed. And Mercury is traveling through some potentially dicey territory in order to get us there. Let's just say, the topics being raised now and throughout the Mercury retrograde period (October 4 - 25) will not necessarily be comfortable to talk about or to deal with, but they are necessarily being raised.

Mercury is currently conjunct female warrior asteroid Pallas Athene in Libra (exact September 11 at 13 degrees), and both Mercury and Pallas Athene are square Pluto in Capricorn and opposite Uranus in Aries. This forms a highly-charged cardinal t-square configuration that is pretty much just waiting to be triggered.

The combination of female warrior Pallas Athene, Lord of the Underworld Pluto, and wild card Uranus is potentially quite volatile, creating some social friction.

Mercury conjunct Pallas Athene is a textbook aspect for verbal spats and heated debates. In the sign of Libra, topics will often involve fairness and justice issues, social standards, or relationship dynamics.

Human relations and social progress are certainly not simple concepts at this time on Planet Earth. It's a wild and colourful and chaotic mix. Navigating this charged cardinal t-square configuration is going to require all our Libra skills of diplomacy, moderation, and social balancing in order to maintain an even keel.

The conjunction of Mercury and Pallas Athene in Libra indicates that we will have to fight every step of the way in our quest for what's right. Not everyone on this planet is interested in ultimate truth and justice. (As the Mercury-Pallas Athene conjunction occurs September 11, just remember Building 7.) Many think things are just fine the way they are, and those people often have a lot of firepower behind them.

The information and conversations that will be flying around will have the potential to change things considerably, bringing some ugly and uncomfortable issues to the surface, and there are many who would prefer to keep all that nastiness shoved under the rug.

Entire careers are built on keeping secrets from the public.

Entire relationships and social scenes can be built on falsehoods or underhanded dynamics.

The involvement of Pallas Athene indicates that some socially-strategic manoeuvring is necessary now. There is certainly an edge to our interactions, but we are also required to maintain a pleasant and non-offputting social demeanour. We're balancing the urge to battle, debate, and argue with the responsibility to maintain the valuable social fabric around us

Certain subjects will act as social or relational tripwires. Waves are going to be made as people speak up about issues that can simply no longer go on unaddressed.

People will be holding back some anger, and it will be hard to hide how we really feel under the pressures of this t-square configuration - even when that is not socially convenient. Watch for and avoid poisonous, passive aggressive barbs from those who can't successfully manage their anger in a social or relational setting. Assist those people to speak their anger more directly and to channel it more successfully, no matter what feathers they ruffle while doing so.

Listen for the information bombs Mercury in Libra is digging up as it squares Pluto in Capricorn (exact September 9 at 4:40 p.m.) - or drop a couple of necessary info bombs of your own. Maintain mental and verbal equilibrium without being drawn into unnecessary spats or drama.

Speak out in your own personal battle for justice or join with others as Mercury conjuncts female warrior Pallas Athene on September 11 (11:12 a.m.). Fight for the relationships or social scenes you deem worthy of your efforts.

Lead into new territory as Mercury opposes Uranus in Aries on September 13 (2:16 a.m.). Find the words or perspective that busts things loose, advancing things on a societal or personal relations level. Watch for the mental or verbal openings that could move you out of oppressive social and relational dynamics.

Major changes in mindset are possible under this Mercury-Uranus opposition and throughout the Mercury retrograde process. Mercury will be coming back to this aspect, stationing direct opposite Uranus in Aries on October 25. The energy and new ideas generated by the Mercury-Uranus opposition will be carried into the Mercury retrograde process October 4 - 25. We're breaking free from some old-era ideas of love and relationship here, and some old perspectives on partnership are being replaced by those with new life.

Understand the volatility and the simmering social/relational angst of the next weeks, but keep this knowledge close to your chest. Watch your tongue, especially when being pulled into verbal battles, because your words will resonate. Use the energy of the t-square configuration as fuel for social and relational navigation and progress.

The zippy little messenger planet has to blow some things wide open, all while maintaining a cool and even-tempered mind and tongue. There will be things said (or not said out of social obligation) that will make us all a little hot under the collar.  Make your points clearly, but don't let things devolve into the truly hateful or nasty.

We must enter the fray in the battle for justice as Mercury transits Libra and we move into official Libra season September 22. No more sitting on the sidelines. But we must all fight the battle in our own ways.

Wow, this hit home for me today. Someone who gave me the "there's always room for you here" despite her $$ problems gave me the flat out no, and an excuse--I've got someone visiting me despite the fact that I know for a fact this person does not want anything but to live alone. Why lie about it? I'm an acoa, this person is, too, but everything always devolves into paranoia, doom and gloom and that fact this person feels I'm "using" the situation to my advantage. Not true. I generally am one of the few who has tried to help, cheered, and simply asked for a place to stay when I travel. Apparently, my "helping" is too much for this person's control and trust issues. This person would rather sit in the dust, gloom and horror that her life has fallen to rather than have an honest talk about what's going on on both our ends and what can be done to ameliorate the situation. So much easier to just shut me out, shut me down and live in stress, anger, pain and denial. Next! I just don't have the patience for this anymore. Sigh. I try to cultivate hope and be there for someone who needs it, but they'd rather stick with those that abuse them. I just don't understand. Yes, vulnerability hurts, we went thru the same life! But can't someone just accept a little kindness? I try to be a good houseguest and I get the door slammed in my face. All of this is about control. Wouldn't you like it if someone helped YOU clean your place and cook dinner for you if you worked 12 hour days? Apparently, once again, I've been written off as a pain in the ass. I would never do this to someone. So frickin EXHAUSTING!

I clicked Dana's Link, I know its the gear up so I had him Playing in the back round while I did Laundry.

Can't wait to see his results.

I have been trying to stay away from fish, but the Cap Moon loves Seaweed Salad and all kinds of fish.

Too bad because I was taking a liking to it too.
I keep saying Atlantic Atlantic.