The Blood Moon Eclipse Pushes Relationship Issues to a Peak 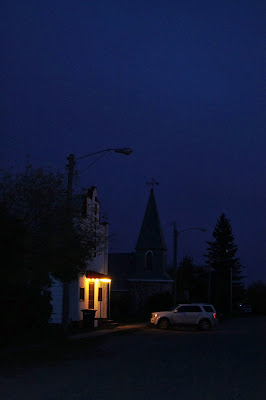 The village theatre lit up on show night.
Photos: Willow

On Friday, October 18, we experience the yearly Hunter's Moon, also referred to as the Blood Moon.

The Hunter's Moon or Blood Moon follows the Harvest Moon and precedes the Beaver Moon - the three Full Moons of the year that provide the most moonlit hours. During this time of the year - fall in the northern hemisphere, spring in the southern - the Moon rises earlier in the evening and sets later in the early morning, providing lengthier periods of moon magic than at any other time of the year.

Traditionally in the northern hemisphere, blood ran at this Moon, hence the name. Hunters were and still are able to track and kill their prey more easily under the light of this Moon, filling their stores with meat for the long, cold winter ahead.

There is a brutality to this Moon, as well as a survival necessity. Understand this.

This Aries Full Moon, falling at 25 degrees opposite the Libra Sun, is also an eclipse, which makes the scenes it is rising over just that much more dramatic, unpredictable, emotionally on-edge.

Remember that crap-cutting Libra New Moon within cardinal Grand Cross we experienced October 4? This Full Moon eclipse in Aries pushes to a peak all the relationship issues and sometimes dark realizations that were stirred at that time.

At this Aries Full Moon, we stand alone in our relationship choices, in the decisions we came to around the time of that New Moon.

We hold our standards, even when that means ruffling feathers or saying goodbye altogether to a relationship.

This Aries Full Moon is emotionally energized, edgy, raw, even angry. We courageously and defiantly stand as who we are here, come what may. We stand in our own truth, even when it doesn't fit the story others have for us. Especially then.

Mercury is currently stationing retrograde at 18 degrees Scorpio (October 21), about to go back over the information, the messages, the insights, and the intuitive hits we've received since the Libra New Moon, particularly as they involve relationships and relationship dynamics. 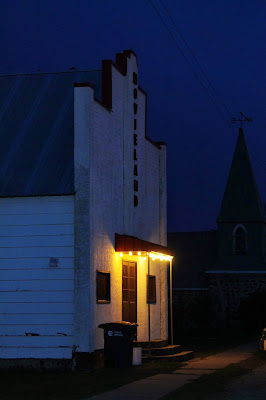 But there's also us. There are sexy, beautiful emotional warriors here, under this Aries Moon, unwilling to compromise ourselves, our full selves, to fit within standardized relationship constructs. Unwilling to take less than what we desire at a soul level, than what will truly make our hearts sing.

We're at the very beginning here. At the beginning of a new era and at the beginning of a whole new ballgame for relationships. It can be stark, terrifying. But also exhilarating. As the Moon conjuncts Uranus in Aries October 17 (2:01 p.m. CST), drawing the new-era energy into this Full Moon, we can feel it. We're the pioneers. We're cutting the trail.

And it's bloody hard, at times. It's lonely. It feels foreign, frustrating, confusing, desolate. We wonder if we might have taken a wrong turn, but there's really nowhere to go but onward. There's no one to rely on but ourselves, nothing to guide but our instincts.

How much more inspiring a time can there possibly be?

Know that if you are standing strong and true in your full self, in your full truth, you are exactly where you need to be under this Blood Moon - whether inside a love relationship or out.

To paraphrase one fine anarchist band, we get knocked down, but we get up again. No one's ever going to keep us down.

Kick up your heels under this Moon and celebrate the fact.

"Knocked down seven times, stand up eight." It's a consoling thought. Wonderful post, Willow! Rock and roll just may be the revolutionary trigger the establishment was afraid of, after all. Whenever I read your GMO articles, I always hear Uprising by Muse. ;) (I don't know the band's politics, but I did hear them say they wrote the song after being inspired by the G20 protests: the protesters were peaceful but they were attacked with violence anyway. So they wanted to write a song about the powers that be attacking, and deceiving, the people they were supposed to protect and serve.) I wonder if the 911 true story will ever come to light. That's a Blood Moon tale, I think. Thanks, Willow!

Cool, I'll have to check that song out!

This post so accurately articulates a great deal of what I've been feeling, both recently & over time. Always the outlier, on the perimeter because I couldn't do "mainstream" without feeling like I was losing my soul, though I tried.
It's clearer now, as I'm older, that I seem to have been cut out for a more solitary & reflective path. I have the guts now to refuse to be suckered into trying to fit anyone else's idea of who/what I "ought to" be. Capitulation exacts a heavy price, & I'm still healing from past experiences.This seems to be the season for such work.
Your photo of the theatre is wonderful! I live in a village of 200, & I've seen a coyote trot down main street on a winter's night.
Thank-you, Willow.

Liked the pictures as well, but loved the one from the Mars in Virgo article even more. The mood in the atmosphere was tangible in that one.

I have an Aries stellium of personal planets and have been feeling this energy since yesterday. Am not in a relationship (sad face) but am energized nonetheless. Thanks for the great article. I didn't know what a Blood Moon was.

Willow you should consider writing a dark Epic Novel :-)

this post is magnificent, dear Willow. wow. just what i needed to stay the course. thank you so much.

WOW! Willow, I read all your posts, but this one really resonated with me more so than usual. I am 55. I am about to start a whole new life (5 days from now) with my new partner. I have lived in Canada all my life and he lives in Australia. I have had to endure negativity from many fronts in order to make this happen.We met in 1977 backpacking through Europe and have re-united. I have spent 3 years agonizing over this move. He was just here for 9 months living with me but it makes more sense for many reasons for us to live down under. I still have a lot of life left in me and sense of adventure as well. I am going from living in Toronto to life on his acreage in the bush. Organic gardening, peace and quiet, a simple life are things I have been craving for years. I am about to get what I asked for. In addition to this, I found the Blood Moon description fascinating. I stopped menstruating last April...and yesterday, I started bleeding again - at almost the exact time as the eclipse and Blood Moon. No coincidence there I had thought and your blog just confirmed it for me. I think you have an amazing gift and I thank you for sharing it will all of us.

I have re-read this one several times because this Full Moon is so key to what is going on with me right now. Your writing is passionate and poetic and astrologically astute. Quite a combination! I am guided, soothed and assisted with this insightful post. Thank you, as always.

Deb, congratulations! That adventure and relationship sound just wonderful, and thank-you so much for writing.

Your story illustrates, I think, the underlying energy of this post and this Aries Full Moon and what I am trying to get across, which is this:

Love is just around the corner.

That's no attempt at being inspirational. It's just the plain truth of the matter.

It may take one month, one year, or 30 years, but love and a relationship are RIGHT there, waiting to strike at any moment.

Once we grasp that, life gets a whole lot more exciting.

We're never past our prime. Our prime is always exactly where we are.

So I don't want anyone getting depressed, giving up, buying into the crap they are telling us.

Keep hold of your sexiness, your excitement, your vitality, and live as if love could happen at any moment - because it could. And it can. And it does.

Love to all of you! I hope this Moon renewed your strength of conviction, even though these times are tough. It did mine.

One of the best posts I've read here ever.

And yes, no such thing as 'past our prime', motherfuckers.