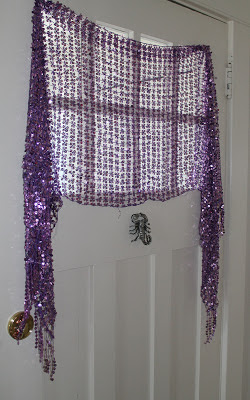 The Gemini/Sagittarius polarity has themes of opinion and ultimate truth, personal perspective and big picture, gossip and wisdom along with the intermixing and intermingling that go on along that polarity.

There is a strong and very beneficial Gemini influence in the zodiac right now. Communication and intelligence planet Mercury forms a conjunction tomorrow evening with love, beauty, and relationship planet Venus at 18 degrees Gemini, just before the Full Moon.

Mercury and Venus are also on their way to a conjunction with Great Benefic Jupiter on May 27/28 at 23 degrees Gemini, and this is pretty much an awesome sandwich. A light social touch, good connections, and just the right amount of conversational flow bring big ripple effects of the beneficial networking variety. We can get the word out now (Gemini) in big (Jupiter) and loving (Venus) ways and in ways that are ultimately hugely beneficial to our local societies and neighbourhoods.

With group effort, we're catching up to the detrimental agendas so pristinely planned, organized, and laid out by the financiers and those who do their dirty work. The messages of the people are gaining some serious momentum, and if I were a member of the powers that be at this Full Moon, I'd be getting a little nervous...

This truth-raising Sagittarius Full Moon is occurring under the third Uranus in Aries - Pluto in Capricorn square (exact May 20), coloured strongly by a t-square to agricultural dwarf planet Ceres in Cancer.

The truth about our food is getting out, little-by-little.

Because the outer/transpersonal planets are so strongly involved, the food and agriculture themes are playing out on the global stage, among nations, with Cancer Sun countries Canada and the United States playing pivotal roles.

With the unleashing of genetically modified alfalfa in the United States (proposed also in Canada), the entire food supply is at risk. People are starting to understand this. Countries are starting to take a stand.

Hungary, one of the only countries in the European Union to ban genetically modified seeds and crops, has just destroyed 1,000 acres of GM corn by plowing it under.

China has just destroyed three shipments of GM corn from the United States that were said to lack proper documentation.

And the world is gearing up for a massive global protest action against the GMO and chemical corporation, Monsanto, in the worldwide March Against Monsanto on May 25. Check to see if there is an event in your area here.

As always, however, it's important to gather your own information and to guard your own truth. To be your own truth-teller, rather than passing the buck to one of the many figureheads currently available for the job.

The truth is: Monsanto is just one part of the problem. Demonizing one corporation is not the move. There are hundreds, thousands, more doing similar things. The whole corporate model is corrupt at this point. Pluto in Capricorn.

The real truth, the whole truth, on this planet requires us to dig deeper than most are willing to go and to keep digging. This is the case now.

The Sun (figurehead) in Gemini (media) is currently square Neptune and Chiron in Pisces (wounding deception and illusion), within Yod formation with Saturn in Scorpio and Pluto in Capricorn. The Sun is repeating aspects made earlier by Venus and Mercury in Gemini (Mercury-Saturn-Pluto Yod, Mercury Square Neptune and Chiron: Conversational Maya Remover), and their influence is with us strongly through June 1.

The truth is: the stylish, truth-telling, media-savvy figureheads that have been put up for us to consume are often also here to divert attention, to disperse energy, to help us miss the point.

They've been allowed a position of influence to control opposition, to control the information flow, to focus on one part of the situation to the detriment of the full truth - whether they understand this or not.

They're here so people can abnegate their own responsibilities, passing them off to the celebrity mouthpiece of their choosing. They're here to stem the flow of people really figuring things out.

These puffed-up personalities are Piscean-era throwbacks on pedestals we now have to dismantle.

Tunnel beneath the information and opinions to the underlying intuitive feel of the situation. Go beyond the figureheads. Tap into the energy, the potency, and the momentum of the real, underlying issues. The real grassroots. This is where your words and actions can affect the outcome, turn the tide.

Let this big, bold, beautiful Sagittarius Full Moon light up YOUR truth. And speak it. There will be people listening, people glad to hear it.
Posted by Willow at 12:44 PM

1990........following the stock market crash of '87 ( THEY underplayed that. Said how much we had learned from '29 ) & the recession afterwards. It was about then that my regular diet began disappearing from the grocery store. Now I get furious when I have to shop.. Why do people happily snatch up all that crap never ever noticing the big shell game that is being played at their expense. If they were aware &let their wallet vote it would end it!

Here in BabyLondon, it will be nigh on impossible for people to realise this full moon as we're in a cocoon of cold, rain-inducing Chemtrails blocking the natural sky. No doubt Monsanto played their part in the toxic mush ingredients. Still for those in the know, we can work on the energies for truth to emerge and dissapate these Neptunian FogMeisters of delusion.

You wrote "because the outer/transpersonal planets are so strongly involved, the food and agriculture themes are playing out on the global stage, among nations, with Cancer Sun countries Canada and the United States playing pivotal roles.

I just send you an article from my province newspaper (cordoba Argentina)where my folks are fighting the installation/construction of a mayor Monsanto plant.
Argentina is also a cancer (July 9) Unfortunately corruption runs very deep in the government there.Hope you can translate the article.

Hopefully the latest move from the POTUS is going to get the congress to get off their ass and make the move to close Gitmo prison.
Obama gave a pretty good speech yesterday, also talked about finally getting us out of this stupid war.
Of course, we have the March Against Monsanto this weekend which will also be amazing.
I do have high hopes for the benefic energy of this eclipse - it's about damned time everyone wakes up and does something about the BS that has been hidden for far too long!

Walter, good to know about fellow Cancer Sun nation, Argentina. Thanks for the tip!

Don't count on it Amy. Obama signed the Monsanto Protection Act. Monsanto pours tons of money into the pockets of our elected officials. Wasn't it Willow who outed POTUS as their biggest supporter? Who has done the most in history to advance the GMO agenda?
Thanks Willlow!

The Obama Administration approved GM alfalfa. Obama has stacked his government with ex-GM industry people. Anyone who thinks Obama is doing anything on any front is ill-advised, methinks.

Some of that digging deeper required...

Obama has his sun conjunct lucifer, i so agree.

A beginner's guide to boycotting Monsanto.