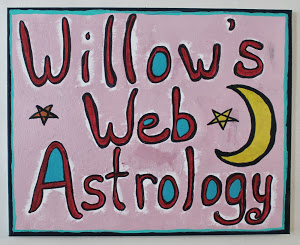 I've reported previously on orchestrated, U.S.-led war attacks that have been carried out around the time of Uranus ingresses.

Uranus is a planet associated with unexpected events and trauma-based shock. It appears that the symbology and energy of Uranus are being drawn upon to create "surprise attacks" by the establishment that have actually been long pre-planned.

The invasion and attack against Iraq/Saddam Hussein was carried out by the U.S. and NATO forces in March 2003 as Uranus ingressed Pisces.

Then in March 2011 as Uranus ingressed Aries, the illegal bombing of Libya was carried out by the same forces. The Fukushima nuclear disaster in Japan was, I believe, a covert nuclear attack that was carried out at the same time.

From the March 11, 2019 article, "Chiron in Aries and Uranus in Taurus Mark the 8th Anniversary of the Ongoing Fukushima Nuclear Disaster":

"We know that for the past two Uranus ingresses that occurred around March equinox, there were orchestrated "surprise" war attacks involving uranium.

I believe Fukushima was an act of covert nuclear warfare (uranium/Uranus) timed to occur on the day that Uranus re-entered Aries - March 11, 2011. The 11th is a date that has been used numerous times for orchestrated events for its numerological significance.


During the previous Uranus ingress, as Uranus re-entered Pisces in March 2003, the invasion of Iraq by the United States military was initiated. This attack also involved covert nuclear warfare (uranium/Uranus) in the form of depleted uranium munitions and bombs, which have left radioactive dust behind to contaminate the genetic lines of generations of Iraquis, as well as NATO soldiers. There was also a tie to the 11th in that attack - the September 11, 2001 false flag in New York City that brought down the World Trade Centres and Building 7 in controlled demolition was a way to get public support for the invasion of Iraq, a country proven to have nothing to do with the event, even in the official story. It also allowed the U.S. government to bring in the Patriot Act and other fascist control measures that violated citizens' rights in the name of "security and protection."

You can read more about these astrologically-timed events in this April 15, 2018 article, "False Flags, the Friday the 13th Bombing of Syria, and Timed War Attacks with Chiron at 29 Pisces/Zero Aries."

The orchestrated war attack associated with the Uranus ingress of Taurus (March 6) is a little behind schedule. Taurus the bull is not to be rushed. But we have just had reports that U.S. National Security Advisor John Bolton is planning to send 120,000 troops to the Middle East, with Iran in mind, in a move that is being called "reminiscent of the invasion of Iraq."

Iran has long been in the sights of this man.

"Bolton’s hard line toward [North Korea] is perhaps only surpassed by his fixation on Iran. During a trip to Israel a month before the 2003 Iraq invasion, Bolton told Israeli officials that once Saddam Hussein was dealt with, the United States should turn its sights to Iran. And over the past decade, countless Bolton op-eds, Fox News appearances, and speeches have called for attacking Iran and supporting regime change there. In January 2018, even as international inspectors repeatedly confirmed that Iran was complying with its nuclear obligations, Bolton dismissed the value of the nuclear deal and argued that America’s policy should instead be to end the regime before its 40th anniversary in 2019."

So as Uranus (uranium) gets comfortable in this new sign, we have more pre-planned war manoeuvres that have a tie-in to nuclear, and this tie-in has some long tentacles to uncover.

Down the rabbit hole we go...

Stuxnet was a computer "worm" believed to be created by the U.S. and Israel to attack Iran's nuclear facilities. It was discovered in 2010.

Operation Olympic Games was a covert campaign of cyber sabotage believed to be initiated by the U.S. and Israel in 2006 under the Bush Administration, continued under the Obama Administration, to disrupt Iran's nuclear facilities.

Also in 2010, the year the Stuxnet computer worm was discovered, it was reported that Japan had agreed to enrich uranium for Iran.

We also learned that an Israeli security firm called Magna BSP had worked at the Fukushima Daiichi nuclear site installing a high-tech security system that could be controlled remotely.

So we certainly have the nuclear angle well-covered with this Uranus (uranium) ingress via the violent threats toward Iran from the U.S. and allies. The nuclear tie-in, again, has threads that reach back to the Fukushima nuclear disaster and the bombing of Libya in 2011, as well as to the invasion of Iraq in 2003.

Taurus is a Venus-ruled money sign, and we also have a strong money/banking angle (Taurus) with this Uranus in Taurus ingress and transit, coinciding with the new threats toward Iran.

From my April 15, 2018 article: "Uranus last transited Taurus from 1935 to 1942, coinciding with Great Depression years, as well as the first years of the second World War. We look to the upcoming Uranus ingress of Taurus for war attacks related to banking, money systems, and resources (Taurus), in particular."

Iran is one of the last hold-out countries in the world that is not under the thumb of the centralized Rothschild banking scheme. Libya and Iraq were two other "rogue nations" that had resisted globalized banking.

North Korea, Bolton's other obsession, is another of those "rogue nations," and we saw some puppetry between the U.S. and North Korea in late February 2019, just as Uranus was moving back into Taurus March 6.

There's a nasty combination of nukes (Uranus) and banks (Taurus) rolled into the war-based symbology of this Uranus in Taurus transit (2018 - 2026).

Attacks related to food, agriculture (including geoengineering), starvation, systemic poverty, and lack (Taurus) can also be expected under this astrological symbol.

I've also been reporting in an ongoing way on the Bayer-Monsanto merger, including some of the surprising (Uranus) economic (Taurus) justice we've seen through the courts since Uranus kicked off its transit of Taurus in May 2018 (retrograding back into Aries from November 6, 2018 to March 6, 2019). An article from April 10, 2019: "Uranus in Taurus, Bankrupting Bayer-Monsanto, and Unexpected Economic Justice for Corporate Violence"

The third and most recent ruling against Monsanto (now Bayer-Monsanto) has awarded a staggering $2 billion to Alva and Alberta Pilliod for the non-Hodgkin's lymphoma they both suffer from and say was caused by regular Roundup exposure. The Pilliods used Roundup for 30 years on their properties.

There are currently more than 13,000 pending lawsuits against Bayer-Monsanto for Roundup damages.

Then Bayer will face approximately 30,000 lawsuits over damages caused to women by its Essure birth control coils. Those lawsuits are scheduled to get underway in November 2019.

Since purchasing Monsanto in 2018, Bayer's share prices have plummeted 44%.

These rapidly depreciating share prices are another example of the surprising economic justice we've seen under transiting Uranus in Taurus.

#NoWarWithIran
Posted by Willow at 12:31 PM

Hey Willow! Amazing job as usual, I suspect you will be right as you typically are about, well everything. I started preparing for this day exactly one year ago thanks to your previous report April 2018 post, and have been performing a ritual every day now 13 months and going since then, to prevent the big mistake. I am only increasing in intensity day by day. And I have power, I will make sure you understand that in the next 24 hours and will send something nice your way.

Just wanted to add that Mossad is the one providing intelligence to the Americans when it comes to Iran... and stuxnet was found all over Japan in the months preceding fukushima according to Symantec, as was reported by Japanese outlets, and it was designed to infect the same controllers in Iran as were used in the Fukushima power plant.

This website has a copy of the original Japanese article covering Stuxnet: https://richardedmondson.net/2017/01/02/the-stuxnet-connection-to-fukushima/ load that from startpage proxy if you get a warning, I'm getting a certificate hijackingg going on there.

The original sources from the japanese national news outlet has since been taken offline: http://www.yomiuri.co.jp/dy/national/T101004003493.htm

I do not believe anyone covered this Stuxnet-Fukushima connection more widely than Rivero, not that I can still find 8 years later: https://www.dailymotion.com/video/xhs7c1 (starts at 4:35) But there were a few sources claiming that Israel may have snuck in a mini nuke inside the cameras they installed for so called security in there. Inviting Israelis to do your security is as smart as inviting ISIS to babysit your children. Other sources claimed that the Tsunami was caused by another nuclear device that was detonated off the cost of Japan...

Stuxnet has been said to be deliverable only by USB, though with the mousejack vulnerability it ostensibly can infect the vast majority of all WIFI USB devices such as wifi keyboards and mice, (they say upto 100 feet away) but obviously even from electronic warfare space satellites... which may explain how it got in the wild so rapidly and to so many users including the public sphere, https://www.mousejack.com/

I have a friend who built a replica of a Russian cantenna that looks more like a 1940's copper ray gun, using no more than $20 dollars worth of parts, and he is able to pick up internet hotspot wifi signals from 10-20 kilometers away. Its no joke.


My God willow! Thats how shameless the extremist right wing likudnik Jews are, serving the Japanese PM dessert in a shoe not to let the Fukushima gaslighting, and their memory of Hiroshima rub in even more. I mean the public motto of the mossad is "by way of deception thou shall wage war", you cant get more shameless than that... not even the moon wants them, maybe mars? what do you think?

God bless you and your work, its work like this that can prevent the big mistakes from happening...

Thank-you for the information about Stuxnet!

I've also seen the claims about an underwater nuke being the cause of Fukushima.

I'm not sure exactly how they did it. I just know it was not a "naturally-occurring event," just like all these other manufactured storms are not natural. As soon as I saw the astrology - Uranus moving from Pisces to Aries on that very day - I knew Fuku had been timed to occur that day.

Uranus in Aries Ushers in an Era of Unnatural Disaster: http://willowsweb.blogspot.com/2011/03/uranus-in-aries-ushers-in-era-of.html

And the people following the lead of these psychos are really not much better.

"The Pilliods’ experts pointed to animal studies, mechanistic data and epidemiological data showing that glyphosate is genotoxic (damages DNA) and causes oxidative stress, which can cause cancer mutations. They also cited the International Agency for Research on Cancer’s 2015 finding that glyphosate is a probable carcinogen.

The Pilliods’ expert toxicologist Dr William Sawyer stated that Monsanto made glyphosate 50 times more toxic by selling the Roundup formula with polyethoxylated tallow amine (POEA), a surfactant that is banned in Europe. He explained that the surfactants allow glyphosate to easily penetrate the skin.

He said that once the glyphosate is in the body it gets stored under the skin for days and then is delivered to the bones, where lymphoma originates. Sawyer accused Monsanto of manipulating its absorption studies by heating and then freezing skin samples before they were tested, leading to skewed results.

Other experts called by the Pilliods testified that the US Environmental Protection Agency approved Roundup in the 1970s based on fraudulent studies done by Industrial Bio-Test Laboratories. They said the company kept selling the product even after the fraud was exposed and refused for decades to conduct certain studies of its Roundup formula, despite requests from the EPA and its own toxicologist."

Even CNN is reporting on it!