A Powerhouse Full Moon in Libra: Illuminated Social Fissures and the Healing Balm of Common Ground 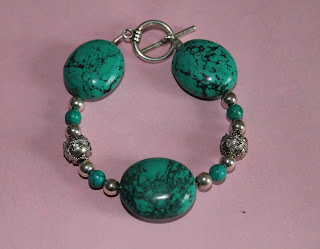 We're building to a Full Moon in Libra (April 10, 11:08 p.m. PDT at 21 degrees) in quite a powerhouse position, conjunct Jupiter retrograde in Libra, opposite Uranus, Eris, and the Sun in Aries, and square Pluto in Capricorn.

All this clashing cardinal energy indicates social conditions that are a bit more dynamic, more agitated, and more stirred up than a peace-loving Libra Moon may prefer. As such, there is a bit of emotional discomfort indicated with some frictional social angles to navigate.

This is a Via Combusta Full Moon - the only one of the year - falling within "the burning path" and suggesting the possibility of some combustible events, particularly socially/within society. In addition to that, we have messenger planet Mercury, stationing retrograde April 9, making extended contacts to King Shit Disturber Uranus and Queen Shit Disturber Eris conjunct in Aries, in effect into mid-May. You can read more about that in this article, "Necessary Discordant Notes as Uranus Makes Its Final Conjunction to Eris in Aries."

Some people will be stirring crap. Others won't be in the mood to put up with it.

If you'd like to avoid this altogether (often Libra's preference), side-step situations and people as soon as you feel the tensions starting to rise. As always, choose your battles. The reverberations from this Full Moon (especially social/interpersonal) could be felt for a while...

There are some legitimate social waves that must be made under these aspects, but there is also an element of people looking for a fight, looking for something (or someone) to pick at.

Different styles of social leadership may come into frictional contact under these astrological conditions, and this can happen quite quickly and unexpectedly.

As we're pushed, inevitably, to the emotional brink under the Full Moon's rays, social tensions are illuminated for all to see and feel, pushed to a head in an effort to get it all on the table.

We're seeing social sore spots now in an illuminated way not so that we can capitalize on them and attack each other but so that we can find new avenues for relating that acknowledge these sticking points but also go beyond them. We all have these social or societal sore spots. We've all been hurt at times by the way the society and the people around us operate. We've all had salt tossed in our wounds - repeatedly. And we're now tasked with giving ourselves and others the respect and space required to heal these wounds within the social sphere.

As the Moon grows full in love-and-relationship sign Libra, the dispositor (key influence) is in remarkably powerful position itself. Dispositor planet Venus is in exaltation in late Pisces, stationing direct April 15 (3:18 a.m.) in conjunction to wounded healer Chiron in Pisces and in square aspect to Saturn, which stations retrograde in Sagittarius tonight (tiring!).

There's some distance we need to cover in our interactions and social scenes, some bridgework that needs to be done in order to maintain any form of continuity between the valuable social fabric and unity developed under the astrological Piscean era and the realities of jingly-jangly human relations under astrological Aquarius.

We need to get the love, the understanding, the compassion, and the spiritual wisdom across the treacherous chasms that have been intentionally manufactured as we continue to be divided along identity lines.

We've been splintered along class, race, gender, age, sexuality, religion, lifestyle, beliefs, ability, and physical appearance. This has been done intentionally. The seeds of hatred were planted on purpose. Because we're weaker this way.

There are common goals, common interests, and common points of resistance. And it's these that must be tended. It's these that can act as hubs that bring us together in a force much stronger than the splintered social groups would allow.

But the commonalities are the driving force now. Putting our energy and support behind these commonalities is what advances the scene in ways that benefit us all. Rejection of the Race-Based Agenda in Favour of the Common Struggle, January 22, 2017

As Venus stations direct in the sign of its exaltation, conjunct wounded healer Chiron in Pisces and square Saturn Rx in Sagittarius, we have a huge force of spiritual love and wisdom behind us. We're able to draw on threads of cultural wisdom and knowledge that are universal, that connect people of all races, ethnicities, and backgrounds. No one owns these. There is no beginning to them and no end, no real point of proprietary origin. This is what we know because we know it. This is the love, knowledge, and wisdom that runs through the DNA of every natural human being on Earth. It may have a slightly different flavour, depending on the particular lineage it comes through, but it's common. It's universal. It's for everyone in every place in every time.

As exalted Venus stations direct conjunct Chiron in Pisces, simply bursting with the compassion of the universal heart, we have been entrusted with the responsibility of applying the healing love of the universe in ways that deescalate trauma, soothe trigger points, and seal up cracks. We're made aware of the loving methods that will include people in common cause, common interest, common goals, and common points of resistance, no matter how far on the outskirts of humanity a person may be existing.

As Venus stations, we'll see the places where we can apply this healing balm. And we'll also see the areas where we can no longer be of assistance. We'll see the areas that must be lovingly and wisely avoided - the Piscean Age pitfalls, the energy drains, the detrimental self-sacrifice, the dynamics that have fooled us before (probably many times).

There is a refreshing detachment from the old, sticking, cloying relational problems under these Aquarian breezes. There are new rules designed to work for the specific individuals involved, rather than "one size fits all" social and relationship dynamics that individuals are expected to squeeze and stuff themselves into, no matter how painful the fit.

And we don't have to wait for someone to put these in place for us. We can simply start living by these new rules. We can move beyond old era ways and old era expectations, simply going our own way, choosing to relate in ways that instinctively feel right to us.

As the Moon grows full in Via Combusta Libra within dynamic cardinal t-square and Venus stations direct in such a sweet and vulnerable position in late Pisces conjunct Chiron, let's choose something different, something brave, something healing, and let the chips fall where they may.

This is, beyond a doubt, the best overview and interpretation of the current aspects that I've read. These are difficult times, to put it mildly, and lots of people are at a loss as to how to cope. You explained things clearly, without either sugar-coating or doom-mongering. Emphasizing the importance of us ordinary folks pulling together while the Powers That Be are playing their vicious games is vitally important, and thank you so much for doing it. To paraphrase the old Pogo comic strip, "We have met the enemy, and it AIN'T us!"

Thanks very much, Donna F.!

I love that! Perfect for this Full Moon.

Thanks for this post , willow, you certainly have a talent for condensing and articulting the cosmic influences. And this is so spot-on! Brilliant.