The Dank Mental Backwash of Mercury Rx in Pisces Ends Just in Time for a St. Patty's Day Piss Up! 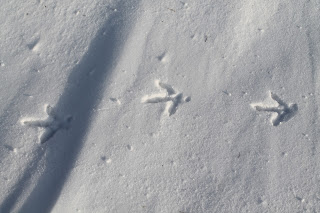 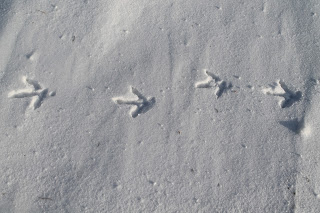 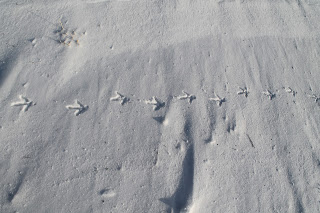 
Mercury stations direct in the afternoon of March 17 at 5 degrees Pisces, just in time to get your St. Patty's Day drank on, and the relief of this is going to be palpable.

(Unless you celebrate St. Patty's on Saturday night. In that case, your hangover headache may start to lift as Mercury goes direct!)

We're a little worse for wear at this point, a little shredded, but as Mercury starts to move forward with Mars blazing new trail in Aries, we can finally look ahead to spring equinox in the northern hemisphere after a fairly nasty stretch of transits and aspects throughout the winter.

We started 2013 with a heavy, pressurized, and sometimes beastly Pluto-infused stellium in Capricorn. Then we had the highly-stressed Jupiter in Gemini station within two challenging Yod formations and a square to Chiron in Pisces. That morphed into a massive stellium in Pisces, coloured strongly by the pain and dysfunction of Chiron in Pisces. And as if that weren't arduous enough, we also had the three-week Mercury retrograde in the sign of its fall, Pisces.

The Mercury retrograde period has brought us through the mental and verbal dregs with Mercury moving backward in a sign in which it is not the most effective, touching wounded healer Chiron and stirring many ouchy issues.

We've been experiencing an often uninspiring mental and verbal backwash during this retrograde in Pisces, but that now comes to an end. 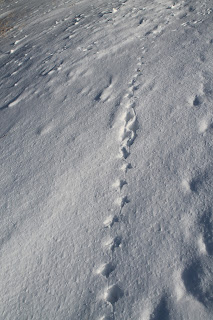 In Canada, St. Patrick's Day is generally a party and a piss up, Pisces style. Some misty Irish romance, nostalgia, bittersweetness, and song washed down with gallons of green beer. At St. Patty's Day, we've made it past the Ides of March (tomorrow) into an end-of-winter, end-of-Pisces-season celebration of survival and of warmer and hopefully easier times ahead.

This St. Patrick's Day, we have a lot to celebrate. We've moved through "The End Times" of December 2012 into a monumental end-of-Piscean-era Pisces stellium, and through some very harsh transits during the first quarter of 2013.

Though it doesn't look like it where I'm sitting, this winter will soon be behind us, and so will another layer of end-of-Piscean-era themes.

The Moon will be in Gemini on March 17, sextile Uranus in Aries and conjunct Jupiter in Gemini. As the booze and the socializing melt the last of the icy winter tendrils, we are awash in gratitude and good will (or is that just beer buzz?).

You're sure to meet up with friends.
Bird tracks, coyote tracks, Willow tracks.﻿

Congratulations on surviving the winter of 2013, everyone.

We now head to a March equinox with Mars conjunct Uranus in Aries and square Pluto in Capricorn. Zing! Uranus and Pluto are heading to their third of seven exact squares on May 20, and we can expect to start feeling those effects on the other side of this equinox.

Equinox will be followed by an Aries stellium made up of the Sun, Venus, Mars, Uranus, and later Mercury. Venus and Mars will form a conjunction at 20 degrees Aries on April 7, and that conjunction will be fully activated by the Aries New Moon April 10. More on that later...

For now, there's nothing to do but look ahead.

* Note: Willow's Web Astrology does not endorse the excessive consumption of alcoholic beverages, even after this Pisces season, and even when they're green.

I love the tracks. So so cute!

I love the photo collage. I live in Florida now but grew up in Colorado. Your photo took me right back to walks in the woods across freshly fallen snow. thank you, it's been a tough year so far, an extension of all the bs from 2012 .

Willow, thanks for the positive article. It HAS been a tough winter. Here in Ireland we're all set for a great day out on Sunday. The daffs are out! I'll have a pint for ya! Jean

And Happy New Year, all!

I'd like to visit the pub for St. Patty's, but we're being snowed in...again!

Thank-you, Willow - your summation of this past season aptly describes much of that I have felt/seen also. It's looking like a 5-month winter in this small farming village, & people are weary of it, anxious about the coming crop year, worried about spring flooding.
As for me, the isolation has provided ample solitude for Pisces-diving & reflection, interesting dreams. But I've had enough of it, & welcome the incoming Aries energy.
Thank-you for the wonderful photos - paths from my childhood on a snowbound farm.I believe I'm still on one of those paths.

Looking forward to the Aries energy infusion. This winter has been tough and the Pisces energy too much...even for a Scorpio!

Happy Astrological New Year to you!

thanks Heather for providing a clear appraisal of what was. V.

This winter HAS been too much. Looking forward to spring. I hope things get moving towards warmer and sunnier weather in your neck of the woods, too!

Expecting a write-up for 3/29/13 from you for Mercury/Chiron conjunct square to Jupiter, with Moon conjunct Saturn. You were off the mark because today was a mess, and that day looks like a shit storm.

Susan, I wouldn't "expect" anything from this blog.

I don't enjoy your comment or your tone, so I expect that you will not read here anymore.

I hope I'm not disappointed.

People who do a lot of expecting all the time generally do suffer. Neptune?

I don't believe I promised anyone a rose garden in this post, either, so I'm not sure how I'm "off the mark."

We're nearing the end of a very harsh winter, and Mercury is now direct in the sign of its fall.

I still consider those good things, and that's what this post is about.

Cute photos, can i believe my mom was half irish.. Doesnt feel like it..so wierd to be bi racial.. I dont do Race parades tho, think they divide more than bring together..

My moms other half is german and my dad is black just dont feel my heritage at all. Uranus in the 4th probably..