A Highly-Charged Full Moon in Libra 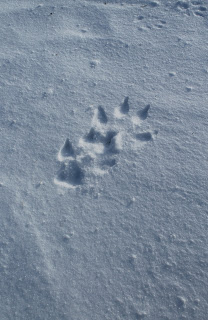 Photos: Willow
We have a very spicy Libra Full Moon in store March 26/27, coming out of the Pisces New Moon within massive Pisces stellium that occurred March 11. The Moon will be completely full in the early morning of March 27 at 6 degrees Libra.

The personal planets (all but Mercury) have now shifted from ethereal Pisces into rough and ready Aries, making the early March Pisces stellium into a late March Aries stellium.

This Full Moon falls opposite that Aries stellium (Sun, Venus, Uranus, and Mars tightly conjunct in Aries) and square Pluto in Capricorn. Sizzle and spice, and it won't necessarily all be nice!

The Sun and Venus are currently travelling through the zodiac in tight conjunction in war planet-ruled Aries. These bodies form conjunctions to Uranus in Aries on March 28 and squares to Pluto in Capricorn on March 31.

Mars is just out ahead of this pack in Aries. It was exactly conjunct Uranus on March 22 and forms an exact square to Pluto March today.

Our Arien desires for new energy, new direction, and new life are kept in check by bad boy Pluto in the sign of bureaucracy, institutional rules, finance, and hierarchy.

As if that weren't enough, female warrior asteroid Pallas Athene is finishing its transit in late Aries, adding some extra feistiness and fight, female-style, to the proceedings.

These aspects and transits are motivating but also stressful and potentially frustrating. People are going to be a little on edge this Aries season. 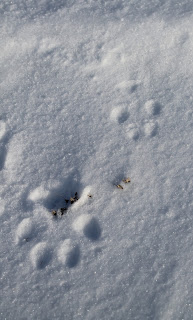 The final square between Jupiter in Gemini and Chiron in Pisces occurs March 27, exact during the Full Moon. We've been under the influence of this square since July 2012.

Communication and transportation planet Mercury will be conjunct wounded healer Chiron at that time, squaring Jupiter exactly on March 29.

The Mercury-Chiron square to Jupiter in Gemini indicates that conditions are ripe for conversations, connections, and information that create spontaneous healing. However, this square is also mentally and psychically taxing, increasing stress, sensitivity, confusion, and irritation. People are very sensitive to words and tones now, and certain perspectives will rub salt in old wounds - intentionally or unintentionally.

All this makes for a highly-charged and important week (March 25 - 31) as we surge into spring in the northern hemisphere.

The strong Aries influence squaring Pluto brings the potential for spats, battles, pissiness, and even epic meltdowns as we elbow the winter of 2013 out of our way. Coming out of the last dregs of this winter, we're like grumpy bears rolling out of our dens after a long and sometimes miserable hibernation period. We're hungry, we're dopey, we're annoyed, and we're not suffering fools all that gladly.

There's a large amount of cardinal energy in the zodiac now, indicating people will be chomping at the bit for new direction and movement. We're ready to get the show on the road. However, the post-equinox increase in action, activity, and enthusiasm can rub people entirely the wrong way if they feel things are moving in the wrong direction or at the wrong speed. People taking leadership roles upon themselves may find an air of mutiny if their actions and decisions miss the mark for the group. Sudden, unilateral power plays will more than likely be met with opposition. Our action is held tightly in check by slow-burn Pluto in Capricorn.

Aggression and power plays won't all be out in the open, either. With Venus in detriment in Aries until April 15, some passive aggressiveness can be expected. Watch out for that slow drip poison, especially from women dysfunctionally expressing anger and a frustrating lack of influence within the structures as they exist. The confines of the Pluto in Capricorn-era office environment - often emotionally and psychologically toxic - will be a particularly nasty breeding ground for this behaviour. Mercury is still in the sign of its fall, Pisces, sandwiched between Neptune and Chiron, and this increases the possibility of these "invisible" attacks, especially verbally or through the written word.

Those fed up in customer service roles will also be at their maximum level of tolerance with those "the customer is always right" dynamics. Compassion for people stuck in dysfunctional work systems would be more appropriate than bitching about bad customer service this week. Allow more time and more leeway for those working with the public. And if you are one of the lucky ones working with the public - work to hold your temper and your tongue, directing your energy into making changes and improvements wherever you can.

There's a lot to balance emotionally this week. The Libra Moon has its work cut out for it. And those who believe Libra is always nice may have some Pluto-and-Uranus-sponsored education on the docket...

All the personal-transpersonal connectivity creates a universe-directed surge into new territory, as well as the potental for radical breaks in relational form brought about quickly and instinctively, motivated by the new space our identities require.

Some changes in the cast of characters in your life are possible at this Libra Full Moon, stirred by both independence-oriented Uranus and metamorphosis-oriented Pluto. Certain relationships or relationship dynamics have run their course. Others have been cemented into place with Pluto's blessing. You have to love that. What goes forward from here has roots.

With these aspects, we're bristling under the top-down control of Pluto in Capricorn-era institutions and illegitimate hierarchies. Keeping ourselves under lock and key to the extent that we are trained to by the militaristic corporate regime is just not possible for many at this point.

We're committed to a new way, unfolding in the vital current moment, organizing as we go.

Any sudden changes or movement kicked up in relationships or money matters at this Full Moon are tied to the broader changes we're navigating as things continue to shift on the macro level. The personal planets touching the transpersonal planets indicates our personal directions are intricately tied to the collective shifts indicated by the ongoing series of Uranus-Pluto squares, experienced last in the 1930s during the Great Depression and the lead-up to World War II.

In other words, this is bigger than just you. 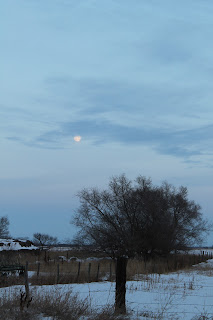 Not only is Pluto taking part in the historic squares with Uranus, it is in another historically important position - within mutual reception to Saturn in Scorpio. The last time Saturn and Pluto were in this relationship was in 1776 and 1777, coinciding with the American Revolution and the break from English control (or at least, the appearance of it).

So you can see and sense some of the intense broader context here as major changes and new agendas unfold both personally and on the world stage.

Libra is the sign of justice, often overlooked by those who prefer its soft pastel shades, interior design, and relationship how-to. This Libra Full Moon indicates a point of high-water emotional illumination reached within stressed circumstances related to fairness, justice, and balance, as well as what more we need to do to achieve those things. There are many scales that must be tipped from injustice to justice on this planet. It takes all our courage and drive now to move toward that under threat from Pluto in Capricorn regimes.

Under these complex and challenging global circumstances, charged by the Aries stellium, make sure to allow enough emotional space for your own scales to balance this week. Don't overload. Focus on the lovely and the beautiful in your life and in this world and come back to a point of inner calm and peacefulness amidst all the fighting Aries - definite necessities with a Moon in Libra.
Posted by Willow at 10:15 AM

Wow, Willow!
I am so impressed with the clarity, and the fluidity of your writing!
Also, your ability to write about the emotional processes and put them out so that I can all of a sudden understand and better yet, deal with them.
You have a gift!
Thank you for sharing it!

A beautiful post that gives me great hope for the coming months. This full moon falls on my sun sign Libra 11th house opposite Aries stellium in the 5th. What really interests me is the final square between Jupiter/Gemini and Chiron/Pisces. Since July 2012, I have been taking 2 steps forward and three steps back. Everytime I think I see change and progress, something takes it away. When will this last square be out of its' orb ?

"Certain relationships or relationship dynamics have run their course. Others have been cemented into place with Pluto's blessing. You have to love that. What goes forward from here has roots."

I agree, so well put and easily grasped. Let it work its way into the collective consciousness!

Also, this part: "...and the break from English control (or at least, the appearance of it).

Right on. It seems to be America's fate to be fatally wedded to one nation or another that pretends to be its BFF. To wit, most Americans are still under the illusion that a certain tiny country in the Middle East is an ally, and are clueless just how much money that "ally" bleeds off them each year. If they only knew.

It depends what orb you use, but we should be out of most of the effects of that last Jupiter-Chiron square by the end of April. Some lingering effects until then, but we're officially past the most tense points by the end of this week, I'd say.

The personal planets in Gemini in May/June will also trigger that square, but at least Jupiter will be out of range by then. Those squares should provide us some much-needed perspective on the whole thing.

Marriage equality argued as they're about to unleash GM alfalfa on the planet.

FM in Libra opposite Uranus in Aries. Biotechnology.

Ceres is on 28 Gemini. The Seralini study results need to come out in a big way now.

I'm glad that you put it in there because it needed to be said. I was as honest in my post as you are in your astrology blog, which is one reason I read it on occasion. Why you don't care for honest commentary in the same vein is beyond me. Other bloggers have more positive takes on certain transiting configurations, and while you sometimes take a decidedly negative tone it balances their over-optimism, at times. That is when you are particularly insightful, but don't expect every comment to be kissing your, well, you know. I thought as a straight-forward writer you could take some straight-forward commentary. Was I mistaken? Sadly, perhaps.

Susan, I don't want people like you reading my blog.

Let's just put it that way.

I pick up on tone and words, and I don't care for yours.

Reading this blog is a privilege, not a right, and you've just lost your privileges.

Your negative/positive take on me and other bloggers is pretty fucking telling, by the way.