Jupiter in Capricorn and the Truth About the Forced Vaccine Agenda 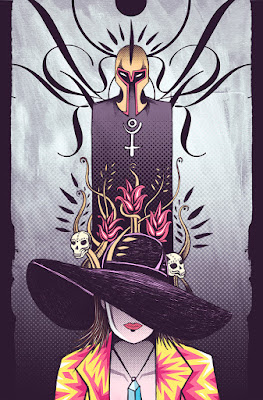 Between December 2, 2019 and May 14, 2020, Jupiter will move through almost the entire sign of Capricorn (0 to 27 degrees) before turning retrograde.

Jupiter last transited Capricorn from December 2007 to January 2009. That coincided with Pluto's initial ingress of Capricorn on January 26, 2008 and the first year of its transit through the sign of the sea-goat.

Now, Jupiter is back in the sign, throwing its cosmic spotlight on the murky wake that has been left by the Lord of the Underworld since 2008, enlarging and expanding the themes that have been dug up during Pluto's transit of Capricorn.

Shedding light on the illegitimate power and abuses (Pluto) of the corporate oligarchy (Capricorn) is certainly high on Jupiter's priority list.

From the upcoming patron article on the Jupiter in Capricorn transit:

"During this transit, we will see an increased focus on principles and ethics (Jupiter) in business and institutions (Capricorn), along with a glaring spotlight shining on the deplorable lack of these things in many of the more powerful and lauded positions on our planet...

This Jupiter transit will expand or "blow up" many of the issues that have been simmering throughout the Pluto in Capricorn transit (2008 to present) regarding illegitimacy in our power structures and corruption that has been built right into the function of our businesses, corporations, banks, and societal institutions."


One of the many things Jupiter in Capricorn will be shining its cosmic spotlight on is the forced vaccine agenda, which has intensified dramatically during the Pluto in Capricorn transit. Collusion among government agencies, Big Pharma, and the medical establishment is highly apparent at this point, as the known dangers related to vaccines (and pharmaceuticals) are continually buried in favour of "official narrative" propaganda that terrifies and shames the public into compliance in order to keep the cash cows rolling.

Just in time for Jupiter's ingress, there are bills moving in the New York state Senate and Assembly that would make the deadly and debilitating HPV vaccine mandatory for all seventh graders in the state. This bill would require all students to be vaccinated with or without parental consent.

This level of medical and governmental fascism is beyond belief, considering the number of deaths and long-term disabilities caused by the HPV vaccine, the most common brand name being Gardasil, produced by pharmaceuticals corporation Merck.

Since 2006, the Vaccine Adverse Event Reporting System (VAERS) has received, regarding Gardasil/HPV vaccines:

It is estimated that only about 1% of all adverse reactions are reported to official agencies, so the real numbers most likely involve thousands of deaths and over a million cases of long-term debilitation and disability around the world.

VAXXED TV on YouTube is a rich resource of interviews with people and families that have been negatively impacted by the effects of vaccines. A search for "VAXXED TV Gardasil" provides dozens of stories of horrifying Gardasil-related injuries and deaths. Here are just a few:

Gabby Larkin, a 16-year-old Australian girl who developed cancer and died after receiving the Gardasil vaccine.

Colton Berrett, a Utah teen paralyzed from the neck down by the Gardasil vaccine. He subsequently ended his own life.

Christina Tarsell, a 21-year-old who was killed by the Gardasil vaccine. This was even the ruling of the U.S. Federal Vaccine Court: Gardasil killed Christina.

Maddie was damaged by the Gardasil vaccine and subsequently ended her own life in 2017.

Brittany, a California teenager, was vaccinated with Gardasil by her mother, a nurse. Brittany developed leukemia soon after and died 10 months after diagnosis.

Ashlyn Brill, a Wisconsin teenager, has suffered more than 300 seizures since having the Gardasil vaccine.

More links to stories have been collected at Health Impact News (scroll to the bottom of the page).

A 2017 documentary called Sacrificial Virgins - the Dangers of the HPV Vaccination can also be viewed on YouTube.

U.S. politicians who are hot-to-trot to make the HPV vaccine mandatory for school kids wheel out the statistic from the American Cancer Society that four out of five people will contract the HPV virus at some point in their lives.

What these spin doctors neglect to mention is that 90% of HPV viruses will be cleared by the person's own immune system with no need for medical intervention.

Of the 10% that do not clear on their own, about 5% could develop into cervical cancer, but this type of cancer often takes a decade or more to develop and could be caught early with routine pap smears.

It is ludicrous that any government would allow the HPV vaccine to be widely administered without first informing people about the thousands of deaths and million+ severe adverse reactions associated with it.

It is simply psychopathic, truly beyond belief, that any government, knowing these risks, would attempt to make the HPV vaccine mandatory.

And here's the even sicker thing about this push for mandatory HPV vaccination:

Merck, the pharmaceuticals corporation that produces the most common HPV vaccine brand, Gardasil, was previously found guilty of keeping its arthritis drug, Vioxx, on the market despite knowing that the drug was killing people with heart attacks and strokes. Merck was ordered to pay $7 billion dollars in damages to the people and families it hurt with this drug.

I've made the argument before when writing about Merck that not only has this murderous corporation been allowed to continue business as usual with its toxic products, it has been allowed to push the dangerous, deadly, and largely unnecessary HPV vaccine as a blanket vaccine for all school children.

Why is it so important that Gardasil become a blanket/mandatory vaccine? Well, how else is Merck going to pay off the billions of dollars in class action lawsuits over Vioxx?

From the February 9, 2010 article, "Pluto in Capricorn Lessons: Following the Twisted Roots of the Corporate Oligarchy":

"Merck is already in the midst of lawsuits on behalf of 50,000 people whose loved ones suffered heart attacks or strokes after taking their arthritis drug Vioxx. There is evidence Merck knew as early as 2000 about these adverse reactions but kept the drug on the market (from the medical journal The Lancet). The lawsuits could cost Merck multi-billions. [Seven billion, to be exact.]

Now, Merck is pushing more bad medicine with Gardasil in hopes of paying off their previous crimes. At $360 US per three-injection dose, Gardasil is the most expensive vaccine on the planet. And you can see why they're salivating at the idea of making it a blanket vaccine, adverse health risks be damned."

Internal Merck documents titled "HPV, Help Pay for Vioxx" have recently been uncovered and released to the public showing that this sicko corporation full-on admitted this was their angle all along! Merck released information about its Gardasil cash cow to assuage stock holders and Wall Street analysts that Vioxx would not be its undoing. The many billions Merck made from Gardasil would easily cover the Vioxx losses.

Nice and neat for the corporate criminals.

The Jupiter in Capricorn truth is this: people are being killed, severely injured, and disabled for corporate profit every day via the medical establishment. The drug and vaccine corporations, the government, and the medical establishment are aware of the potential for death and debilitation, and they do not disclose this in any meaningful way to the public. In this way, they remove the possibility of informed choice and informed consent.

I'm not arguing that people should not be able to vaccinate their children or themselves if that is their choice. I'm arguing that the state does not have the right to force-vaccinate people or people's children against their will.


It is medical and governmental fascism to force vaccines on unwilling people when there is a very real possibility that those vaccines could cause death, disability, debilitation, or illness.

The forced vaccine agenda must be stopped.

A sincere thank you for all you do. I enjoy your writing but I only get a chance to stop in from time to time. This
vaccine article made me think about 5G wifi. Have you written about it? If so, I would like to read it.

I haven't written about 5G specifically on the blog, but I've mentioned it in patron articles and tweeted about it. I'm 100% horrified by it, that's for sure.

Rock on WillowBean!! Thank you for being a beacon of hope and sanity!!! I ADORE reading your inner-thoughts and insights! Sending Big love!
With Utmost Respect and Love,
A Kindred Cosmic Farmer

Ahh, thank-you for the love, WillowMoonDance! You rock on with your fine Cosmic Farmer self, as well!

In case you have not noticed humans worth more death than alive biological samples can be frozen for a very long time to study the adverse effects of chemicals on mutated genes at the Mexico border DNA samples from children and adults are alike are mandatory without parental supervision or consent brutal violation of the Constitution what Trump administration is doing and it doesn't seem that ACLU is going to address the lawless behavior of the government.

A sharing of this article by astrologer and intuitive reader, Yerevan, along with her own analysis and insights: https://readingsbyyerevan.com/2019/12/21/willows-article-jupiter-in-capricorn-and-the-truth-about-the-forced-vaccine-agenda/

Thanks for sharing this article, Yerevan!