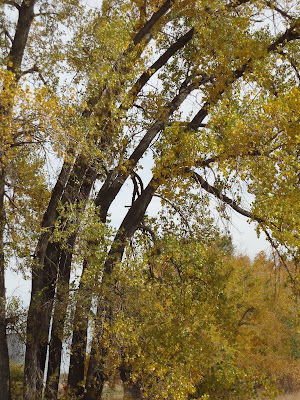 We have a couple energetic shifts on the horizon, which should provide an interesting change, if not relief, exactly.

Taskmaster planet Saturn is currently moving through the tail-end of its retrograde shadow at 3 and 4 degrees Sagittarius and will move into fresh degrees of the zodiac on November 8. As of November 8, Saturn will be in a sort of "clear progress zone," moving through most of the rest of the first decan of Sagittarius in one pass only (from November 8 to December 19, 2015).

This indicates that we are coming into a period of time when we can accomplish some very big things and set down some very important stepping stones - if we are willing to work for our progress. This is as unencumbered as Saturn's movement gets, so let's make good use of it.

This also indicates that there could be some powerful completion and resolution events occurring (internally and/or externally) during the first week of November as Saturn finishes up in the retrograde shadow. Watch for opportunities to lay certain themes to rest - especially as we head into the 19-degree Scorpio New Moon on November 11 - cementing your footing and progress as you do so.

Saturn in early Sagittarius has been a bit tough. We've had a lot to chew on as we came to a point of truth, understanding, and ultimate meaning related to the dark and difficult experiences we've encountered over the past three years of Saturn in Scorpio in mutual reception with Pluto in Capricorn.

But now, as Saturn grinds out the last of the retrograde degrees, we're ready to move on. We're ready for new challenges and structure to take our minds off the sucking black holes we've dug ourselves out of. We've established that first foothold on the other side of Scorpio, on the other side of hell, and we're damn sure going to use it.

We can drop a great deal of the emotional and psychological load now if we can only set our sights on the new and more inspiring territory up ahead. We can move out of the sticky, suffocating tendrils of pitch black emotion and we can drop ties to people and scenarios that have hurt us. But we have to work for it (Saturn). We have to work for brighter skies and for more inspiring and optimistic times in our lives.

As stated, fear, challenge, and karma-related Saturn will traverse this new section of the zodiac (5 to 9 degrees Sagittarius) in one pass only. This means we can accomplish a great deal in the stretch of time between November 8 and December 19. We can put a number of unpleasant and damaging scenarios in our rearview mirrors. We can grab hold of the spirit and the buoyance and the glee of coming out the other side. We survived. Fuck yeah! But we also have to continually mine our lives and our worlds for the inspiration and meaning that will move us forward.

And let's be honest, some of those veins of inspiration and meaning are pretty frigging tapped out this far into fin-de-Piscean-era. Saturn is a planet that challenges us, and we are challenged now to find that inspiration, to work for that inspiration, to dig and strive for broadened horizons. It isn't going to come easily to us. It isn't going to perch itself on our laps. It takes sustained effort on our parts to take the road less traveled, to find the excitement and interest and magic in even the day-to-day Saturnine drudge.

It takes a commitment to being older and wiser, to blocking and avoiding those karmic attractions and traps that have gotten us so many times before.

And nowhere are these traps and unpleasant karmic scenarios more prevalent at the end of the astrological Piscean era than in human relationships. 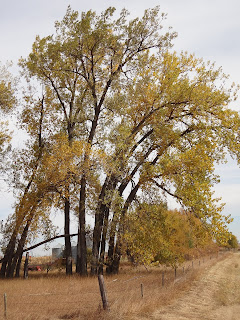 Which leads to our second major shift for the month of November...

This provides a welcome change as we launch ourselves into new work, new projects, and new self-improvement efforts which take our minds off the state of our relationships (or lack of them).

The end of the North Node's transit through Libra has been coloured by both Mars and Venus in Virgo (conjunct Jupiter) opposite wounded healer Chiron in Pisces.

Disappointment in relationships and with humanity as a whole is riding pretty high. Human relations at the last gasp of the astrological Piscean era can be pretty dismal; let's not sugarcoat it. And ouchy, anxiety-inducing Chiron is really rubbing this in.

There's not much to do but forge onward. Better conditions exist up ahead: we're creating them as we go.

Venus and Mars come together in a conjunction at 23 degrees Virgo on November 2, before both bodies move into Libra, the sign of relationships.

So even though the North Node of the Moon is creating a new focus for us on work, health, service, projects, and improvements of all kinds, there is still a strong impetus to improve relationships and general human relations as we close out 2015, and this isn't going to be simple.

Benefic planet Venus enters Libra, its own sign, on November 8 (the same day Saturn enters fresh degrees of the zodiac). The transit of Venus through its domicile Libra indicates some ease in social matters and in matters of the heart until December 4. Money matters should be relatively easy and simple during this time. Venus is comfortable and lovely and graceful and aesthetically-pleasing in Libra. Social harmony and enjoying the company of others are indicated. The love planet loves this sign.

Sounds pretty good, huh? We could use a little of that.

But malefic planet Mars also enters Libra - on November 12 until January 3 - and Mars is in detriment in Libra. This is often an angsty, frustrating placement. The social and relationship realms are inflamed and agitated by Mars in this sign. There is an edge to our interactions, and it is easy to insult others - even without meaning to. There is social factioning involved. Passive aggressiveness is also a characteristic of Mars in Libra (or Venus in Aries), and you know that shit can get nasty. The stinging barbs coated in saccharine-sweet, the drops of poison in our fruity cocktails, with no one coming out and telling it like it really is, with no one truly getting to the heart of the matter.

So we have Venus in a strong sign and Mars in a weak sign until early December, traveling together in the zodiac. This indicates that Venus will have plenty of inflamed social frictions to manage and finesse from the sign of its domicile. And we have a very short grace period there. Early November to early December may also be a period of time that is more difficult and frustrating for men (Mars) than for women (Venus).

Venus will move into the sign of its detriment, Scorpio, late on December 4, where it remains until December 30. This means from December 4 through December 30, both relationship-related planets will be transiting signs of their detriment. Tricky.

Not only that, but these planets are in detriment in mutual reception to each other, transiting the sign the other rules. (Venus rules Libra, Mars rules Scorpio.) This detrimental mutual reception is highly complex and not-altogether pleasant territory. (You just know Venus in Scorpio is going to annihilate some b.s. that has been glossed over previously...)

You can kind of feel it, though, can't you? The unfinished business from this summer's Venus retrograde in Leo square Saturn in Scorpio? You really didn't think it was going to be that easy, did you? This is the backwash from that Venus in Leo retrograde with all the break-ups, make-ups, social shifting, and new couples emerging.

And we get into it this December and for the holidays.

You can dress up a failing relationship in all its holiday finery, but with these transits, you can't cover up the underlying problems bringing about a slow collapse.

You can gloss over social tensions with trumped-up holiday cheer and goodwill, but underneath, the teeth are still gnashing. The relational friction is still grating.

The holidays this year provide a distinct challenge to new couples, to newly separated or divorced people, and to couples who are holding their existing relationships together by a thread.

It's hard to pretend in our relations with others when Venus is transiting Scorpio, that's for certain. Both love and hate run deeply and intensely with this placement - often both at the same time. Money issues, especially in relationship, get sticky. Our value systems can clash on very deep and fundamental levels.

Venus in Scorpio has to deal with stone, cold reality in human relationships. Anything else is sheer poison. Anything else will end in it getting screwed. There is no Libran glossing over, pretending, compromising, smiling to make others comfortable. Transiting Venus in Scorpio this December is going to get into it, make no mistake about it. All we can do is: avoid what (and whom) we can, avoid getting overly involved in dramas, and keep our distance and our balance socially wherever possible.

With anger, aggression, and war planet Mars in smile-and-it-all-goes-away Libra until January 3, keeping our poise and our balance socially is going to be no small feat. We're navigating some major social friction as we close out 2015 and begin 2016.

Libra and ruling planet Venus, above all, seek what's fair.

So the best way to deal with this mutual reception of Venus and Mars in signs of their detriment as we move through December and close out 2015 is to proactively and realistically deal with whatever we can as it comes up.

You know what? We don't all get along. We shouldn't all come into contact with each other. Some people - even family members - are best avoided. Some social situations are best avoided. Certain combinations of people create a bad reaction. Certain combinations of people are actually dangerous. Certain relationships should have a skull and crossbones sign on them.

This is the dark-and-dirty nuance and underlying relational reality that Venus in Scorpio deals in, and it's coming front-and-centre even before Venus enters the sign.

Venus in Libra will form a potentially turbulent cardinal t-square with Pluto in Capricorn and Uranus in Aries November 20 - 23, kicking off the Venus-Pluto themes.

Mars in Libra then activates the same configuration, potentially even more turbulent, from December 6 to 10.

If you're already aware of the underlying relational reality, you're ahead of the game.

If you're expecting a little holiday angst and some frictional exchanges among certain combinations of people this year, you can better head it off.

Deal with stone, cold relational reality, make your moves and your decisions from there, and you can't go wrong.
Posted by Willow at 9:25 PM

Labels: mars in libra, saturn in sagittarius, venus in scorpio