Saturn in Scorpio Trine Neptune in Pisces: The Last of the Wounding Piscean Era Illusions Are Gently Purged From the System 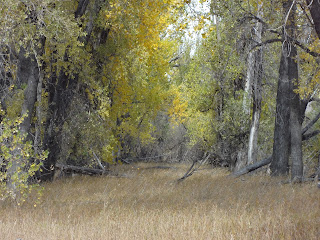 Saturn at zero Scorpio forms a water trine to Neptune at zero Pisces October 10, and the planet of structure and concrete progress is in flowing, supportive aspect to the planet of the dreamy and non-concrete. Spiritual and psychic elements of life are drawn almost effortlessly into even the driest and draggiest of realities. Things solidify and dissolve, solidify and dissolve, in an interwoven dance of physical and ethereal, planned and dreamed. Wood, steel, and stone are acted on by mystery, magic, and metaphysics.

Solid advancement seems just within our reach, at our fingertips, when the tide goes out yet again, washing things away, back to chaos, back to square one.

And then it’s time for another attempt, for a new set of plans, for a new angle of advancement.

If a foothold does gain traction here - finally, beyond all reason – it’s because it is infused with some 'Pisces for the Aquarian era' pixie dust. It’s a step that has found, through trial and error and otherworldly instruction, a new direction into a new framework of successful energy dynamics.

Our experience of time (Saturn) continues to reformulate. The concept of time having a static and regular nature seems to belong to a different era. Certain time segments speed by, disappear, are seemingly lost altogether, and then time slows, seems to crawl, becomes standard again. Time being relative is antiquated understatement at this point. We snap in and out of the timed reality, the linear regularity, touching down and blanketing ourselves in its weight to regain bearings. Oh, clock. Oh, watch. Pin me to this grounded life. Comfort with your tick tock tallies of life’s moments, speeding blindly past.

Progress made now is not purely linear, easily planned, or directed via desire for personal advancement alone. Things are being put in place, but the work is completed on its own timeline.

Saturn and Neptune. Neptune and Saturn. The finite and the infinite, the infinite and the finite. These two bodies will form three exact trines in these signs – October 10, 2012, June 11, 2013, and July 19, 2013. This trine is in the air for the next year, working its meandering magic.

Our challenges and responsibilities – somewhat daunting, perhaps, at the beginning of Saturn’s almost three-year trek through deep, dark Scorpio – are eased by a sense of floating Neptunian surrender and faith.

There’s only so much we can do about certain nightmare scenarios we find ourselves living through on this planet. But if we’re doing everything we can, everything on Saturn’s docket, we’re also very aware that the loving and benevolent universe (AKA God) picks up the slack. We’re digging in to the nitty gritty as Saturn transits Scorpio, going third-eye deep, peeling away the artifice – but when we’ve dug in as far as we can go, there is both assistance and guidance through the intricate and sometimes arduous matrices.

The stone-cold, ground-zero Scorpionic realities are softened here with just an impression of a glimpse of a wink from the universe. A feather lying in our path, an animal guide making itself known, a glimmer of the faerie folk in a mischievous smile, a remembered dream tying it all together. A reminder that no matter how bad it is, it’s still OK – as long as we’re living and working within soul-deep reality. We’ve come to this point together, and we move through it together.

Our structural realities (Saturn) are in a state of sometimes traumatic morph (Scorpio) as global seismic shifts indicated by the Uranus-Pluto square series drop the bottom out in certain areas and open new opportunities amongst the wreckage in others.

This Saturn-Neptune trine indicates that the progress being made in our lives and the opportunities opening to us now, though potentially scary and uncertain, are moving us toward our dreams, one step at a time.

We’re working (Saturn) for these dreams (Neptune), but they're new dreams.

We’ve stepped firmly onto the water-bearer side of the Pisces/Aquarius divide, and our dreamy ideals take on a new flavour. Our best case scenarios have reformulated, sometimes dramatically.

As Saturn trines Neptune, it is also trine wounded healer Chiron in Pisces. The first exact Saturn-Chiron trine is November 16, 2012. In order to make progress now, we have to be willing to give up some long-held dreams that have not proven viable, and this can be painful. The old ideals have become pale, brittle, faded, whisper-thin. Many of the Piscean-era dreams are going up in smoke, dissipating into thin air after years or decades or centuries of cherished hopefulness and longing. 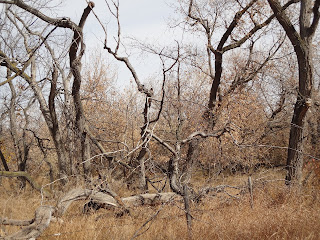 Twenty-nine Aquarius is the degree of the astrological era shift. And with Neptune, the ruler of Pisces, transiting that degree, we were challenged by changing dreams, changing outlooks, and changing rulebooks, particularly for love and relationships.

You can read some background on that here: Saturn in Libra (Not Quite) Trine Neptune in Aquarius and Saturn Retrograde: Neptunian Relationship Fodder From the Anaretic Degrees

The final Saturn retrograde through Libra (February to June 2012) was coloured strongly by relationship challenges related to the shift between astrological Piscean era and astrological Aquarian era. Saturn turned direct for its last pass through Libra June 25, on the heels of the Venus Transit in Gemini - another indicator of grand-scale paradigm change in love and relationship. Saturn's direct station fell just one day after the first exact Uranus in Aries - Pluto in Capricorn square. And now Saturn is on the very last degree of Libra, cementing the very last bit of relationship progress.

Human relations are officially different now. Love is different. The standards and rules for relationship have changed. Ideals have shifted. And these changes continue, hurtling us deeper into a new astrological era…


Old habits and old Neptunian illusions flicker in and out of the scene, nipping at those weak points where the desire to stay tightly wrapped in the Piscean-era cocoon is strong to overwhelming. Fingers in ears. La la la. Repeating the well-trodden karmic loops, particularly in love and relationship, while under the very unreasonable impression that this time, it will turn out differently.

The twin flame soul mate. The One True Love. The perfect partner magically creating the perfect life. The rich, gorgeous, and brilliant white knight coming to save us from the drudgery and disappointment of human life. The enlightenment and bliss of two becoming one. Forever. The naïve perfection ideals of the astrological Piscean era.

These are all piles of ash. The fire at the Piscean-era hearth has burned clear. 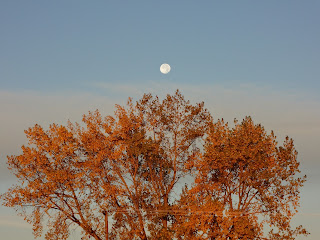 Both Saturn and Neptune have ingressed new signs. Power and advancement here come from the whole-hearted adoption of the new ideals and new energy dynamics related to an expression of Pisces for the Aquarian era.

Love, money, and relationship planet Venus wraps up its last official duties as dispositor of Saturn this week. As of October 5, Mars and Pluto become the strongest influences over our Saturnine progress. But for now, beneficent Venus is at the helm, and the last major aspects it makes as dispositor are rich, beautiful, distilled, and just a little poignant.

Venus at 29 degrees Leo forms a sextile to Saturn in Libra October 2. This is the last contact between these two bodies with Venus as dispositor, and the supportive fire-air aspect has a warm, celebratory feel in its finality.

Venus then enters crisp, cool, illusion-puncturing Virgo just before 1:00 a.m. (CST) on October 3, and forms the official final aspect of its dispositorship - an opposition to Neptune at zero Pisces. Venus is in the sign of its fall in Virgo, and it has some grounding, bubble-bursting work to do during this transit, of which neither Venus nor Neptune are particularly fond. Venus is on task, however, applying practical details, removing blinders and gloss, and showing us real, earth-based love magic, until entering its domicile Libra October 28. Venus opposes Chiron in Pisces October 7.

There is the possibility with these Venus-Neptune and Venus-Chiron oppositions, strong though the first week of October, of falling for glamourous, escapist style over effective, earth-based substance. With an opposition, the trick is to find the right balance and energetic mix to have the best of both worlds.

Those most successful, most effective, and most relevant from this point forward use the Saturn in Scorpio trines and the Venus in Virgo oppositions to drop outdated Piscean-era ideals like a ratty, moth-eaten cloak. To alchemically burn them out of their systems, clearing the mesmerizing draws, dropping the baggage, and choosing the exit ramp, once and for all, out of the karmic loops.

The universe is going fairly easy on us here, but that won't always be the case. As Saturn in Scorpio trines Neptune in Pisces on the zero degrees, we have our first major opportunity to bank on what we know about human nature rather than what we hope is true. Success here comes from sniffing out true character and following it to its inevitable conclusions, rather than glossing over the things we'd prefer we didn't see in the people around us.

This doesn't mean we interact without humour or love in our hearts, but during Saturn in Scorpio, the benefit of the doubt should be given very sparingly. 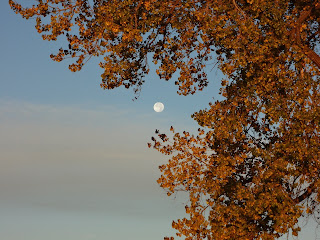 Saturn last formed trines to Neptune in 2001/2002 when Saturn was transiting Gemini and Neptune was in Aquarius.
Posted by Willow at 9:23 AM

Whether it's God or the universe or those who've passed on, I think a lot of us are being 'looked after' here... :).

What a beautiful and inspired article Willow. Thank you so much for this real close look and sharing your wisdom.