Saturn in Sagittarius, Dispositor Jupiter in Virgo, and Puncturing Corporate Spin on GMOs 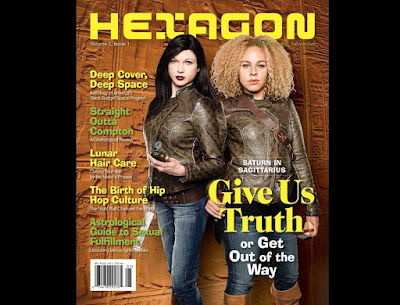 Recent announcements by several major processed food corporations - including Kellogg's, General Mills, and Campbell's - that they will start labeling genetically modified organisms (GMOs) in their products bring up some issues that are highly pertinent during the transit of Saturn through Sagittarius (December 2014 to December 2017).

What follows is an excerpt from an article I wrote on the transit, which appears in Issue #2 of Hexagon Astrology Magazine.

"During this Saturn transit, we will be working with a number of suppressed (Saturn) truths (Sagittarius) within our cultures. This involves some of the knowledge we absolutely must master in order to be successful from here on in...

The spread of genetically modified organisms (GMOs) and the continued infiltration of the food supply are major "suppressed truth" subjects on which we must get a strong handle during the transit of Saturn through Sagittarius.

If animals are exhibiting this GMO-related health damage, it is almost certain that the humans eating the animals, animal products, and GM crops will eventually experience similar problems.

Here, we see the challenges of living in a world of global trade where decisions made in one country can negatively affect other countries halfway across the world (a Saturn in Sagittarius theme).

The labeling of foods containing GMOs, often touted as a solution, is also not fully effective. The truly insidious problem is the unintentional and undesired spread of GMOs into natural crops. Labels would cover only those foods knowingly produced with GMOs. Unintentional contamination – a widespread problem – would continue to fly under the radar.

We will be confronted with many instances during Saturn’s transit of Sagittarius when the accepted rhetoric, including in alternative scenes, is not fully effective or truthful. It will be up to us to call these out."

A SATURN IN SAGITTARIUS CASE STUDY

"With a focus on simplifying ingredient lists while maintaining the same great tastes consumers have grown to love, the newest changes vary across more than 100 products, with examples including the removal of artificial colors and flavors, high fructose corn syrup and GMO ingredients,” the press release states.

This move by Nestle is being applauded by many.

However, this is a perfect example of the accepted rhetoric - and the corporate public relations spin machines - not being fully truthful about the situation.

Please allow me to call this one out...

Ice cream is made from milk (or "milk ingredients" if we are talking corporate ice cream, as we are in this case). Milk comes from dairy cattle. Dairy cattle, and most livestock across the board, are being fed genetically modified feed in the mainstream (non-organic) agricultural systems. 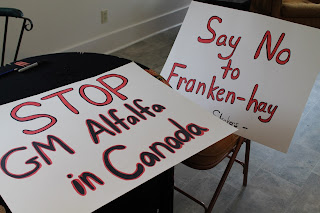 Corn is one of the largest genetically modified crops in the world, and it is routinely used as livestock feed. Alfalfa is another common feed for livestock, either in plant form or in dried hay form. Genetically modified alfalfa was unleashed in North America in 2011 and has since widely contaminated the natural alfalfa crop. (Alfalfa is a feral, perennial plant, meaning it comes back year-after-year without being sown again, and it grows and spreads like a weed.)

So Nestle can win big public praise and enjoy mucho corporate spin from its announcement that it is "removing GMO ingredients" from its products.

Nestle knows the high fructose corn syrup it uses is genetically modified. This would be provable in a court of law should Nestle label its products free of GMO ingredients and continue to use this corn syrup.

The same is true for any conventionally produced animal product, including meat and eggs. Almost across the board, the conventional agricultural system feeds livestock genetically modified feed (corn, alfalfa, soy, etc.), and this practise contaminates the food.

"Q. Do you consider ingredients derived from animals fed with GMO feed to be GMO ingredients?

We do not consider ingredients derived from animals fed with GMO feed to be GMO ingredients...

Now, every time a corporation releases a statement about labeling GMOs or removing GM ingredients, it suddenly gets a big, shiny gold star from some of the less shrewd (though I'm sure well-meaning) members of the anti-GMO movement.

Nestle gets to look like a big hero by announcing its plans, even though these plans amount to little more than a half-assed gimmick that will not, in actuality, rid its products of GMOs.

There was a very interesting YouTube video making the rounds a few years ago of an old interview of then-Nestle CEO Peter Brabeck. Brabeck has since risen up the ranks and sits as Chairman of the Board of Nestle. The interview quite clearly exposed the eugenicist beliefs of this man and the eugenicist roots of this food corporation (and I use the term "food" very loosely here).

In the interview, Brabeck sings the praises of genetically modified foods, attempting to convince the public that they are perfectly safe to eat:

"But organic is not best. After 15 years of eating GM food products in the U.S.A., not one single case of illness has occurred from eating them to date."

Brabeck also shares his profound wisdom that water should not be free to the general population and that the idea that water is a basic human right is "extreme."

Yes, you read that correctly. Brabeck believes that the people of Earth should have to pay for the privilege of water to drink:

"There's that lovely old Austrian folk song, 'The dear cattle need water, hollera, holleri,' if you remember. Water is of course the most important raw material we have today in the world. It's a question of whether we should privatise the normal water supply for the population. And there are two different opinions on the matter. The one opinion which I think is extreme is represented by the NGOs, who bang on about declaring water a public right. That means that as a human being, you should have a right to water. That's an extreme solution. And the other view says that water is a foodstuff like any other, and like any other foodstuff, it should have a market value. Personally, I believe it's better to give a foodstuff a value so that we're all aware that it has its price."

(Shall we also commodify the very air that we breathe for corporate profit? If people like Brabeck could, they would.)

Now, Brabeck doesn't believe in water as a basic human right, nor does he believe that water should be free for the populace.

He does, however, believe that water should be free to his corporation.

For many years, Nestle has extracted groundwater in bulk from multiple locations around the world for nothing or next-to-nothing, bottling it and then selling it back to the public at huge mark-ups.

In just one of those locations - Hope, British Columbia - Nestle was extracting hundreds of millions of litres of water per year without paying a cent. "Nestle Bottles Millions of Litres of Canadian Water - and Pays Nothing" by Dan Fumano

Amidst public pressure to crack down on this free corporate extraction of groundwater, the British Columbia provincial government now requires Nestle to pay.

Yes, Nestle extracts an estimated 319.5 million litres (71 million gallons) of water every single year from the Hope, B.C. area alone and is now required to pay the British Columbia government $265 per year to do so.

Nestle then bottles that water and sells it back to us at $2 a pop for a 500 millilitre bottle.

Nestle even continued to extract water from a California native tribe's water basin as the state was crippled by the 500-year drought.

Kunkeltown, Pennsylvania is Nestle Corp.'s latest target for this morally criminal bulk water extraction. Residents of the town are fighting back after a 2014 zoning change left them open to Nestle pillaging their water supply.

The cattle need their (bottled) water, don't you know?

With the North Node of the Moon and Jupiter transiting Virgo (with Jupiter a major influencing placement as dispositor of Saturn in Sagittarius), there are fine distinctions that must be made, clarified, and hammered home as the corrupt Pluto in Capricorn-era corporate culture rolls out its grand pronouncements and shiny publicity stunts.

Truly eradicating the devastating contamination of our food supply by genetically modified organisms - grown without restriction for decades now - will take far more effort, far more diligence, and far more desire than these corporations are willing to put forth.

These are surface-level gimmicks designed to placate and fool the public.

To truly root out the evil of these nefarious corporations, we need to get out of the stream of corporate press releases and public relations spin.

And we need to eliminate processed foods from our diets altogether.

Instead of adding to corporate coffers, spend your money at Farmer's Markets or on locally-sourced foods in the supermarket that are produced ethically, without GMOs, excessive chemicals, or poisonous additives.

Bring the soul back into food - something of which mass-produced corporate food products are almost entirely devoid.

Buy organic or "up to organic standards" whenever you can.

If you have the means and the physical ability, grow your own garden. Or buy a share in a community-supported agriculture (CSA) initiative.

Break the habit of eating convenience foods that are not good for us. Break the addiction to processed foods and refined sugar altogether.

And call these corporations dicks out for their lies and half-truths every chance you get.

This is how we give the old "eff you" to corporations that do not give a damn about human health, safety, or wellness.

A new YouTube video I did on the subject: GMO Labeling is Not Fully Effective: Puncturing Corporate (and Activist) Spin on GMOs

All GM Alfalfa articles from Willow's Web Astrology, dating back to 2011: GM Alfalfa

This article was featured on the Aloe Cadabra blog on May 9, 2016.