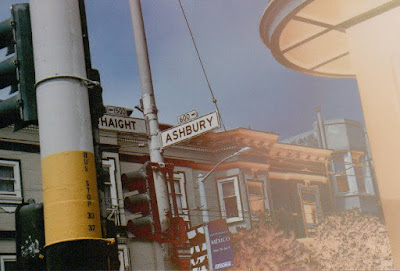 
We've just experienced a strong concentration of energy along the Virgo/Pisces polarity, which - this far into fin-de-Piscean-era - can be a bit much to handle.

A Venus-Mars-Jupiter sandwich in Virgo opposite wounded healer Chiron in Pisces was the main event for late October/early November 2015, and we have just barely moved beyond the acute stress and problems kicked up under that configuration. (Both Venus and Mars have now moved into early Libra.)

Jupiter makes everything bigger, while Virgo is related to, among other things, mental stress, worry, and problems. So we have problems (Virgo) being made bigger (Jupiter) and more stressful as one effect of this Jupiter in Virgo transit. Oh, good times.

Coming out of that configuration, we now have both Neptune and Chiron stationing direct in Pisces with Chiron still within range of the opposition to Jupiter (which will be exact again in February and August of 2016), and this can have a bit of a wet blanket effect, depending on your personal astrology.

Physical reality can feel heavy and burdensome as Pisces energy concentrates in the astro atmosphere, and this effect is exacerbated at the moment as the karmic South Node of the Moon has just entered Pisces, as well (November 11). People are under the effect of illusion and delusion more strongly now, and decisions and commitments can be reversed very easily. Things are not entirely as they seem (ahem, watch for those false flags) with Chiron and Neptune in Pisces flooding the psyche so strongly.

Just keep putting one foot in front of the other, though! Take a meditative approach to cleaning, cooking, hygiene, and daily details, and give yourself plenty of praise and encouragement (Jupiter) for completing even the smallest and simplest of tasks (Virgo). You flossed your teeth, cleaned your shower, clipped your fingernails? Go, you!

This is a re-post (with updated transit information) of an article from the last time Neptune and Chiron stationed direct, in November 2014. The themes are still just as applicable:


"Pisces is the sign of the most sublime spiritual bliss and also of the harshest disappointments, loss, and devastation known to humankind. It's the idea of the lotus flower, blossoming beautifully out of some of the dankest and most difficult muck this planet has to offer. It is the idea of being invisibly bound together by the trials and tribulations of the human condition but also by the love, sweet love, that brings us through it all.

The dual stations in the sign of Pisces can bring some grogginess, some dreaminess, and some general mind fog. Everything is a bit weirder and a bit more surreal under the energy of these stations. The veil between the material and the immaterial is just a bit thinner. Taps on the shoulder from the universe are a bit stronger. We perceive the other side communicating with us a bit more clearly.

I've written about Neptune stations in the past, and I will include it here for your perusal. The themes are similar for the Chiron in Pisces station November 27:


From "Neptune Stations Direct and Brings the Foggy, the Floaty, the Wispy, and the Surreal," November 9, 2012:

When a planet appears to slow in the zodiac to station either retrograde or direct, we often experience a palpable concentration of that planet's energy and themes.

With stationing Neptune permeating the astro atmosphere, we can expect a few of the following symptoms to be kicked up...

- Dreams can be much more vivid and involved. They can have a "journeying" quality, as if we have traveled through many other worlds, and we can wake up feeling more tired than when we went to bed. Prophetic or foreshadowing dreams are more common.

- Sleep can be deeper, as if we're falling off into utter abyss and have to drag ourselves out and back into waking life. We may sleep longer or more often than usual, and people can continue to have a sleepy, dreamy quality throughout the waking hours. The standard afternoon coffee just doesn't cut it!

- We can experience disrupted sleep with odd periods of wakefulness in the night.

- "Cosmic winks" and communication from the universe are more apparent. It can sometimes feel as if the radio or TV is communicating directly to you. A stronger than usual feeling that you are not alone.

- Daydreaming increases. Imagery from the mind's eye is clearer and more active than usual and can be distracting in day-to-day life.

- Our psychic space is more permeable when Neptune is strong, and we have to carefully filter the heightened impressions we're receiving.

- People can be more impressionable, easily swayed, and prone to wishful thinking, particularly with love relationships. We can be convinced of things when Neptune is strong that we could not be convinced of at other times. The standard, "What was I thinking?" In the same way that we can believe a dream we've had is real, it's possible to believe things are one way when all logical conclusions (and later, hindsight) would indicate otherwise.

- We can be more easily deceived by people, missing major character flaws because we're blinded by the good in them, by their "spiritual auras," or by their potential.

- Plumbing problems are more likely. A low water level for flushing toilets, in particular, is common during Neptune stations.

- Personal plumbing issues are also more likely. Urinating more than usual or having to use a (hopefully natural) diuretic to assist urination. (Uva Ursi works well.) Urinary tract irritation is more common when Neptune is strong, so avoid soft drinks, caffeine, and alcohol, and increase intake of water and real cranberry juice.

- There can be a strong jonesing for drugs and/or alcohol.

- But we are also more easily altered and affected by drugs and alcohol.

- Food allergies and sensitivities can be heightened. We're craving "fun and easy" foods, but they can have ill effects.

- We can be more sensitive to perfumes and scents.

- There can be a giddy, giggly, intoxicating quality in the air. Neptunian whiffs of ether.

- People can be more sensitive than usual and their feelings more easily hurt. There is stronger sensitivity to the suffering in the world, and people are more easily brought to tears when Neptune is strong. The Neptunian waterworks. People may choose more isolation than usual to offset this heightened sensitivity.

- We can spend money on things, particularly on frivolous things, that we wouldn't ordinarily spend money on. When Neptune is strong, we crave escapism, entertainment, and ease from the daily grind. Pizza delivery and Chinese take-out must see an increase in business!

- The simplest daily tasks can seem irritating and overwhelming. Multi-tasking is more difficult.

- People may embrace their inner dirty hippie and skip a few showers. Personal hygiene is one of those daily tasks that can seem impossibly arduous when Neptune is strong.

- It can be difficult to make ourselves fully understood, as if we are yelling underwater. People may pick up on one layer of what we're saying without grasping the full meaning.

- Generally, a lot of projection is flying around. People could be interacting with their own fabricated versions of who you are, rather than anything based in reality.

- Strongly Neptunian/Piscean people can usually be spotted by a sort of dreamy, shrouded, faraway look around the eyes. The area around the eyes can appear a little shadowed and hollowed-out."

So cut yourself (and others) a little slack this month as the unseen realms demand more of our energy and mental/psychic space. Understand that we're all a little haunted right now, and we're all a little confused at times. Maintain focus (especially while driving!), stay active however you can, even in the smallest of ways, and don't let the Piscean/Neptunian anesthetic effect take you under.
Posted by Willow at 2:25 PM