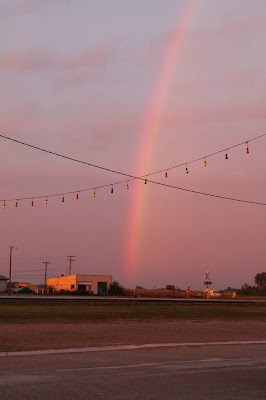 Action planet Mars entered crisp, clean, clear Virgo in the early morning of October 15, where it will remain until December 7.

This transit officially brings a two-year Mars in Virgo-infused goal and personal direction cycle to a close - but not before we put every last bit of its energy into active practise in our daily lives.

Mars last went retrograde January to April 2012 from 23 to 3 degrees Virgo. The planet related to aggressive action, will, goals, sex drive, and personal direction spent almost eight months in the sign of work, health, and function - from November 2011 to July 2012.

During that time, as Mars opposed Neptune and Chiron, newly in Pisces, we were required to take on a path of hardcore, warrior holism in reaction to the state of eroding health on this planet.

"This is the fight (Mars) to heal (Virgo) and to stay healthy, to maintain health as Fukushima spews, as our environments are poisoned physically, emotionally, psychically, electromagnetically all around us, as we are manipulated by those who profit from us being unintegrated, toxic, unbalanced, disconnected, dysfunctional."

In basic terms, the almost eight-month transit of Mars through Virgo in 2011/2012 indicated a time when we had to set a fierce trajectory to get out from under layers of eroding poison. We had to fight (Mars) to pinpoint and analyze (Virgo) these layers: radioactivity; genetically modified organisms, growth hormones, antibiotics, and other additives in our food; chemical pesticides and herbicides; chemicals and industrial waste in our water; chemtrails and other forms of disorienting and deadly weather modification; toxic pharmaceuticals; injuring vaccines; HAARP activity and other frequency/electromagnetic pollution; psychic and mental disturbance from manipulative mass media; chemical perfumes, cleaners, and dyes; and many more.

And we had to fight to pinpoint and analyze these layers as the powers that be, including the manipulated mainstream media, denied these things even existed. This was the wounding Neptunian smokescreen effect (Chiron/Neptune in Pisces).

If the establishment was forced to admit these things existed, we were assured they had no ill effect on the health of human beings or other living things.

So we've had to outsmart the so-called leaders, the so-called authorities on these issues. We've had to take responsibility for our own paths to health, often outside the mainstream establishments.

(In fact, following the advice of the mainstream establishments has often only made us sicker.)

And now, as Mars makes its way back to the sign of Virgo for the first time since that retrograde, we're required to get very serious and very active, bringing the last little details into play, creating the most optimum function and health we possibly can in order to withstand the stresses of the upcoming winter, followed by the exact cardinal Grand Cross formation April 21 - 24, 2014.

"The Mars transit and retrograde through Virgo involves an eight-month period of mutable, transitional energy that requires our precise and active participation to direct, re-direct, adjust, and re-adjust our courses. Throughout this time, we'll be directed down only the most pertinent and effective channels in our lives, honing and refining our courses and withdrawing personal energy from anything that is not necessary, valuable, or vital moving forward. This process is happening, specifically, in the house or houses where Virgo falls in your natal chart. That's the area where things need to be tightened.

Virgo is one of the quieter placements for Mars. Mars is active here but only in the ways that count. No excess of motion, exertion, words, mental function, or use of will. Small movements, adjustments, and re-direction have big effect, and temperance rules, as too much effort in one direction results only in energy expended for self-correction.

The energy on the planet will be getting very bizarre and out of control at times over the next years, and things can really go haywire if we allow them to. This is why we need the Virgoan qualities applied through the iron will of Mars to set our courses now, doing battle on the fine points.

If we're oh-so-careful and diligent, smoothing every screwy detail, critiquing every glowing illusion, attending to every nagging issue, we set a tone with this retrograde that can keep us grounded and out of the worst of the hyped baloney and utter bullshit being amped up on this planet.

Clean, crisp, clear. In Virgo, every detail matters. Virgo is a sign that needs things to be just right, and with Mars here, we're going to have to take it personally when they aren't.

If it hits our ears as incorrect, it's rejected, no matter how many people are saying it, doing it, or believing it. Anyone trying to fill our minds, bodies, societies, or environments with useless crap is viewed as an enemy of our health.

Enemies of our health. There are many. Under Mars in Virgo, we're consciously fighting to maintain health in a world increasingly toxic to living things. Our systems are quite literally being attacked on multiple fronts. There's an immediacy with this Mars transit. There's no more time to put off the changes necessary to fortify our health. It's on. In order for our systems to continue processing and metabolizing what's going on, they need to be in tip-top condition.

Diet, exercise regimes, habits, routines, work conditions, the quality of our food and water, our mental and emotional environments - a crucial analysis and refinement is on the docket during this transit, fighting to maintain systemic health while preparing us for the next years on the planet. This involves the removal or at least strong limitation of anything that weighs our systems down: excess alcohol, drug use, cigarettes, perfumes, air fresheners, chemical cleaners, electromagnetic pollution, noise pollution, pesticides and additives in food, refined sugar, artificial colours, genetically modified food, fluoride, excessive internet, TV, music, shopping, socializing.

Mars is a hard-ass in Virgo, and with good reason.

Even things touted as healthful should be gone over with a fine-toothed comb. With Virgo, less is more. Be careful what you add to your life and to your system. In most cases, Virgo is about what needs to be taken away.

There is a sexual element (Mars) to health (Virgo) here. A more precise application of sexual energy is required. A new understanding of the effects of sexual activity on health and on the surrounding energetic environment as a whole comes about here. The "too much, too fast, too soon" sexual ethic constantly shoved down our throats is rejected by those who use this transit well, and the application of sexuality is streamlined with a new awareness and focus on the health of the individual, the partner, the relationship, the immediate social groups and society, and the spirit, in general. There's a re-wiring of attractions and sexual habits here, a clarification, and a removal of toxic sexual connections. Holistic sexual health.

Our work is infused with a necessary level of fight during this transit. We fight to overcome the redundancy, uselessness, and listlessness forced upon so many through mass institutionalized unemployment, underemployment, and lack of meaningful paid employment."

Virgo is the final sign related to the honing and perfection of the self (as much perfection as is possibly in these fallible human forms).

The next Mars retrograde will be in Libra, the sign of Mars' detriment. Relationship-oriented Libra is the first sign to go beyond the self, relating to other people, relationships, partnerships, social responsibilities, justice, and maintaining our equilibrium in relation to others. Mars enters Libra December 7, 2013 where it stays until July 25, 2014. It will retrograde March 1 to May 19, 2014 from 27 to 9 degrees Libra.

In order to be successful as Mars turns its sights to others in Libra, bringing some stressful relationship dynamics onto our plates, we have to be functioning as well as we possibly can as individuals. We have to be honed, toned, streamlined, and functional, firing on all cylinders. In order to maintain the types of relationships and the types of social relations we desire with Mars transiting Libra, we have to have the kinks worked out in our own selves and lives first.

This is the primary goal of Mars in Virgo, and it has been our goal for the past two years, under the Mars in Virgo-coloured goal cycle.

Become a Willow's Web Astrology patron to read the full article. Full articles available only as excerpts on the main blog are emailed to patrons.
Posted by Willow at 7:48 AM

Such a great article. Especially the last third or so, I took heart from. :) Glad to be a subscriber, the full article was definitely worth it! Thank you for providing practical ways to navigate the choppy waters we are in/will be. Much needed and appreciated. :)

Forgot to add: thanks for bringing up last winters Pisces stellium... its good to know in advance that the same feeling will be in place, good to be prepared. Heavy 12th house here, that stellium was brutal. :(