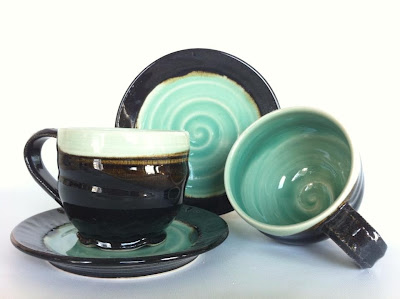 Venus enters its domicile Libra tomorrow morning at 10:37 a.m. CST (where it will be until September 11) and swiftly moves into the first wave of cardinal Grand Cross configurations August 23 - 27.

A new social framework is being put in place over the next nine months, and this first wave, initiated by Venus, sets the tone.

The personal planets Mercury, the Sun, and Mars will follow Venus into Libra, activating further waves of cardinal Grand Cross configurations in September, October, and December 2013, culminating in The Big One - an exact Grand Cross formation involving Mars, Jupiter, Uranus, and Pluto at 13 degrees of the cardinal signs in April 2014.

We're being positioned and re-positioned - often dramatically, often unexpectedly - over the next nine months in an effort to reformulate relationships and social scenes to better fit the requirements of the astrological Aquarian era. Rules are changing. Ideals are shifting. Conventions are dissolving. Power dynamics are breaking down.

We can expect situations to escalate around the times that the Grand Crosses become exact, reaching crisis points that require decisiveness and leadership. These crises will often be related to the failure of the old set-ups, requiring that we find a new way...and quickly.

With Pluto involved in the Grand Crosses, potentially uncomfortable issues related to power are being drawn to the surface in relationships with an impetus to examine, make aware, and then transform. With Uranus involved, relationships and personal directions within relationship can change dramatically and unexpectedly as new insights and events arise. People will be rebelling from attempts to pigeonhole them in outdated relationship roles. With Jupiter in the mix, it is our wisdom, our truth, and our personal guiding philosophies (and those of our families) that provide shelter during the Grand Cross storms.

Jupiter in Cancer is now moving out of range of the Grand Water Trine with Saturn in Scorpio and Neptune in Pisces. The flowing, energetic glue that was holding things together is now gone, and there is little buffer from the tensions of the Grand Crosses.

Understand that people are going to be a little (or a lot) on edge.

As we experience the series of cardinal Grand Crosses, we will also experience retrogrades of both relationship-related planets. Love and partnership planet Venus goes retrograde in Capricorn (28 to 13 degrees) from December 20, 2013 to January 30, 2014. Sex, attraction, and desire planet Mars goes retrograde in Libra (27 to 9 degrees) from March 1 to May 19, 2014. These retrogrades within cardinal Grand Cross indicate a major 'turning over of the earth' in relationships of all kinds as we hurtle further into the astrological Aquarian era. It is movement in our relationships and social scenes that catalyzes the biggest shifts as far as the ways in which our lives are structured.

The personal planets in Libra will be hitting all the relational marks we were challenged on during Saturn's transit of Libra (October 2009 to October 2012). During that transit, we set new, concrete standards for relationships and partners. We were challenged by illusion, delusion, and wishful thinking in love and relationship. We were tempted by dead ends, siren songs, and karmic loops. Don't be surprised if themes (or people) you thought you had resolved are kicked up again by the transiting planets in Libra. As the personal planets move through Libra and activate the Grand Crosses, we must prove in active and immediate ways that we've earned our new social authority, our new social positioning.

The transit and retrograde of Mars through Libra, in particular, is an activating transit for the Uranus, Neptune, and Pluto in Libra generations, who are challenged to create "right human relations" during a quite inhumane period in human history.

The way people are treating each other on this planet, and the way they are being treated by the state, is fairly dismal in many cases, to say the least.

The eight-month transit and retrograde of Mars through the sign of its detriment, Libra, indicates we will have to fight (Mars) for the social relations (Libra) we wish to see on this planet. It is going to take active effort to maintain respect and a sense of peace, as well as our care for others despite exhaustion and overload.

Keeping our social balance and grace under these very intense and demanding cardinal Grand Cross energies will not be easy, but what is worthwhile is rarely easy.

'Social justice and change' are the names of the game with the personal planets in Libra activating the cardinal Grand Crosses, and these urges can be seen around the world.

Beauty-themed Venus in Libra within cardinal Grand Cross, in particular, indicates a time when we can flip the bird to destructive, media-driven beauty ideals once and for all.

There is a leveling of false beauty hierarchies underway as we move further into egalitarian Aquarius. We can assist this process by rejecting the soul-devoid, competition-based versions of beauty so often stuffed down our throats and by opting for something more humane, more fair, more realistic, more respectful, something that honours the beauty in all of us.

In fact, this is a time when we can pop the beauty illusions altogether, deconstructing all image-related mindfuckery and releasing ourselves from its grip. This is a time to ask: Why let someone else dictate to you what's beautiful? Why does it matter how we look at all? Why do certain people get special treatment simply because they fit societal beauty moulds? And how do we justify all the time, effort, money, resources, and worry it takes to achieve those societal beauty standards?

Whereas the Piscean era was obsessed with a sublime, surreal, soft-around-the-edges beauty, a glowing beauty that could be placed on a pedestal above all the rest, an idealized beauty for which  we were all then trained to strive, beauty in the astrological Aquarian era is more egalitarian, diverse, eclectic, unconventional, friendly, rough-around-the-edges, comrade-based.

The truth of the matter is: human beings are kind of weird. Being a human is kind of weird. We look sort of odd, when you get right down to it. The fact that humans are so enamoured of how they look - driven to a new, narcissistic extreme by digital cameras and social media - is actually kind of silly.

Alien life forms coming across a pack of humans would more than likely not be struck by their amazing and ethereal beauty. More than likely, they would think we were kind of odd. And we kind of are.

We can drop the outdated Piscean-era beauty hierarchies and their corresponding misery - it's just going to take our conscious effort to do so.

This transit activates the Uranus in Libra, Neptune in Libra, and Pluto in Libra generations in new ways for the astrological Aquarian era, as well as anyone with a strong contingent of personal planets in Libra.

The second cardinal Grand Cross will be an exact formation, blisteringly potent, forming April 21 - 24, 2014 with Mars Rx in Libra, Jupiter in Cancer, Uranus in Aries, and Pluto in Capricorn all on 13 degrees of the signs.
Posted by Willow at 7:38 PM

Little did I realise ....4 planets Libra (Mars/Sun, Jupiter/Moon conjuncts) and really went through the grindstone 2010-2011 so read the configurations with some major trepidation. Hey ho - it's all 'stuff' At least Saturn isn't in the picture this time around - too busy sitting on my Venus! Time to transcend, if ever there was one.

Thanks Willow.. forewarned is forarmed! Brilliant piece as always!

The original version was slightly better. I accidentally deleted the whole thing just as I was putting the finishing touches on it and had to reconstruct this one from memory. haha

Great information and approach, with a nice sense of perspective into the future.
Thank you!

I echo Anonymous 8/15's sentiment. Mars in Libra in 2010 was one of the lowest points of my life, as it was during my Saturn return period. I hope it is less stressful this time, especially with the long retrograde.

Saturn is hanging with my natal Mercury this time around, at least. I've been reading and writing a lot lately.

Happy Venus in Libra! I attended Seattle HempFest with two of my friends yesterday. A very Libran outing.

Sorry your first tome got deleted, Willow. I enjoyed reading this reconstruction anyway. Thanks so much!

Thanks Willow, great insight , as always.
Any thoughts on Fukushima? No one seems to be talking about it and I think it is the most fearsome thing on the planet - Monsanto being second - but holy crap - that's a lot of radiation pouring out, how are we ever going to survive? Do you see any hope at all? I have been writing letters and posting trying to wake people up, but they don't seem to want to think about it.

Locus, exactly along the lines I was thinking of. I love her response to that mean-spirited idiocy.

Elizabeth, from the limited information I've seen, I also think Fukushima is one the biggest slow-motion catastrophes this planet has ever seen. Could definitely be a mass de-populator. Truly, truly horrifying, and the denial about it is insane. I wonder if we will all have to start growing food indoors, living via filtered air, etc. The worst part is...we just don't know. The official whitewash has been extremely effective.

This is a comment from Enenews.com that I think sums things up. This person wrote it in the comments section of a New York Daily News article.

"Tell your readers the real truth. Fukushima is a hairs breath away from becoming an E.L.E. (Extinction Level Event). The death of all life on earth. The corporate powers that control everything, including the media have been suppressing and downplaying this story for 2 and a half years but here is the truth. The "China Syndrome" event has already happened there multiplied by 3. There is more than enough nuclear fuel in Fukushima to poison the planet and it is literally being kept precariously cooled with water pumped though plastic hoses and duct tape. If any single one of a thousand possible things goes wrong that causes the site to be evacuated an E.L.E. is an absolute certainty. As it stands right now the site is almost too radioactive to keep the workers on site and it's getting twice as bad almost daily. When it can no longer be ignored, are you going to lie and tell your readers you didn't know this was happening.
Shame on all of you scared little media mice.