Today is spring equinox, the Sun has entered Aries, and we're surging forward into a new astrological year.

There's a blazingly potent Aries New Moon coming up this Thursday, March 22 conjunct Mercury Rx and Uranus and trine the Sagittarius North Node, and things are getting mighty hot.

I'll be a guest on Matt Savinar's radio show, Ask the Astrologer, on Thursday between 10 a.m. and noon Pacific to talk about this Moon, the line-up of bodies in Aries led by Ceres, the corresponding attacks on women's reproductive rights, and the horrific forced sonogram laws in the United States being brought to public awareness this month through the Doonesbury comic strip.

Throughout 2011, forced sonogram laws were tabled in 14 U.S. states and were made law in four - Texas, Arizona, Florida, and North Carolina.

These sonogram laws, brought about by pro-life Republicans, force all women seeking an abortion to submit to a transvaginal sonogram of their fetuses - involving a probe that goes into their vaginas - as the characteristics of the fetus are described to them by their doctor. The woman is then asked if she would like to see the sonogram and hear an audio recording of the fetus' heart. She can refuse this, but she cannot refuse the procedure. And in North Carolina, any woman who refuses to look at the sonogram or listen to the heartbeat has her name marked and kept in a record for seven years. The doctor is also required to discuss alternatives to abortion. Under these sonogram laws, women are also forced to wait 24 hours after the sonogram before they are able to receive an abortion, unless they live more than 100 miles from the abortion facility.

These attacks against women's reproductive rights are real, and they're going on right now.

From March 12, 2012: Ceres in Aries and the Fight for Women's Reproductive Rights

Ask the Astrologer with Matt Savinar runs every Thursday from 10 a.m. to noon Pacific on KOWS 107.3 FM. The station serves Occidental, California and West Sonoma county, so if you're in that area, please tune in. If not, a link to the show will be up a bit later on Matt's YouTube channel. 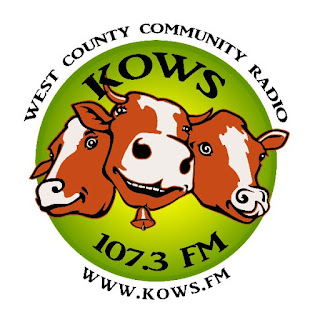 I got involved in a situation that has nothing to do with me.All I hope is that you are made to suffer as much as I have.I almost pity your utter naivete.Burn you little shit.BURN.

More insanity from the interweb! (above) Ze UK cyber stalker is back at it, I'm assuming.

Dude, I'm sorry you got caught up in a case of internet-based limerence. You'll be more careful what channels you involve yourself in from now on. But this vile shit you spew out at "me" on this blog is really psychotic and over-the-top. The best thing for you to do is to just stop yourself from coming to this site. Pick a new astrologer and focus there. Your commentary is NOT WELCOME here.

In other news, Ask the Astrologer was awesome today. Check it out at Matt's site in a few days.

You guys were great!

Is that you, Matt/Hobad? Or is this the REAL Hobad?

OMG. The real Hobad listened to the show?!

Will the real HObad please stand up?

Mini-update, this would be funny if it weren't so horrible:

But wait...doesn't the unborn child's soul decide to come to Earth three months before the egg drop? So really, shouldn't the cut off for a late-term abortion be, like, two weeks?

The insanity just will not stop.

Thank you for posting this (not watching news obviously has its down side). I find it a distressing development (understatement??) and I appreciate you posting about it.