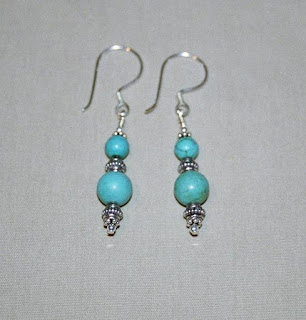 Saturn in Libra is currently clearing its previous 'retrograde shadow' - the degrees of the zodiac it retrograded over from January to June, 2011 - and moves into new territory at 17 degrees Libra on September 18.

Until then, we experience a concentrated, fairly constricting (yet also highly desirable) final resolution period for all that has come about since fall of 2010 when Saturn entered the retrograde shadow it is now clearing.

In effect, though, the resolution period we've now come to reaches all the way back to the end of October, 2009 when Saturn first ingressed Libra, the sign of relationships, balance, and social justice.

As previously mentioned, it's time to get very serious about who we have in our lives ahead of Saturn's transit of Scorpio in mutual reception to Pluto in Capricorn, beginning October 2012. The next six weeks are somewhat condensed with those responsibilities as we dig in on relationship standards and refuse to sell ourselves even a penny short.

We're about to clear a big chunk of Saturn's transit in Libra here. By early November, we are more than two-thirds through Saturn's transit of the sign. This has a relieving effect, but there are some final maturation and strengthening required related to the Libra lessons we have learned so far before we officially move on.

Pluto in Capricorn is stationing direct (September 16) at the same time as Saturn moves into new degrees of the zodiac, and this increases the pressure and adds an incendiary quality to interactions.

- Willow's Web Astrology on the Via Combusta -

As of August 29, Saturn re-entered the crackling Via Combusta zone where it will remain until November 19, 2013, and this is a very interesting combination of energies. The planet relating to the weight and constriction of our concrete, structural set-ups has just hit molten lava. Let's see how Saturn contains this.

From January 30, 2010: Saturn Retrograde in Libra and the Via Combusta Venus Themes Come Up For Review

The Via Combusta is an area of the zodiac between 15 degrees Libra and 15 degrees Scorpio (except for 23 and 24 degrees Libra) known as the burning path or combustible way. Traditionally, it is associated with "unfortunate and ineffectual events."

My interpretation of the Via Combusta is humanized and comes from the point-of-view of a person experiencing life with key natal placements in this area.

When the Via Combusta is strongly highlighted, there is a feeling of running the gauntlet through sometimes seemingly insurmountable odds, collective karma, booby traps and friction, very often related to relationship dynamics, which are Libra and Scorpio territory.

There's a fire in the Via Combusta and within people with a strong Via Combusta signature that keeps them burning, burning, burning a path through life as you would imagine a shooting star burning an accelerated path through the night's sky. There's a feeling here that one has to keep going, no matter what, through the wreckage of old, crystallized layers that would keep us stultified, constricted, and unsatisfied with old wounds perpetually reopened by a revolving cast of characters.

The basic goal of the Via Combusta is to reach escape velocity. In space travel, this is the point a space shuttle reaches when its speed and momentum allow it to escape the effects of gravity pulling it back down to Earth. In the case of the Via Combusta, it's about reaching the points of awareness and pure momentum where we escape the gravity of the sticky, tricky wreckage trying to draw us back into old territory, especially involving old constructs and dynamics of relating.

But with Saturn in the Via Combusta, we have to earn the right to pass. We have to prove that we're mature enough, serious enough, and that we've taken full responsibility for moving on completely, resolving the bits of dramatic charge and the last karmic tendrils that would catch us, tempt us, and drag us back. This is escape velocity for the long-term, under the weight of Saturn.

Juno, the (at times) highly fated soul mate asteroid, exactly conjuncts Saturn in Via Combusta Libra September 17/18 at 17 degrees. This conjunction is strong throughout September, colouring autumnal equinox in the northern hemisphere as the Sun enters Libra September 23 and day and night are perfectly balanced.

The people in our lives are kicking up meaningful themes and providing useful pressures that bring us to a new and more mature outlook, a stronger relational position, and a rock-solid foundation of equilibrium, no matter what's going on with the people and in the societies around us.

In basic terms, the first 30 days of fall find us with a major infusion of Venusian energy with Venus in its own sign and a Juno-Saturn-Venus-Mercury-Sun stellium in Libra.

During this time (October 6-19), Venus is also passing through the degrees of its fall 2010 retrograde through Via Combusta Scorpio and late Libra. This is another crackling, 'resolution of relationships past' zone, especially related to what has come about since the fall of 2010. This Venus transit will provide us with a status report on how far we've come in relationship since last fall and what points might still need a little Saturnine effort applied.

A very interesting thing about the conjunctions of Juno, Venus, Mercury, and the Sun to Saturn is that they all take place as Saturn enters new degrees of the zodiac (17 degrees Libra to 22 degrees Libra) that it will move through quickly, in one pass, with no retrograding back. In effect, this is a clear zone. There is a slowness and a seriousness to the proceedings considering the circumstances on the planet at this time, but September 18 to November 3 is a time period ripe for potential progress, especially of the relationship/partnership variety. Foundations laid during this time are set for the long-term.

The Juno-Saturn conjunction September 17/18 happens just as Saturn crosses into this new degrees territory, indicating a potent and fated period involving other people for fall 2011.

There is an indication of strategic partnerships coming to the forefront and being solidified and reinforced through these conjunctions to Saturn. These are fated relationships designed to bring about personal and broader social/sociological progress that could not be achieved alone. These partnerships, if handled responsibly and constructed on a just and balanced foundation, have the ability to initiate long-term mutual improvement of social position and public status, especially if they involve the amelioration of long-standing issues of social justice and equality.

There is a strong level of social responsibility indicated. The partnerships that solidify around this time can act as structural frameworks for the larger social scenes, acting to bring people together and keep people together during times when many forces are attempting to tear the social fabric apart.

With Juno leading the way into the Saturn conjunctions, we are challenged to continue the necessary rebalancing between masculine and feminine and men and women, sharing both status and the responsibility and work that come with it.

- Spica and Arcturus: Safe from the Heat -

Saturn first enters these fortunate degrees November 5, extending the grace period for progress until November 22 when it moves off the 24th degree of Libra.

Saturn will retrograde back to these safe haven degrees in May and June 2012. Saturn Rx will be conjunct Spica at 23 degrees Libra during the Venus Transit in Gemini on June 5, 2012. This is an indicator that that Venus retrograde through Gemini and the Venus Transit (the eclipse involving Venus, the Earth and the Sun) could bring very fortunate happenings to those who have learned and applied their Saturn lessons well.

its posts like this that make me say "note to self: self, when we are some type of world overlord, second order* of business is to install Willow as a highly renumerated Earth Priestess"

*first order is looting the Hamptons.

I call dibs on the sterling gravy boat shaped like a swan and encrusted in Swarovski crystals!

I've been allowing Saturn to have its way with me, essentially letting the planet kick my Libra ass, for a few years now (ever since it was in Leo, really). And it's working. I feel fired up, like ready to take on anything. Purposeful. This is good. This is very good. Summer kinda blew chunks. I'm looking forward to fall...

funny, i never really explored via combusta very deeply. vaguely entertained its significance but never really considered it seriously. perhaps it's because of all the extremely skewed interpretations of the aspect all around- makes one a little wary. Anywho, thanks for shedding light on that.

I like your take on via combusta, Willow. It seems to fit with my own life experiences, having my natal Venus/NN/Sun/Neptune/Mercury/Jupiter (as well as a bunch of asteroids) within this range.

i think this post is so on target in terms of the last 2 years of my life. it is spooky. i am a cap sun and moon in the 11th with saturn at 19 degrees aries. it is all so crazy, willow et al. "get up trinity, get up!"
lilith is opposing all that stuff happening with saturn in libra, isn't it?
i am glad you are here.

with natal Jupiter sitting in libra 22nd degree near that fixed star spica , i just hope that it dosent get get its fat self in the way of things