Please note: these are very much do-it-yourself/amateur booklets. Apparently, the zines of today are mostly done with design programs and such, but I'm a teen of the '90s, so I'm all about the old school. The information inside has been compiled and written by a professional, however!

All titles are available at the WWA Etsy shop

- How to Spot Controlled Opposition: Reclaiming the Energy, Passion, & Effectiveness of the Resistance

- Mercury-Black Moon Lilith Contacts, Censorship, and Reporting from the Fringes

- Dystopian Flames: the True Cost of Oil Production on the Canadian Prairies 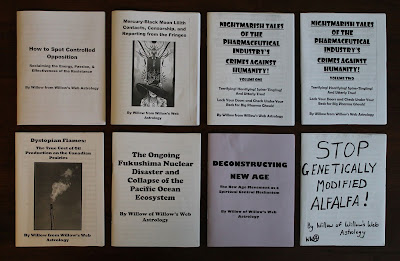 See below for detailed descriptions.

- HOW TO SPOT CONTROLLED OPPOSITION: RECLAIMING THE ENERGY, PASSION, & EFFECTIVENESS OF THE RESISTANCE - 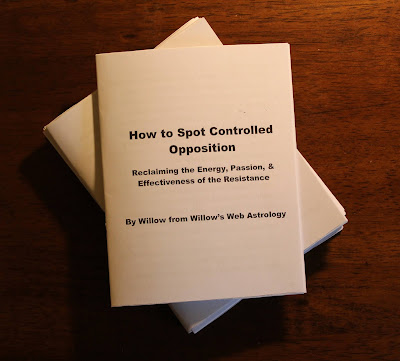 - a 16-page zine on How to Spot Controlled Opposition

- MERCURY-BLACK MOON LILITH CONTACTS, CENSORSHIP, AND REPORTING FROM THE FRINGES  - 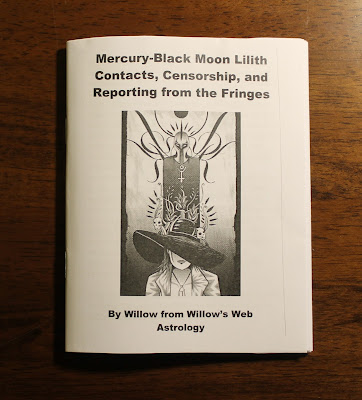 - included in the zine is reporting and photo-journalism from the Free Trade Area of the Americas protest in Quebec City in 2001.

- DYSTOPIAN FLAMES: The True Cost of Oil Production on the Canadian Prairies  - 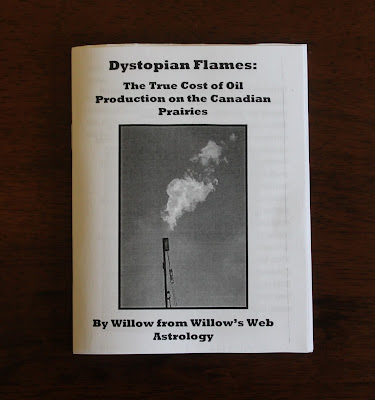 - a 24-page pocket-sized zine on open oil flaring and the release of toxic by-products from oil production, going on across the Canadian prairies 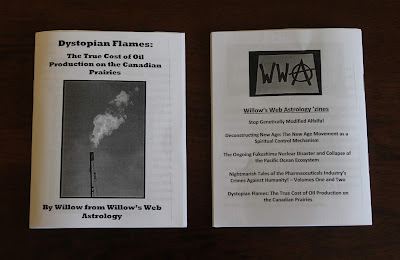 Front and Back Covers

- NIGHTMARISH TALES OF THE PHARMACEUTICAL INDUSTRY'S CRIMES AGAINST HUMANITY!  -

Volumes One and Two 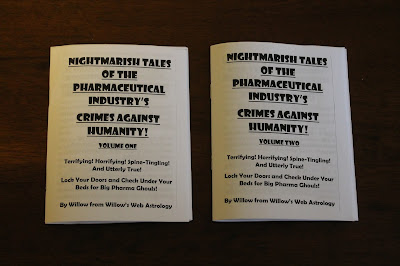 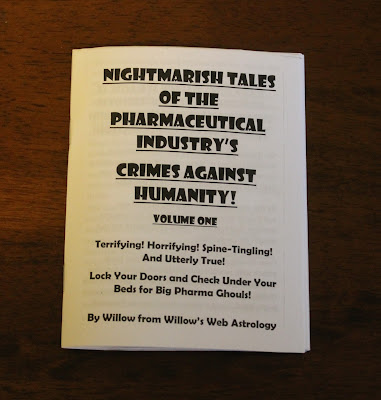 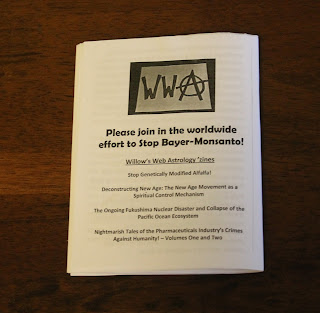 VOLUME TWO - too many hair-raising tales for just one zine! 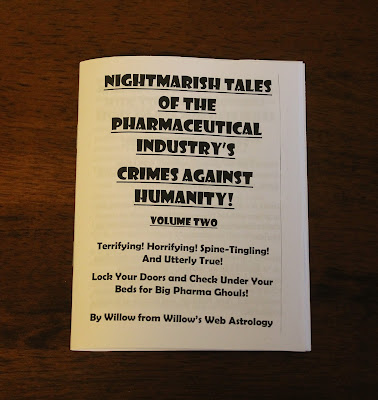 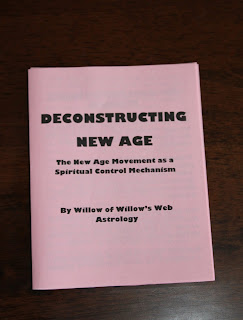 - far from being innocuous, this zine makes the argument that New Age is a spiritual and mind control mechanism

available at the Etsy shop
Back cover: 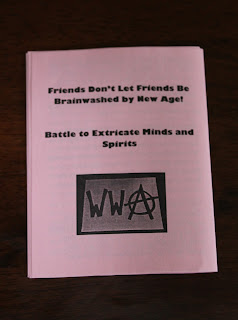 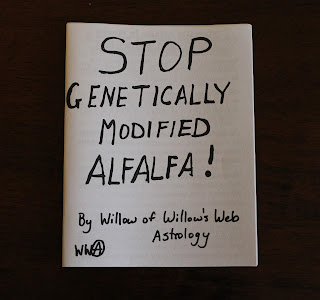 - educate yourself about the dangers of GM alfalfa, its spread into the natural crop, and what you can do to protect yourself and those you love

- then pass it on to someone else or to an organization! A friend, an elected official, a media outlet, a local library or zine library, an activist group, an organic group or grocery store. The possibilities are darned near endless!

available  at the Etsy shop 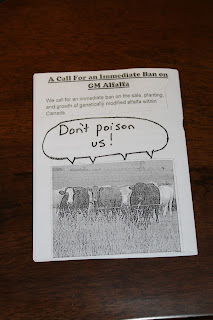 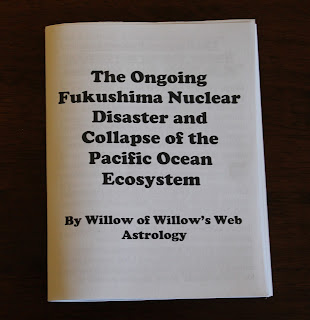 - a 32-page pocket-sized zine published on the sixth anniversary of the beginning of the Fukushima nuclear disaster - unfortunately, the information in this zine is still pertinent

-  a distillation of WWA research and articles compiled since March 2011

available at the Etsy shop
Back cover: 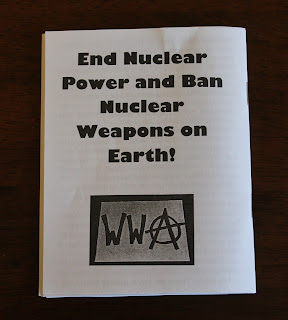 Buy a Zine and Willow Will Release it Into the Wild!


This is an option for people who would like to sponsor the releasing of a zine into the wild but who do not have the time or inclination to do it themselves. (I know most people are stretched for time and energy these days.) You can purchase a zine along with the basic postage cost, and I will send that little zine on its way to an effective landing spot. You can select the location where you would like the zine to be sent, or you can leave it up to me. You can also add a bumper sticker to the Stop GM Alfalfa zine, if you're feelin' it.

Some possibilities for sponsoring the release of a zine:

- sending the zine to a media outlet, a politician, a public figure, a friend, a journalism school, a community group, an activist group, etc.

- donation of a zine to a 'zine library: this gets the zine out into the zine-reading public and ensures that it is available to people to read for free

- donation of a zine to an anarchist/community bookstore that sells zines: this provides a little cash for the bookstore - many of which are struggling to survive - when the zine sells and also gets the zine out into the public

- distributing it in some public place at random: in a park, at a bus shelter, at a Farmers Market. This adds the exciting element of chance! Who knows who might come across it?

- or come up with your own idea for distribution

How do I purchase a zine?

You can email me with the zine title you would like, and I can send a PayPal invoice for the cost + shipping out to you.

Or you can purchase through the Etsy shop: https://www.etsy.com/ca/shop/WillowsWebAstrology?ref=seller-platform-mcnav